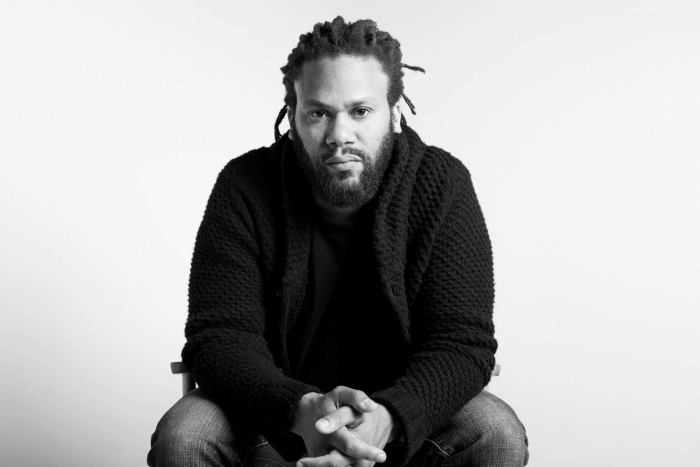 Today’s PEN Pod episode features our conversation with Franklin Leonard, film executive and founder of The Black List, a publication founded in 2005 featuring the most liked, not-yet produced screenplays in Hollywood. Among those that have gone on to success are Argo, Slumdog Millionaire, The Wrestler, Spotlight, and many, many others. A producer, commentator, and entrepreneur, Franklin is also a trustee of PEN America. We spoke with Franklin about how the pandemic is impacting writers of the film industry, the historically underrepresented communities of writers, and where the industry may be headed.

How do you see this pandemic impacting the entertainment industry, and in particular, writers?
I think it’s a really interesting situation because obviously, we can’t make movies or television right now. It’s a collaborative medium, where people are often working in close proximity, so that’s not an option. A lot of things that were in production just shut down. But writing is work that can be done alone in your apartment, or you know, via Zoom meeting, and then alone in your apartment. And so, in talking to a lot of writers, their day-to-day of doing the work has not changed. It’s just the circumstances in which they’re doing that work has been thrown into extraordinary uncertainty. And that is oftentimes a recipe for a great deal of anxiety and stress. So the real challenge that many writers I know are facing is not so much, “Can I write right now?,” because you can write anywhere. The question is, “Do I have the focus to write well right now?” and “What should I be writing right now and for whom?” Who is even going to be making the contact, the content, the movies, the television, the web series, whatever when all of this is over, and what is going to be possible when all of this is over? No one has the answers for that, honestly.

And it’s not like the business wasn’t already feeling some intense pressure, especially on writers.
Absolutely. In the film industry at least, domestic revenue has been pretty flat for the last decade, and international revenue is unpredictable at best. Streaming was putting additional stress on everybody, business model-wise. And that obviously trickled down to writers, who are often the lowest person on the totem pole when it comes to above the line talent. I try to be optimistic about the opportunity for moments of uncertainty like this to create opportunity for people who are thinking creatively and ambitiously about changing business models. But I also know that this is an inherently conservative industry when it comes to changing business models, and they will resist that change until it is absolutely necessary. I think the best thing that writers can do to put themselves in a position to really take advantage, business-wise, is to generate as much new brilliant content as they can during this time when they’re stuck at home, no matter what they want to do. If you can come out of this moment with a brilliant script, a brilliant novel, a brilliant story well-told, there will be a need for it from people who are willing to pay you money for it. And you might be in a good business and a good negotiating position.

“I think that there is going to be an explosion of brilliant art that comes from people, in all art forms, responding to this lived moment. And I just hope to be around long enough to see it, is my attitude, and to be a part of the process and part of the systems that make it more likely that those things can be brought to the public and that the creators can be well-compensated for that work.”

Could this crisis be changing things when it comes to how Hollywood operates, or maybe not?
I think this moment is going to change literally everything, up to including just basic human interaction. The one thing that I’m certain of about whatever happens after this is that people will be less inclined to work with people who do not treat other people well, as a matter of doing business. Like the “life’s too short” category will be filled with more people, and those people will be less likely to be employed after this is all over, I suspect. We’re just going to have a lower tolerance for obnoxious behavior, I hope. And that’s the only thing that I’d be willing to put money on if I’m being totally honest.

The other thing I suspect is true is that after this is over, we’re going to want to see stories about human resilience. I think we already do, but I think there’ll be an even greater urgency for them. And I think that we’re gonna want to see things that comment on this moment without being about this moment. Well, I look forward to the first pandemic comedy. I look forward to Wong Kar Wai and Bong Jong Ho’s treatment of this moment, while I’m thinking about the filmmakers who I’d be particularly interested in what they have to say. I think that there is going to be an explosion of brilliant art that comes from people, in all art forms, responding to this lived moment. And I just hope to be around long enough to see it, is my attitude, and to be a part of the process and part of the systems that make it more likely that those things can be brought to the public and that the creators can be well-compensated for that work.

How do we support women writers, differently abled writers, and writers of color who are trying to build their careers and are now up against this uncertain moment?
I mentioned earlier that there’s sort of the realities of the industry trickle down, and they trickle down to writers being the lowest people on the totem pole, and they trickle down within the writers’ community to people who have been historically underrepresented in front of and behind the camera. And you describe a lot of those groups. It is a profoundly difficult thing to be a disabled, black, queer woman at this moment, as a writer. I know a few profoundly talented people that would fall in that category.

How can you help those people? First and foremost, put money in their pockets. If you have the resources, and you can find somebody by that description? We have things like Venmo and Cash App. You don’t even have to see them face-to-face in order to help out. The second is to look for organizations that are supporting those folks. There are great organizations like CAPE, the Coalition of Asian Pacifics in Entertainment. GLAAD does amazing work with the queer community. The Media Access Awards and Easterseals do great stuff for the disability community. ARRAY does amazing stuff for all communities. I think supporting the organizations that support those communities and know a lot more about those communities than you might is always wise. The third thing is to consume and celebrate the brilliant work of the people that are part of these communities. We all have a ton of time at home right now in front of our various screens. Seek out work by brilliant women of color—disabled, queer, Muslim. Seek out the full flower or the full bloom of cultural and artistic expression in the world right now, because we have a lot of time, and there’s a lot of great stuff out there that you don’t know about yet—that I don’t know about yet—that is just waiting there to be enjoyed. And then you win, and they win. So I think that’s the best thing: the transfer of money. Second best thing: transfer of money to organizations that do the same thing. And the third thing is just like watch a bunch of good movies and television, read a bunch of good books. There are worse ways to spend your time.

That’s definitely true. And speaking of, what books, movies, or albums are you using to spend up some of that time right now?
I’m trying to read a lot of screenplays right now. Like everybody in Hollywood, I have a stack of stuff that I was supposed to read years ago or months ago or weeks ago that I finally have time to catch up on, which is nice. And I’m lucky that I built a business that’s designed to find good stuff. So the stuff on my pile, I can reasonably be sure is all good. And we’re also, by the way, getting a lot of incoming contact from agents and managers asking, “Hey, can you recommend some scripts for our actor clients and director clients to read because they’ve got a lot of time right now?” So I’m trying to do a lot of that work. And I’ll admit that Tiger King got me, like literally every other human being on earth apparently. I resisted. And then it could not be denied.

I’m also in this very lucky position where I have friends who are filmmakers who are in post on their movies. And they’re like, “Hey, do you want to see what we’re working on and give us feedback?” I think they all know that everybody has a lot of time. So I get to see a lot of stuff that no one’s seen before and that I can’t talk about yet. But there’s good stuff. There’s still good stuff coming after this is all over, and maybe during it. So it’s wide-ranging. I know that I personally am looking for things that are light and take me out of the anxiety and overwhelming sort of fear that I feel in a moment like this. And I don’t think I’m alone in that. There’s no shame in looking for something light in this moment. It ranges. You know, I’m sure tonight I’ll want to watch Contagion again, which would still be a mistake, but I might do it anyway.