The PEN Pod: Recovering Lost Stories and How They Can Inspire the Present with Fatima Shaik 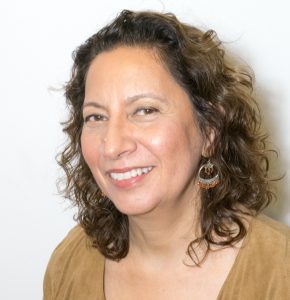 Today on The PEN Pod, we spoke to author and member of PEN America’s Children’s and Young Adult Book Committee, Fatima Shaik. Her new book, Economy Hall: The Hidden History of a Free Black Brotherhood, documents a group of activists from different parts of the world in the 19th and 20th centuries who fought for reconstruction rights in the American South. Fatima told us more about the Economy Society, the serendipitous process of finding the society’s journals in her childhood home, and how words from 1836 are resonating in 2021. Listen below for our full conversation (our interview with Fatima is up until the 10:16 mark).

Let’s start with the book. Tell me about this new book, what’s the story of the Economy Society?
The Economy Hall and the Economy Society is about a free Black community that began in 1836, and the book goes from the Haitian Revolution to the birth of jazz. This society was probably the most prosperous and influential Black community prior to the Civil War because its members—not only being in New Orleans, but they had members in France and Italy and Mexico—were activists during the Reconstruction period.

For those who don’t understand this free Black movement and what was happening in the American South at that time, could you give us a little context?
When the Economy Hall and Economy Society started in 1836, this was 30 years before the Civil War and about half of the people—Blacks in New Orleans—were free. There was a large community at that time that was advocating for their rights even though there were laws against the things that they could write, so they used certain ways to get around it.

They used a lot of metaphoric language, and then after the Civil War, a lot of these people who are already literate had real estate and families that supported each other. They were able to get into the Reconstruction government. Reconstruction is basically the period after the Civil War for about 10 years—in New Orleans and Louisiana—where there were equal rights, suffrage, and the ability to have integrated education, which went a little further than the rest of the country.

“To persevere, you have to keep going. When you see things like white supremacy coming down the pike, when you first hear those words—those dog whistle words—that is the point at which you should stop things. Looking at history will show you what those dog whistle words are, and what those actions are, because it does build to a bigger movement as we saw on January 6th.”

Tell me the genesis of how you got to the story. How did this book come to be?
This book was a surprising find for me actually—a strange and surprising find. My father had rescued some books off of the back of a dump truck when I was a child, and he put them into the closet at home. They sat there for about 50 years—and I was a writer already—I was looking for a new project and I said, “Let me take a look at these old books.” The books turned out to be the journals of the Economy Society.

These were the journals that they had written the minutes of their meetings that had taken place from one week to one month apart for about a hundred years. I spent two decades reading the journals and putting them into context by looking at the men’s birth certificates, real estate holdings, and all sorts of things that would put the dates into context.

It’s just incredible—like serendipity—to find this stuff among these papers. What an extraordinary amount of work it must’ve been to pore through all of that—as you said, it took you quite a long time.
It did take me a long time. It took me a long time, first of all, to decipher the handwriting and to brush up on my French. When I didn’t understand any particular idiom, I would call friends or talk to people who knew something about French on my faculty at St. Peter’s. That was the beginning of it. After that, I had to say, “What is going on in these things?” They would say something about, “Let’s remember the terrible day in 1866,” or they would say, “This terrible thing happened on Friday.” I’d have to look and go back to all the newspapers.

I’d go to the genealogy sites and newspapers and say, “Okay, this is the date and what happened.” They did that a couple of times—more than a couple of times, actually—but two important times. One time when they were making too much progress during Reconstruction, they were putting candidates up to be voted on, and their building was ransacked.

“We have to understand that we all have to learn every day. One of the things that they did in the Economy Society is, their motto was ‘to help one another and teach one another, and put out a hand to suffering humanity.’ Now, I think that resonates with Black History Month.”

They had done a voter registration drive, and some of the Democrats—they were Democrats at the time—came in, burned the building, and tore up the voter registration books. Another time was in 1866 when there was an actual massacre in New Orleans of men who had gone to a convention for the vote. The police came in and just started shooting everything up.

A few members died, one of the member’s sons lost an eye, and they would put things like, “That terrible day” in because they didn’t want to write everything out. It seems like the good things they wrote out in detail, and the things that were bad they would make a passing mention, and you had a feeling that there was a lot of conversation going on outside of the page.

So much of your work had to be reconstructing and retelling. Chapters like the voting piece are so resonant right now—it’s like everything has changed, but nothing has changed. The idea that you were able to, in some ways, resurrect stories that maybe we wouldn’t know otherwise—how do you think those types of anecdotes might resonate with people who pick up this book now, especially today as we struggle with anti-Black racism, a pandemic, and so many social ills?
It made me see that nothing’s new under the sun, and that  to persevere, you have to keep going. When you see things like white supremacy coming down the pike, when you first hear those words—those dog whistle words—that is the point at which you should stop things.

“Buy the books, start reading. Reading is so accessible to us over the internet, but if we want to make a difference, we would buy the books and show that there’s a need to continue to publish these voices.”

We’re obviously in the middle of Black History Month, and it’s such a funny time for organizations like ours—or other groups out there in the world—that want to reflect on February as a time to honor an uplift Black history. But the challenge is, how do we do that every day? How is it not just limited to this period, and how does it in particular center Black voices and voices of color? I’m wondering as a historian—as someone who thinks and writes on these issues—what do you think we can do to ensure complex stories like this continue to get told?
We have to understand that we all have to learn every day. One of the things that they did in the Economy Society is, their motto was “to help one another and teach one another, and put out a hand to suffering humanity.” Now, I think that resonates with Black History Month.

We can continue to teach each other—and we can help one another—but in particular, we would help Black history. We would help people of color by knowing the context, knowing the history. I would say buy the books, start reading. Reading is so accessible to us over the internet, but if we want to make a difference, we would buy the books and show that there’s a need to continue to publish these voices.

Obviously your book is getting great reviews and lots of recommendations. What’s on your bookshelf right now?
Right now, I am reading Caste by Isabel Wilkerson, her latest book. I love The Warmth of Other Suns, and now I’m reading Caste. I’m also reading the Barack Obama book. I had read Michelle Obama’s book, so now I have to read Barack’s book.

I am also waiting for a book by Gwendolyn Midlo Hall called Haunted by Slavery. She’s from Louisiana, and she created an African database of people who were brought to Louisiana, and it’s a wonderful resource. If anybody wants to look at it, it’s online and it shows the people who are brought in by their tribes and by their occupations. It really looks at them as human beings, and it’s a searchable database. You can find people’s names, where they lived, and what years they came here. Now she’s a 91-year-old, and she’s writing her memoir. I’m anxious to see that come out in March.

The PEN Pod: Writing as Medicine with Sandra Cisneros and Jane Marchant

The PEN Pod: On the Release of Loujain Al-Hathloul and Conscientiousness with Language with Suzanne Nossel