The PEN Pod: On Trauma, Identity, and Reinvention with Dan O’Brien 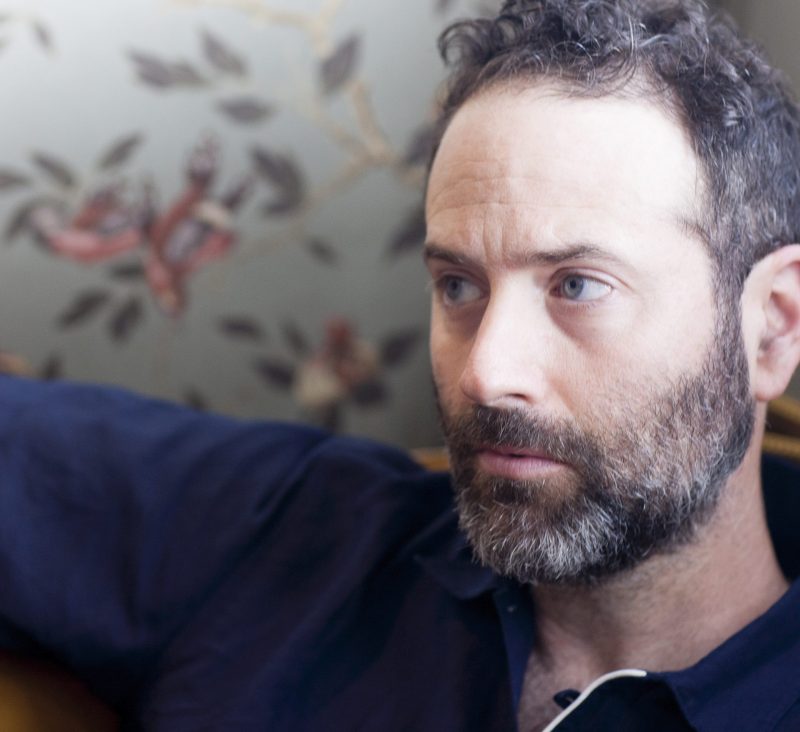 Today on The PEN Pod, we spoke with poet, playwright, Guggenheim Fellow in Drama, and PEN America Member Dan O’Brien about his two latest books—an essay collection titled A Story that Happens: On Playwriting, Childhood, & Other Traumas, and a poetry collection titled Our Cancers. We spoke with Dan about reinvention of the self after trauma, writing as a means of survival, and how theater has changed as a result of the pandemic. Listen below for our full conversation (our interview with Dan is up until the 16:32 mark).

On the Development of the Essay Collection

“I was invited to deliver a lecture, a craft lecture [at the Sewanee Writers Conference]. I was terrified at the prospect. I love teaching, but I’m not a big believer in rules or so-called principles of writing. So this invitation to read was a challenge, and I wanted to approach the craft of playwriting from a very personal perspective. So that meant for me, at the time, I had to also write about playwriting and writing in general from the perspective of a cancer survivor. . . .

“Part of the project, for me—a sort of secret I was keeping—was this challenge that if I was still alive the next summer, I would hopefully write another lecture, about another approach or another aspect of playwriting and again, probably in relation to my survival and recovery and reemergence from cancer. Knock on wood now, that’s been five summers. About a year ago, the book came together because a publisher in the U.K. was interested in publishing the first four essays together, and then Dalkey Archive Press in the U.S. was interested in bringing it out just a few days ago, in September. So it was a very natural process.

“But on a deeper level, the lectures were an opportunity for me to reexamine who I was. A big fundamental theme in the collection is the idea that trauma forces reinvention of identity. It shatters your life—it changes who you are, obviously. Some of that is passive, some aspects of trauma obviously happen to you, some results of trauma are much more creative and constructive, in terms of trying to discover who you’re going to be as an individual and in my case, as a writer, post-cancer. It’s an ongoing process.”

On Trauma and Creativity

“We’ve all been through and are going through a medical trauma, an existential trauma. Some people have experienced it in a much more direct way than others, but I remember when the pandemic began, seeing everyone in masks for the first time, feeling like the world was suddenly in cancer treatment. There was just this sense that what I’d been through, what my wife and I had been through five years previously was suddenly, in some sense, happening to everybody.

“So I can’t help but see a lot of resonance and parallels between our experience of cancer, or anyone’s experience with a medical trauma, and what we’ve all been going through with COVID. I hope people can relate to that idea of reinvention—it sounds toxically positive, to say, ‘Look at the positive aspects of the trauma,’ but for me, as a writer, as an artist, it’s about looking for meaning. Let’s try to shape meaning out of the chaos of cancer, or the chaos of a pandemic—trying to create, and trying to connect.”

On Writing as Survival

“I hope both of these books can maybe, in some way, comfort some people who are going through something similar. That can sound grandiose and I don’t mean it that way, but I think with cancer especially, it’s a taboo in so many ways, and we hear so often only, or mostly, the stories of people who don’t survive. It’s important to me—it has always been important to me—with everything I’ve written, whether writing about child abuse in my childhood; for years I worked with a war reporter named Paul Watson, and trying to adapt his work for the stage and into poetry, in terms of writing about the war zones that he’s been to—it’s so important to me to push through the taboo of what we shouldn’t speak about and can’t speak about, or feel we can’t speak about.”

On the Future of the Theater

“Like all theater people I know, I’ve been grappling with that question of just how are we coming back, we’re in the midst of coming back. . . how are we going to come back in a different way, because obviously like many communities in our culture, we’ve had a year and a half to reflect and reckon with aspects of our industry that many people are unhappy with. So again, I think this is an opportunity—the post-traumatic opportunity for reinvention. I’m fairly ambivalent at this point just how much change is going to happen, or how soon or how fast that change is going to happen. Clearly, people just want to get back to work and are getting back to work.

“Here in London, it really seems like the theater is up and running, and New York is getting there. But I’m curious to see—I think the people I talk to are very split, in terms of some people feeling like they want theater that is even more socially engaged, because of what we’ve been through in the last few years, and then other people who seem to think audiences are gonna want to go to entertainment, including the theater, for purely escapist experiences. I think the jury’s out in a lot of ways. Again, related personally to where I was five years ago, and feeling like five years ago, I felt an invitation to recommit to some of the core values I had as an artist, as a writer, and to think in terms of the long term. I think I would encourage my friends and colleagues to think of change in the theater as something that will most likely take more time than we’d like. But I don’t see how everything we’ve been through won’t alter, again, the identity of the theater as a culture.”