The PEN Pod: Singing About Dark Times with Carolyn Forché 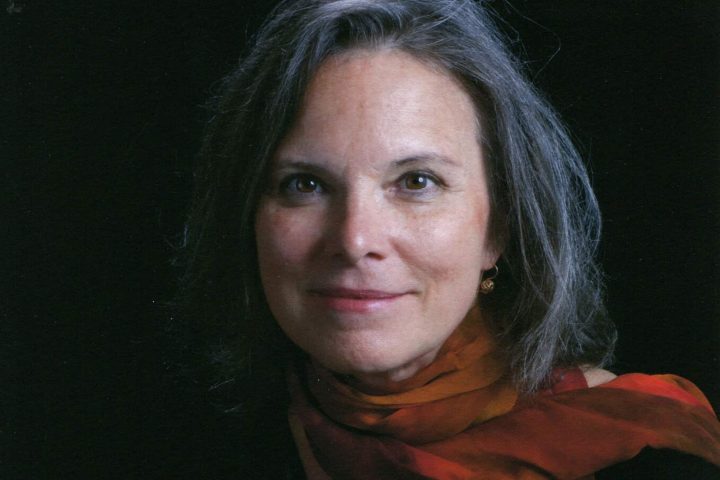 In today’s episode of The PEN Pod, we’re joined by award-winning poet, activist, translator, and memoirist Carolyn Forché. Carolyn was scheduled to read from In the Lateness of the World, her first new poetry collection in 17 years, at a PEN Presents event, which like many of our author events during this time, was unfortunately canceled. She spoke with us about the new collection, how poetry can take on new meanings in moments of extremity, and the power of collective experience. She also read us the opening poem from the book, “Museum of Stones.”

Do you find the solitude of this moment particularly conducive to your work, or do you find it too tension-filled because of the crisis?
It’s not conducive to work. I thought it might be. I thought, “Well, now I’m going to be able to write and get off the road.” But I feel an uneasiness, a constant low hum of worry and concern. One wakes up wishing that it had been a dream, that it will be all over somehow. But I don’t think I can really write under these circumstances, and I admire those who can.

In the Lateness of the World is your first new poetry book in almost two decades. Tell me about it.
The title comes from a Robert Duncan poem that’s titled “Poetry, a Natural Thing.” It has the lines “The poem / feeds upon thought, feeling, impulse / to breed itself, / a spiritual urgency at the dark ladders leaping / This beauty is an inner persistence / toward the source / striving against (within) down-rushet of the river / a call we heard and answer / in the lateness of the world.” So I think my collection, written over a period of 17 years, is about that spiritual urgency. If I could summarize it in any way, it’s a book about bridges, migrations, and journeys. It has a number of elegies. There are a lot of birds in the book—not only the bird on the cover, which I believe is a crane, but also doves, egrets, kittiwakes, and oystercatchers.

I noticed as I was moving the poems around to build the collection, and taking poems out and including poems, that they were whispering to each other. That even though it wasn’t a book-length subject, they had correspondences and echoes, and they seemed to be in conversation. And that had to do with survival, mourning, a kind of tranquility of the spirit. So it’s difficult to describe the book, in summary.

“Bertolt Brecht said, ‘In the dark times, will there also be singing? Yes, there will be singing about the dark times.’ I think people have always turned to poetry in moments of extremity, because poetry arises—it’s deeply sourced, it’s memorable, it’s musical, and it offers us awareness.”

How does it feel to go back and read your work, now that we’re in this moment of being locked down, restricted, and even existentially concerned?
I think the book is haunting, in a way. When I read through it again, after this pandemic began, I realized that somehow these poems had been written toward this for a long time. When I read them in light of the pandemic, they take on a different light. There’s a different tone; they seem to be speaking on their own, toward something that we are experiencing all over the world—all of us.

Many writers have told us that they are turning to poetry right now. Why do you think that people are turning to poetry these days?
Well, poetry—people say it’s the natural prayer of the human soul. Bertolt Brecht said, “In the dark times, will there also be singing? Yes, there will be singing about the dark times.” I think people have always turned to poetry in moments of extremity, because poetry arises—it’s deeply sourced, it’s memorable, it’s musical, and it offers us awareness.

“Even our world wars weren’t fought in every nation. And so, [this pandemic] is something that’s binding humanity together as humanity, as the collectivity of the species. And it’s something that’s challenged all of us on earth at once.”

Do you think that the concept of “poetry of witness” resonates more now than it has before?
Poetry of witness is written under the impress of extremity, and as we’re all experiencing extremity now, I think all writing is writing of witness in our moment. All over the world, in fact. I think of it as writing in the light of conscience—as Marina Tsvetaeva would say, the Russian poet. But in the past, I collected these poems and studied them for what they reveal about human consciousness in dark times. We’re in dark times now. So I think it’s possible that we’ll read the work written in the next year or so, in light of what is happening to all of us at once.

It’s such a rare moment to have this formative experience happening to basically everyone around the world.
Yes. I can’t think of another time when that would actually have been the case. I was trying to think about that, because even our world wars weren’t fought in every nation. And so that is something that’s binding humanity together as humanity, as the collectivity of the species. And it’s something that’s challenged all of us on earth at once.

What are you reading now that’s either distracting you or inspiring you at this moment?
I have a collection of poems edited by our poet laureate, Joy Harjo. It’s an advance copy, and it’s titled When the Light of the World Was Subdued, Our Songs Came Through. It’s an anthology of Native American Nations’ poetry. I’m also reading Postcolonial Love Poem by Natalie Díaz and a lovely novel titled The Mountains Sing by Nguyễn Phan Quế Mai, which is about four generations of the Trần family living through the war in Vietnam. She’s also a poet, so the novel is beautifully lyrical, and it’s compelling and moving. I love being absorbed in a novel like that.

During the pandemic, PEN America continued introducing new emerging voices of international writers through @penworldvoices. Listen to Russian poet from Chechnya Lolita Agamalova in our series "Writers in Residence": https://bit.ly/3cv0WY2.

Women, many of them students, are speaking out against a patriarchy that controls the military, the monarchy, and the Buddhist monkhood, Thailand's most powerful institutions. https://nyti.ms/3i4SUpQ

Hundreds of lawmakers from Europe and the U.S. have written to Alyaksandr Lukashenka to demand the release of Belarus's political prisoners—a move underscoring a widespread outrage in the West over the violent repression of protests in the country. https://bit.ly/3085hvb