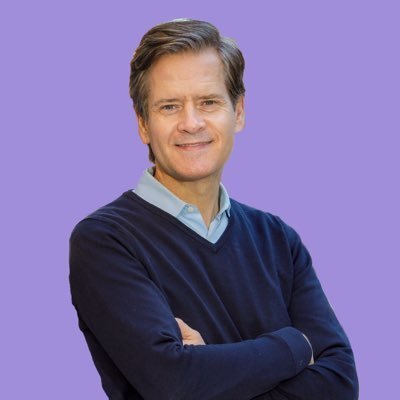 On this week’s episode of The PEN Pod, we spoke with New York’s 27th district state senator, Brad Hoylman, about his newly passed legislation aimed at fighting growing anti-Asian American hate crimes in the state. We spoke with Brad about America’s political landscape, alternatives to over-policing, and what he’s reading now. Listen below for our full conversation (our interview with Brad is up until the 10:32 mark).

On the Rise of Anti-Asian Hate Crimes

“I don’t think that we should forget that this country has had a long history of discrimination against Asian Americans and AAPI people. But there’s no doubt that the toxicity from our previous president has amplified this racism and put AAPI people in so many dangerous situations over the last year. Even here in New York City, our own Asian American community has been harassed, discriminated against, and assaulted. In fact, in 2020, the NYC Commission on Human Rights reported an alarming 200 incidents of anti-Asian American discrimination in the workplace. . . 30 percent more than what happened back in 2019.”

“The legislation that I’ve passed, along with Assembly Member Karines Reyes, expands the data that is reported and collected regarding hate crimes, both in terms of the victim and the perpetrators. The law already requires the state to collect and report data on hate crimes; however, there isn’t a requirement to collect crucial demographic data. So without this information, we’re really left in the dark about who’s being targeted by hate crimes, and who’s committing and being arrested for hate crimes. So the new bill, which was passed by both houses, would fix and make sure the state collects the data on both victims and perpetrators and provide, I think, important information for policymakers to take steps moving forward.”

On the Over-Policing and Criminalization of BIPOC Communities

“We’re going through that nationwide reckoning on racial justice with police reform at the center here in New York City. In fact, this bill originated with me from the original idea that increasing criminal penalties—which is what happens when, for example, a crime is charged as a hate crime—often disproportionately impacts communities of color. So I had passed back in 2019, legislation called the Gender Expression Non-Discrimination Act (GENDA), which added protections for transgender and gender nonconforming people to New York’s anti-discrimination and hate crimes law.

“But not all the transgender and gender nonconforming advocates we work with were completely comfortable expanding hate crimes law even if it was going to protect their community, because they were concerned—I think correctly—with how that law would be enforced. So I promised that I’d write and introduce legislation to help policymakers better understand who’s being arrested, charged with, and prosecuted for committing hate crimes. Seeing that more policing doesn’t always result in safer communities and that there are powerful alternatives to over-policing and the mass incarceration that we’ve seen have a disproportionate impact on people of color for generations, we’re writing this bill. We wanted to find a way to understand and address the problem without relying on increased policing. So the goal is to be able to collect the data necessary to define the problem, which is going to give us more tools to understand and target state resources where they’re needed.

“This legislation will peel those layers of the onion back and try to understand who is being targeted and who is perpetrating violence against certain segments of our communities—communities of color, LGBTQ+, women, immigrants. There’s been a lot of hatred, and social media and other platforms have amplified it. It’s time that we take a really sober look at what we’re doing in our schools and other settings that the government has a responsibility to correct that trend.”

When thousands of Cubans took to the streets to protest this month, their calls for freedom and an end of “the dictatorship” were heard across the world, thanks to the rise in social media. https://bit.ly/3kO2x1c