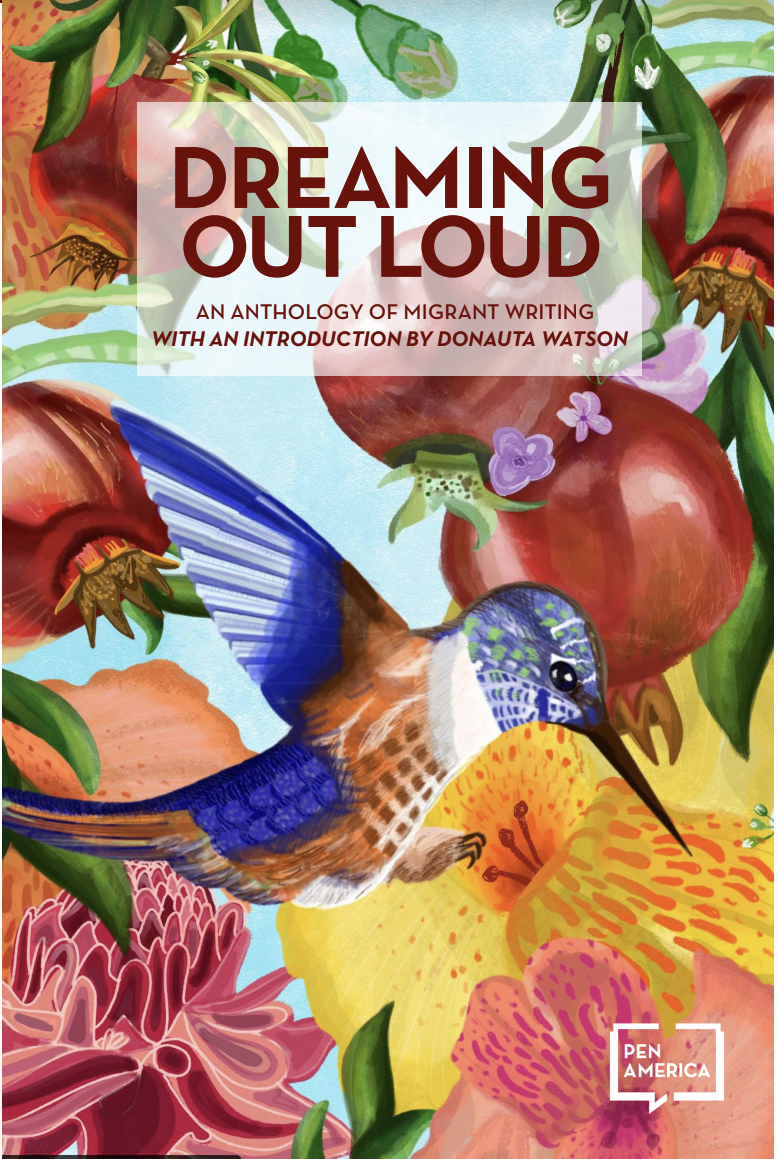 DREAMing Out Loud is PEN America’s tuition-free creative writing workshop series for young immigrant writers, primarily those who are undocumented, DACA recipients, or DREAMers who came to the United States when they were children. Recently, PEN America released a third volume of its groundbreaking anthology, DREAMing Out Loud: Voices of Migrant Writers, an annual compilation of literary writing amplifying the experiences of undocumented writers in the U.S. In this week’s edition of The PEN Pod, we spoke with Arjun Dhawan, a contributor in this year’s DREAMing Out Loud anthology. We discussed his contribution to the anthology, a queer retelling of a classic epic, and the power of migrant voices in literature. Listen below for our full conversation (our interview with Arjun is up until the 8:35 mark).

On His Contribution to the Anthology

“My contribution was called ‘QUEERBharata,’ which is a short play actually. It follows the aftermath of the epic Ramayana, [which is] Indian mythology. . . . Ram saves Sita from the devil Ravana, and in some extended versions, people doubt her loyalty, because she could’ve been raped when she was kidnapped. So she’s put through a ring of fire to prove her loyalty, and I found that quite interesting.

“I totally started extending it and queer-izing it further. So the first act is still in mythological times, and Sita is trying to get Ram to tell the public about their open relationship. And through a space and time sexual vortex of Act Two, they end up in modern-day today. . . . There’s a gender bend somewhere in there as well, and they continue the conversation from today’s language, and that’s what I explored in this year’s anthology.”

On the Importance of Stories

“I grew up in Dubai as an Indian, so I was always an immigrant. The schooling system there was segregated by culture, so I went to a British school and I went to an Indian school. And I’ll tell you something: They have very different ways of how they teach the British Raj to their students. I learned about the Indian revolutionaries and people who stood up—versus when I was in the British school, I learned about these officers and generals that helped keep the people down. And it was such an interesting turning point in my education, to learn that there are a lot more sides to the story than just one.

“But I also think the shared commonalities between the American immigration system and abusive relationships is forced silence. So in terms of migrant literature, the migrant voice, there’s something bubbling that needs to be said, that needs to be heard, that’s unbiased. A story that you’ve never heard, or a story you’ve heard rumors about, but hearing from a different side.”

On Fiction and Drama as a Conduit for Untold Stories

“I really think that [drama] does allow our minds, not only as writers but as audience members, to expand our limits to what we can absorb. I mean, my play, for example—the third act when we’re in modern day kind of resembles the breaking down of the relationship with my ex-husband. It can be told in a very nonfiction, straight-up way, but honestly I don’t have the strength or the energy to tell the story that way. But finding a route to tell it through the fiction lens not only gave me a way to connect, but gave my audience a way to connect.”

The PEN Pod: On Platforms, Policing, and Protests with Suzanne Nossel