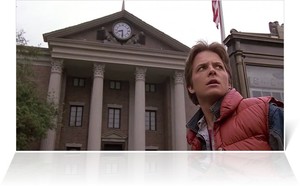 Novelist and filmmaker Xiaolu Guo made her New York City debut last week at PEN’s What Can’t Be Sung event at Ace Hotel’s Liberty Hall. A sold-out crowd of NYC literati and hipsters threw back discounted drinks and mingled before Guo, singer/song-writer Nellie MxKay and moderator Sasha Fere-Jones took the stage for a charged conversation on literature and the larger world. Nellie McKay brought down the house and closed the night with a breathtaking ukulele serenade to all the underdogs of the world. What a way to begin our 2014 fall season!

Since the launch, it’s been go, go, go for the intrepid PEN community with a PEN/Guernica reading at Litcrawl and the official launch of this year’s Brooklyn Book festival with a Book Ends Festival Launch Party co-hosted with Electric Literature, Buzzfeed Books, and Tumblr. All leading up to a celebration of the Ninth Annual Brooklyn Book Festival on September 21, where we’re positive you’ll stop by the PEN booth to say hello and talk banned books.

But we’re not there, yet.

Tonight, we partner for the first time with the acclaimed Bridge Translation Series to present an Asimovian panel on translating science fiction. Then on Sunday, September 21, acclaimed PEN members join debut novelists for our Something to Hide panel, a fast-paced reading designed to provoke reflection on government surveillance and remind us all of the important work PEN does to defend creative freedom.

After a week spent in the newest most important borough, PEN returns to Manhattan to host a conversation about U.S-Russia relations at Fordham University Law School. “Back to the Future of U.S.-Russia Relations” will present leading foreign policy experts to discuss a resurgence of Cold-War tit-for-tat diplomacy and the impact recent developments are having on free expression in Russia.

Our signature series PEN DIY kicks off on October 6. There will be no costumes, just old fashioned storytelling with Natalie Diaz, hosted by Mike Albo, featuring drink specials and other surprises. Be sure to join us next month for Justin Vivian Bond and Young Jean Lee.  All of us at PEN are especially excited about the fall line-up of DIY presenters. We are opponents of mansplaining and are eager to engage in new conversations, and even to explore new mediums for storytelling. At PEN, we believe that many kinds of messages can transform their readers, and we hope you’ll join us to discuss how.