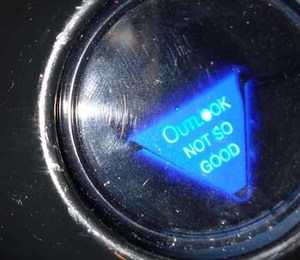 Tritocosmos.  Last year, the geriatric months assembled in beds, sleeping.  The days fell from girl to mouth. The years broken like Saint Marie standing in earth pond. I told you, in the decades to come, we’d hold our hands open to feel the moist sweat of the turn-coat landscape as it spoils the way we hear
voices at night, those decades lying,
those centuries lying about stories
of boys who jumped onto trains
to make it to Mexico in time

Iota Pigeon of the Morning

Helena parked her car on the other side of the street.     Brandon was the meanest boy.  he packed his magic eight balls fastidiously.  sometimes his nightmares outlived his shrines.      the tourmaline derby.  Jezebel, pick up your wands.      ego function.  to protect one’s own shield, you must learn to live longer than anyone who has ever lived.

spiral leap to the equator.  my birth mother had pigtails when she nervously gravy-ed the outer limits of the cesspool.      pure-impure principles.  like a shot glass catching fire.  the way we bend ourselves into trigger-poses.  this magazine stand, that magazine stand, this magazine stand, that magazine stand.            it’s so silly how we drown them in the drain like rubber toys.  how with condoms in their hands, the boys in London whispered that they could never go down that one particular alley ever again.  it was a sheepskin fear that kept them, the fear of sliding one rubber onto the firmest member of the yardley team.  his claws come out with summer sun.  it makes sense to choose one’s teacher carefully.  they are lined in rows.  it’s easier to see them. their faces, like mug shots. once you pick your candidate, the rest fall to rot.              i chant your name and Rosemary fixes her steel gaze out the window.  she is the only one who can think for herself.    don’t confuse obedience to your teacher with childish dependency.  this happens all the time.  how they cower at the feet of their voodoo gods and give into the wishes of every charlatan who awaits them.  i have proof that we all wear rags.  here is my torn dress made of semen, mucous, clouds.  here is a lampshade figurine.  the causal body and its seeds.  there is pitch-powder in this wish.              iota pigeon of the morning.  why do you keep your feet planted.  why are you unlinked to the other birds.  why do you keep the winter intact and its last solstice like an ember behind the market.       mark.  this place.  crumble. without a voice. in command.  seismograph.  beneath Peter.  push, push.  this is the standing.  a yellow dragon.

i gazed at a lighted incense stick which i later replaced with a crystal ball to arouse quick fire.  the moment the fire listened to the warning of the crows, the silver lining was black and the nests of the herons were a pigment other than the one we saw on the train as we looked out the window.      you charlatan.  you were trying to steal the most earthly piece of stone from the river and all the birds noticed. they all became pelicans so they could stand tall.          and you are the liar who called them zoo creatures.  i am trying to forget this.     vibrate strongly, pull your ashen chord up to the sky.  if you can keep your thoughts here long enough, you will receive inspiration.  if you calculate too much, money will not be benevolent.  therefore, saliva is the most precious thing and requires our ultimate strength.  knowing this, keep your tired hands from petrifying the wood of the forest.  Jane went to the hemisphere and everything crowded in around her.  she dressed in honeycomb clothes and a sapphire string was her coffin chord.       chapter 4 teaches circulating through the cardinal points from a, to d, g and j, chapter 6 teaches the ascent of positive and negative fire and also circulating through the four cardinal points a, d, g, and j.

i have hidden here before, where no one could find me.