The Girl on a Leash 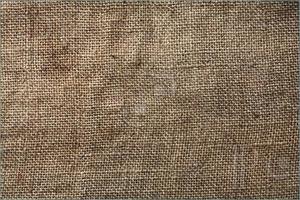 The Girl on a Leash

She had always been latched to a leash. Had grown up with a handsome pink leather collar encircling her neck, a leather strap holding her at rigid attention. Everywhere she walked, her father and mother trailed behind, slackening or tightening it.

They worried.  If she fell asleep, the downbeat of the leash shuddered her alert. When she was slow, her father snapped it against her clavicle. But when shadows scudded along the lintels, they drew the leash in and harbored her in the cove of their arms.

The university gleamed like whalebone. When others slept, her parents mopped the classrooms where her father said he belonged; a Seoul National University man. Her mother’s flaky hands scraped against her daughter’s forehead. Once they had been like candle wax. She said, “Are we wrong?”

Her father said, “Do you want to raise a barbarian?”

The first day of school. Her father said, “If you show your legs, boys will rise to rape you.” Then he released her.

She walked to class, sweating tributaries in the September sun. She wore a polyester sack for a shirt and pants three sizes too large; the other girls flashed bronzed shoulders and rub-off tattoos. Her eyes were cashews; theirs, scallop shells. Their language. Coded. She touched her absent leash, the pale strip around her neck like a choker.

Over time, she learned. Sometimes she sympathized with her parents’ humiliations. But usually she wanted to be like the barbarians.

When a classmate with cobalt eyes and sun-stained arms as strong as breastplates invited her to a party, the leash reeled in.

“You must study and defeat them,” said her father.

“All female barbarians have brothers,” her father said. “Never trust the brothers.”

Her breasts, her hips, began to astonish men, so the leash doubled as a blindfold and whip. The attention of strange men coated her like honey, made her hymen stretch leeward with yearning. Her parents understood this. They stole through her diary, rifled into her desk. Sleuthed for condoms, cocaine. They discovered none of this but found a lode of love letters, glossy postcards of her favorite movie star.

“Who is this man?” Her mother keeled to her knees, erupted with prayers for her daughter’s purity. How else would she ever marry?

Her father lashed her legs together. They watched her pitch toward the bathroom, her face muzzled to the floor.

They said, “All this, we do because we love you.”

She invented study groups. Plumed herself with blonds, redheads, boys with dreadlocks. When her parents were barracked behind the glass doors of their new dry cleaning shop in K-town, she undid the Windsor knot from the kitchen table’s spindles. Importuned the barbarians to come inside, invited them to touch her. But only with a blanket turbaned around her.

One day, a boy with wildfire hair visited.  Sunlight hydrated the room. She unveiled the nuggets of her breasts before he asked her to.

Her chest, crusted with lashings. Dark vines of scar wove up her spine.

He covered his eyes. “My God.”

She examined herself. Saw her grotesqueness.

He hesitated. Then touched her leash like tissue paper.

He traced the beading of scars, kissed the rococo patterns on her back. Her body lowered like a drawbridge. It was wrong, it was wrong, she knew it, but she let him in.

The door flexed open. Her mother spasmed, her father seized the leash, but she dodged him. She ran from him, the foundry of her childhood. She ran, the boy’s hand in hers.

“I can’t be responsible for that.”

He slammed the wheel. The horn caterwauled. “How can you call them that?”

They had devoted their lives to her. How could she not?

They drove. To a city sprawling into the Pacific. She could not eat. They sat on a bench. They did not speak. She tried not to cry. Already, his face was remote, fleeing her.

“Where will you go?” he finally asked.

She reached for the leash. The reliable noose. But there was only the pale, pink strip branded around her neck. The slate gray waves ahead of them crushed rocks into pebbles, the pebbles into sand. She dropped her hand.