The Country of Planks 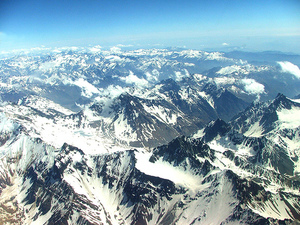 Daniel Borzutzky is the recipient of a 2013 PEN/Heim Translation Fund grant for his translation of Raúl Zurita’s The Country of Planks. Read his introduction to his translations of Zurita’s work here.

Then the ferocious camps began to appear:
nailed in with hammers the beaches of Chile swayed
crackling beneath them

No one is the homeland, was the
apparent scream of the blind planks
in the dead homeland of the sea

Colonia Dignidad Prison
-The barbed wire of the night-

This is how we were swept up by love,
we would say, and our arms were being
broken like shreds in the pieces of wood

And they were the joisted coasts    the broken fronts    the planks
of the mountains that were rising answering us with the image of some
bodies smashing themselves against the rocks    But which rocks?  but
which coasts?  but which mountains? and the sky was sinking
into the barbed wire of the night like a mute sea that nothing explains