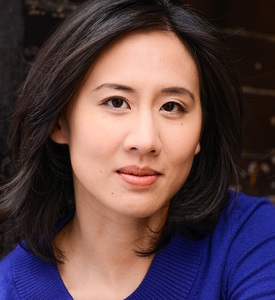 For my list, I decided to pick works of fiction (because I’m a fiction writer and that’s what I read most) about families (because that’s my lasting obsession and the central subject of my work). Families are the most fundamental relationships we have, the ones that shape us from before we’re born and linger even after we die—or at least, that are supposed to. So here are five recent-ish books about the complicated and messy dynamics of families, and the ways they fall apart—and sometimes put themselves back together again.

The Star Side of Bird Hill by Naomi Jackson (Penguin Press)

Jackson’s debut novel follows two sisters, uprooted from their home in Brooklyn and sent to live with their grandmother in Barbados when their mother can no longer care for them. There’s loss here, but also love, and a powerful reminder that family isn’t a line, it’s a net.

How Hannaham manages to inhabit the voices of a mother caught in forced labor, the young son who’s desperately trying to find her, and the drug that’s trapping her, is a marvel to me. The result is a biting satire of slavery and modern-day race relations that never loses sight of the family story at its heart.

In the Country by Mia Alvar (Vintage)

When the Emperor Was Divine by Julie Otsuka (Anchor)

Otsuka’s spare, elegant novel focuses on a chapter of history many people don’t even know about: the forced internment of Japanese-American citizens during World War II. Read it once for the story, then come back to it to study it for the marvel of structure it is: so pared down, so tightly wound, that every sentence cuts right to the bone.

We The Animals by Justin Torres (Mariner Books)

The short chapters in this novel read almost like poems, packed with as much energy as the three feisty brothers they describe and swinging, in unexpected arcs, from exuberance to deep pain and back. Torres writes with both fierceness and tenderness about boyhood, brotherhood, and more.

Celeste Ng is the author of the New York Times bestselling novel Everything I Never Told You. Her writing has appeared in the New York Times, One Story, Gulf Coast, The Millions, and elsewhere, and has been awarded the Pushcart Prize and the Massachusetts Book Award.  She earned an MFA from the University of Michigan. She lives in Cambridge Massachusetts. To learn more about her, visit celesteng.com or follow her on Twitter (@pronounced_ing).