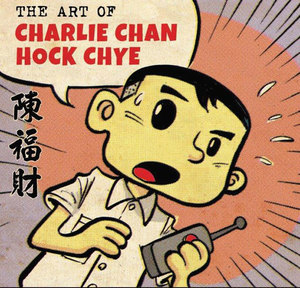 In this week’s Illustrated PEN, we feature an excerpt from The Art of Charlie Chan Hock Chye, which tells the story of a fictional comic book artist in Singapore reflecting on his five-decade career. Through Charlie Chan’s comics, we see the tumultuous unfolding of Singapore’s struggle for independence from the British; the rise of Singapore’s first prime minister Lee Kuan Yew; the detention without trial and downfall of opposition leaders such as Lim Chin Siong; and the battle for freedom of expression. All this is told in a dazzling array of styles and forms that mirrors the history of the comic book medium itself.

Shortly after the graphic novel’s publication in Singapore last year by independent publisher Epigram Books, the country’s National Arts Council withdrew its $8,000 publication grant, citing “sensitive content” and the fact that “The retelling of Singapore’s history in the work potentially undermines the authority or legitimacy of the Government and its public institutions.” Ironically, this announcement led to the first print run of 1,000 books being sold out within a week of the book’s publication—virtually unheard of in Singapore—and has been cited by numerous writers and academics in the island state as their favorite book of 2015. The U.S. version was published this month by Pantheon Books. 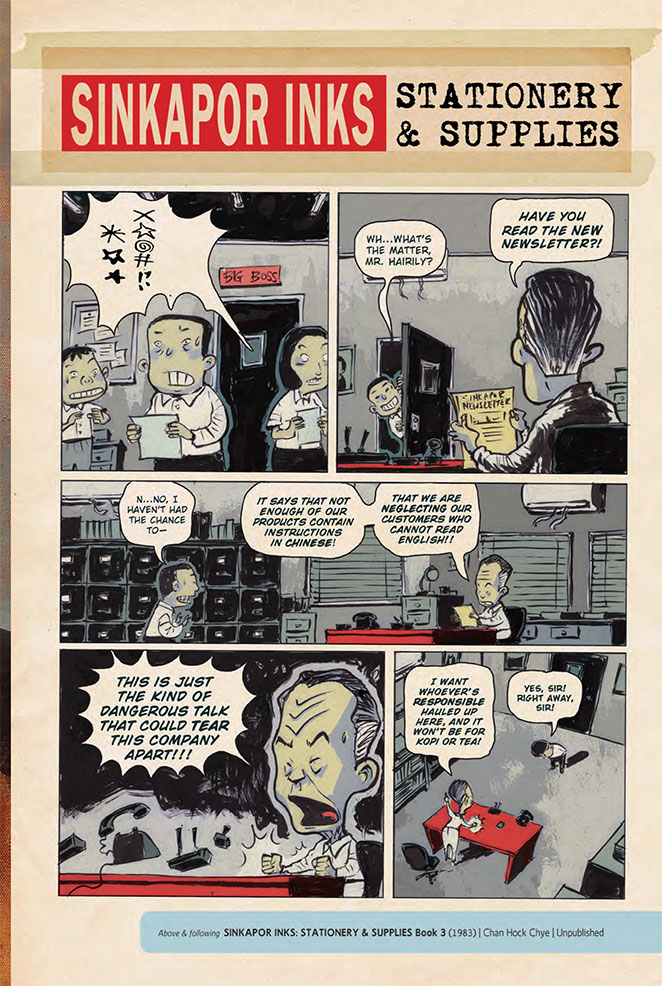 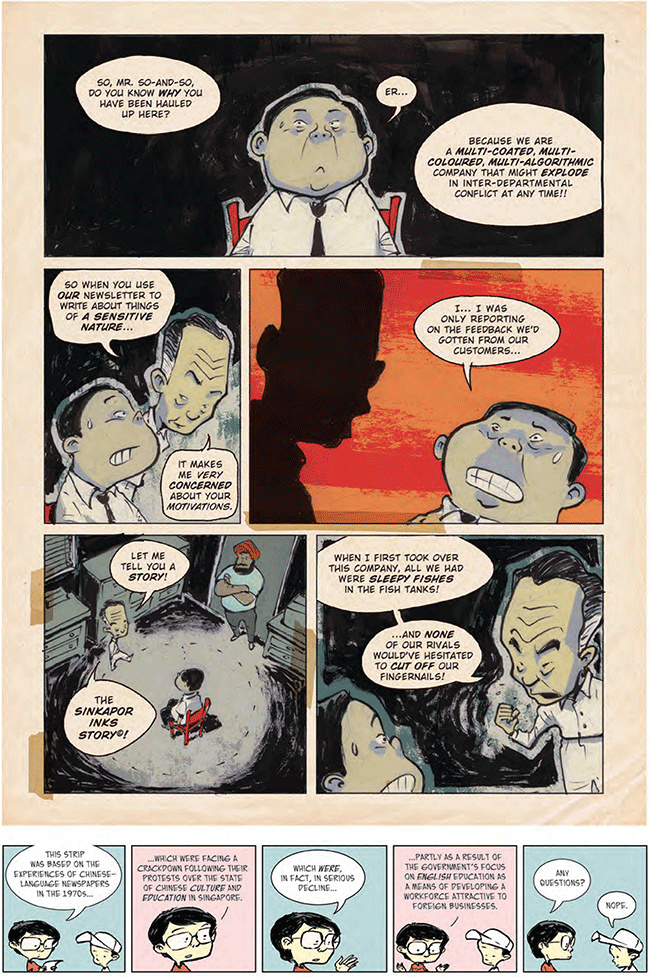 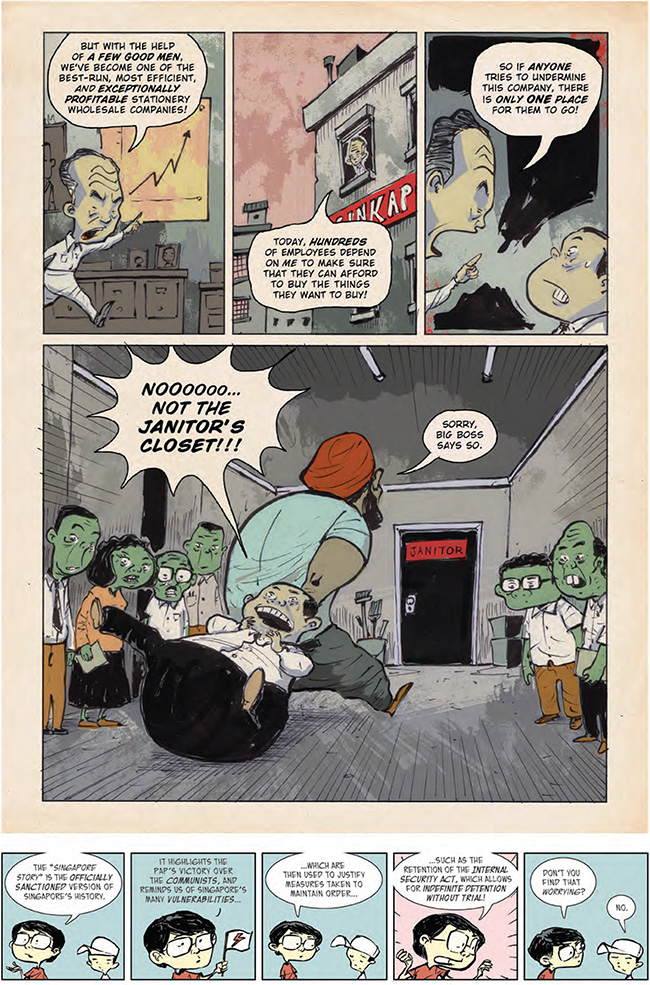 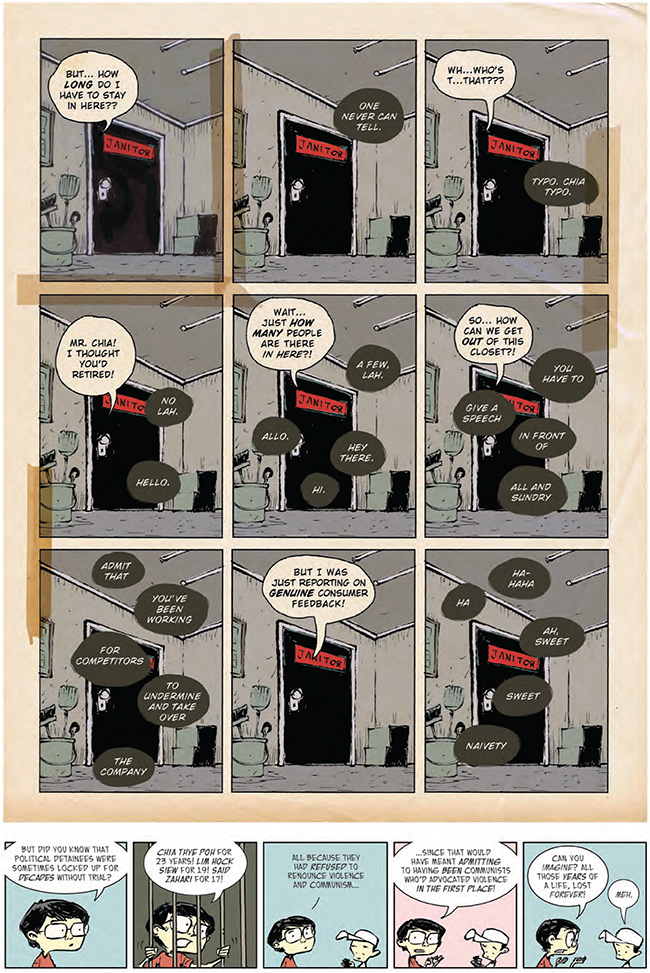 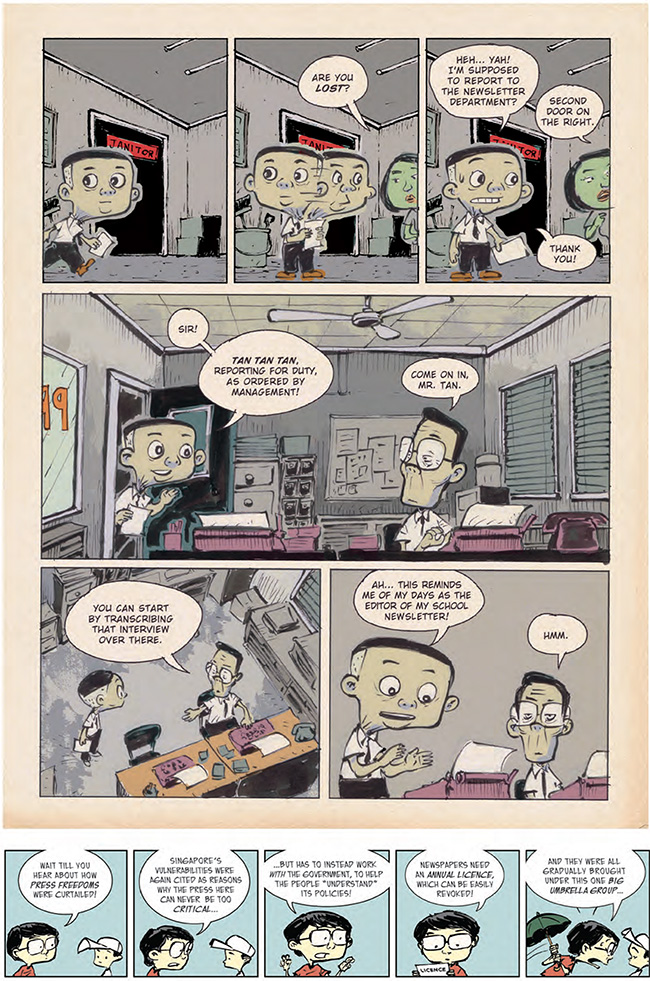 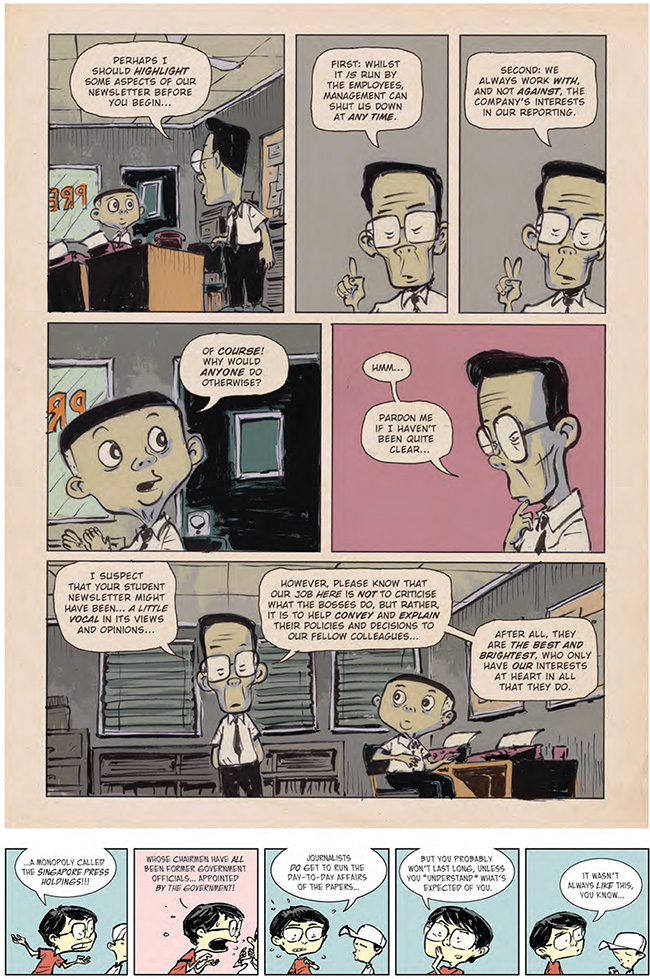 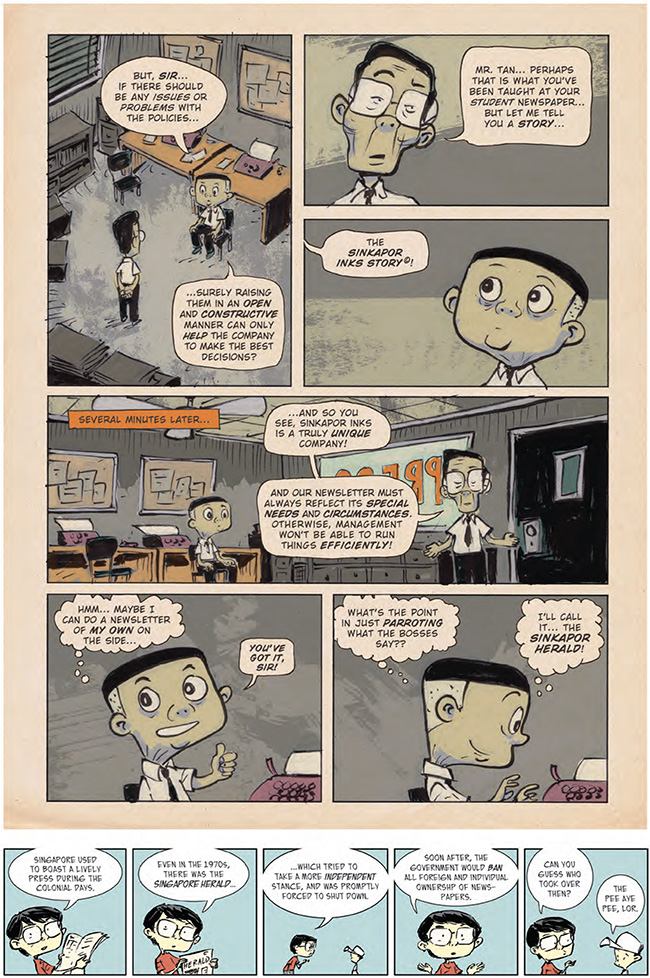 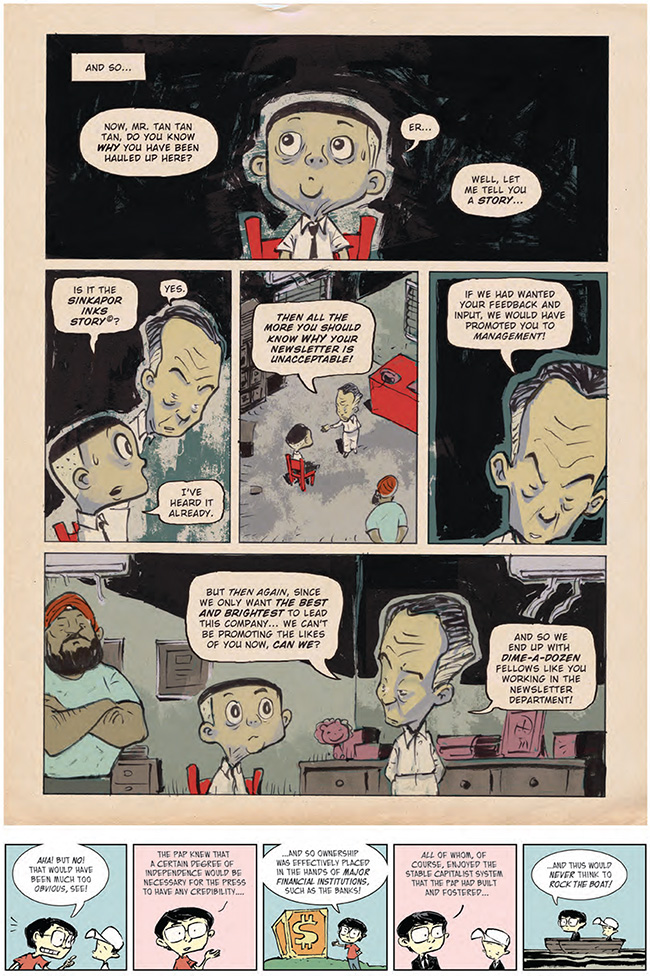 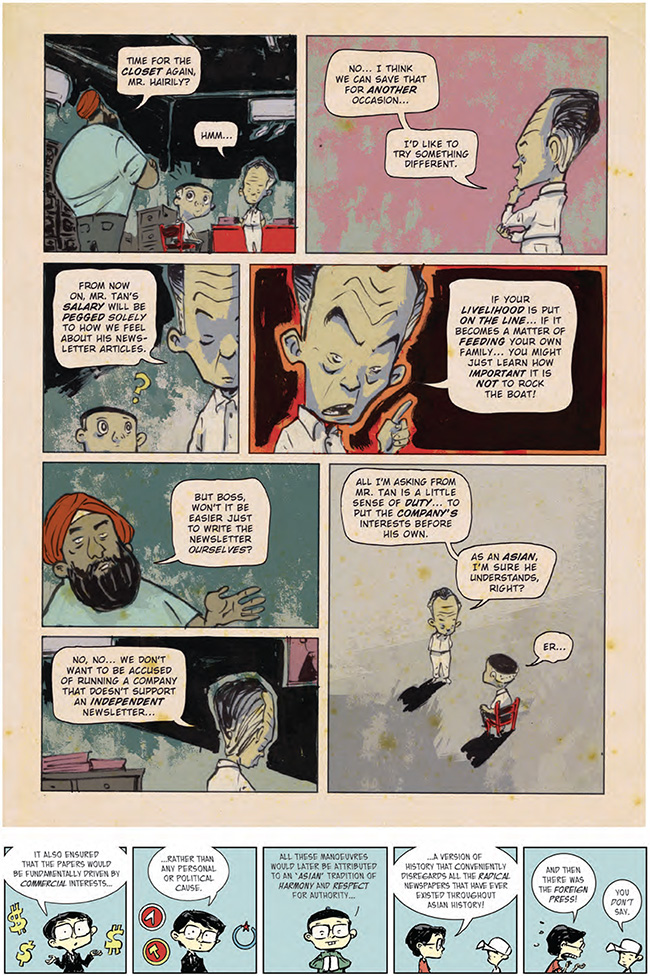 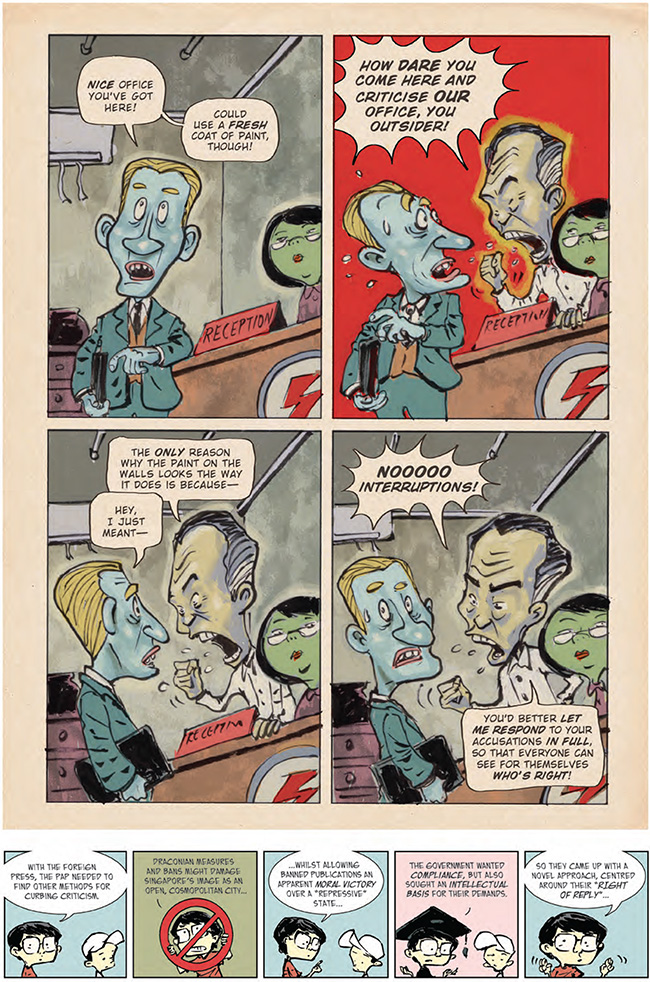 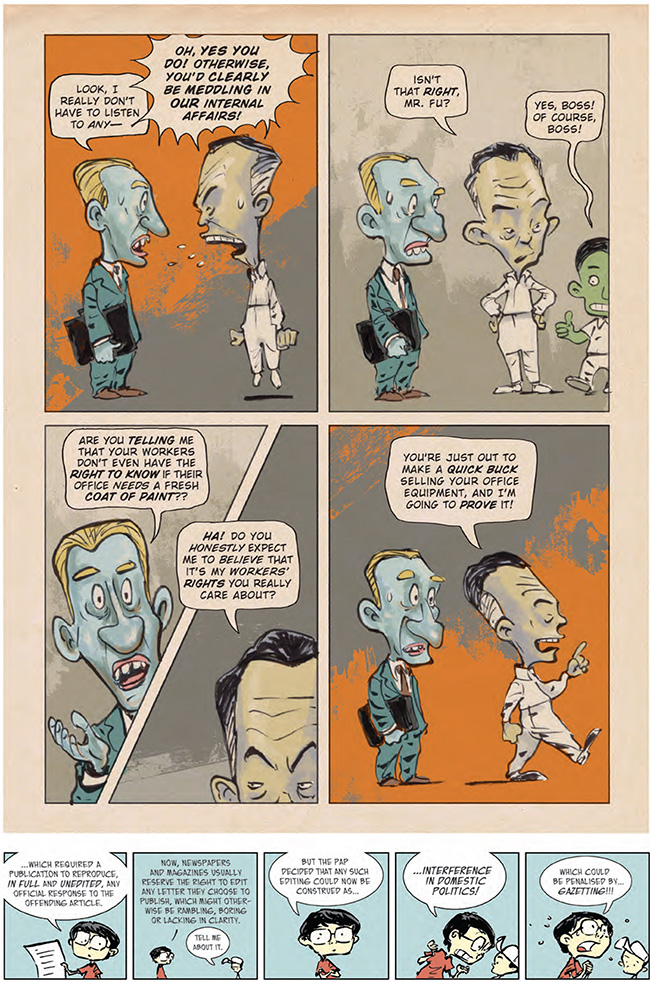 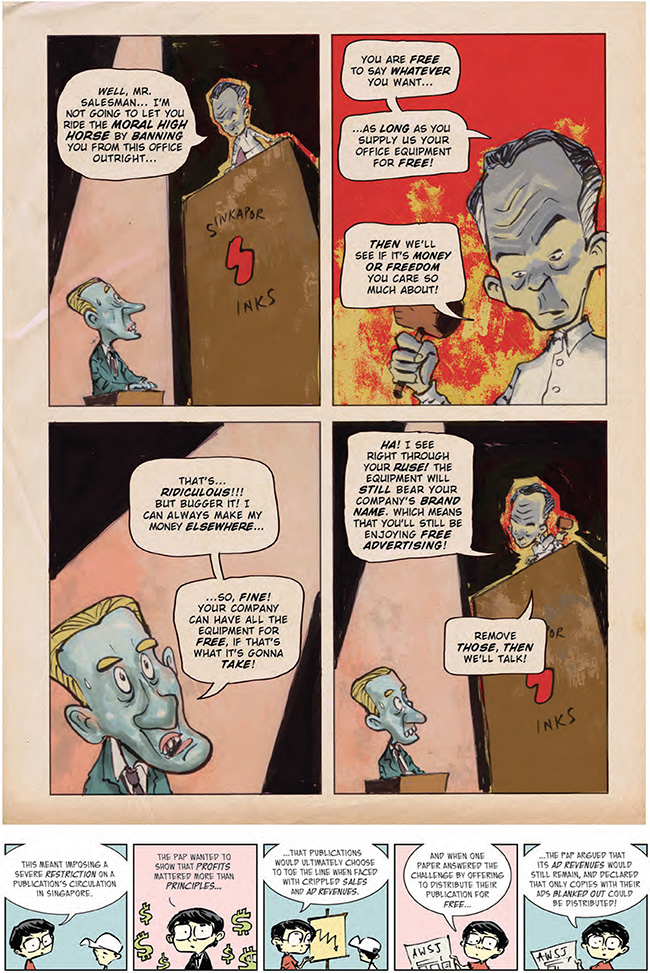 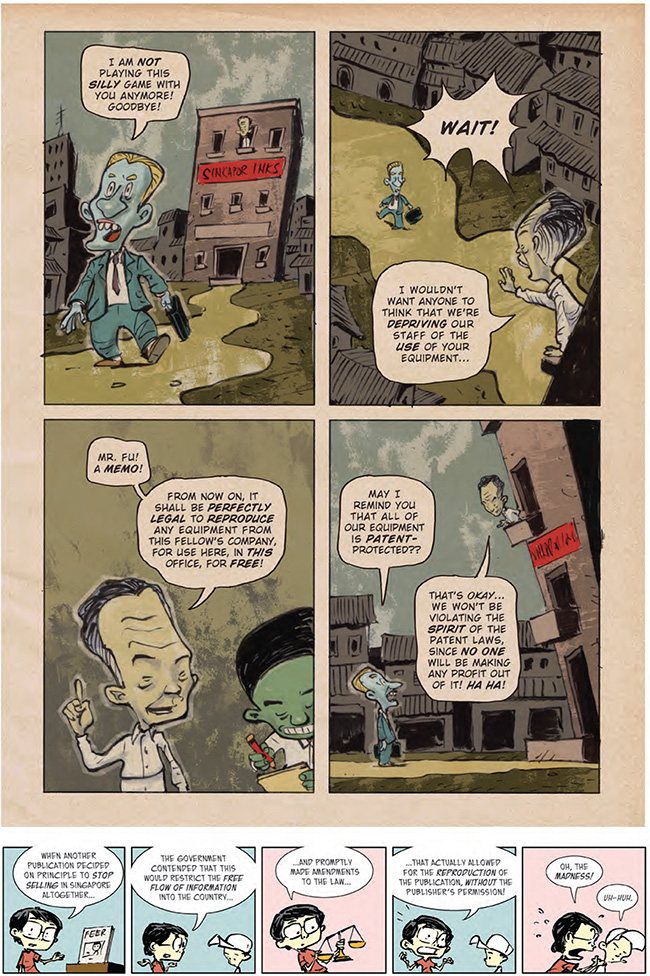 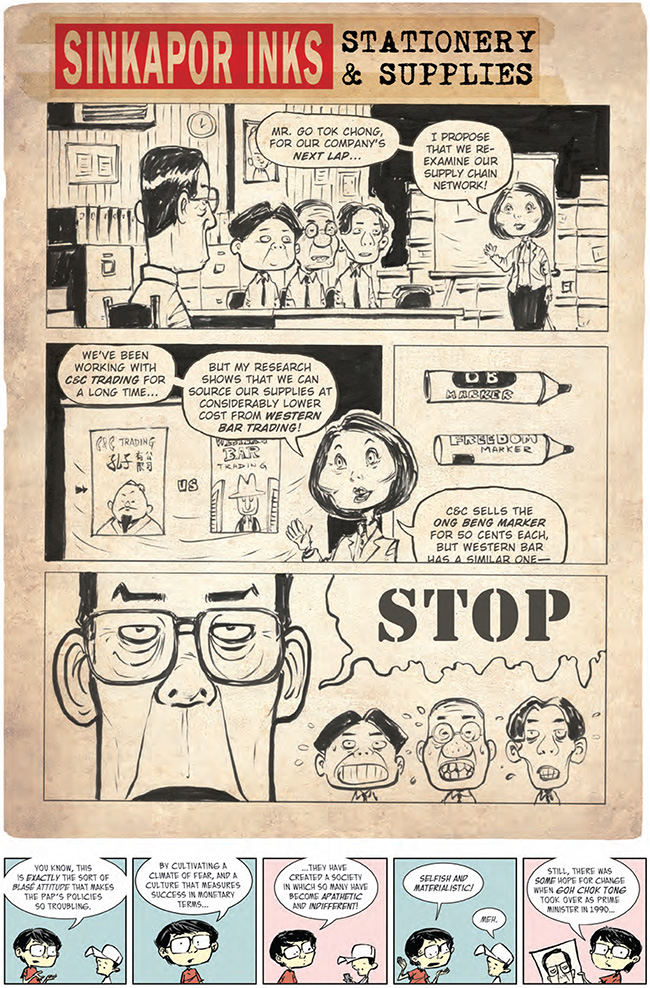 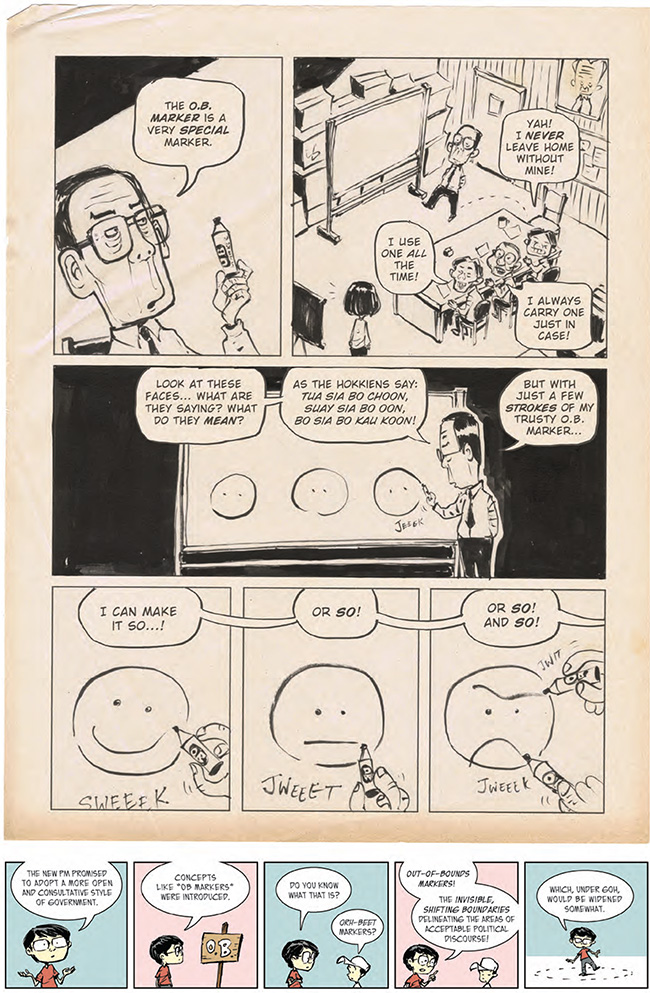 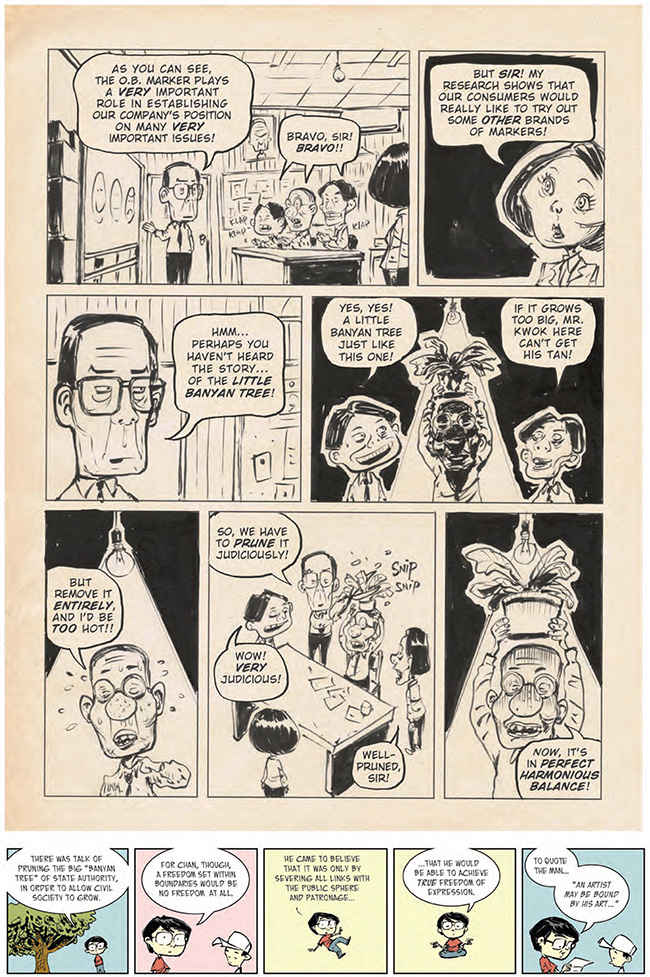 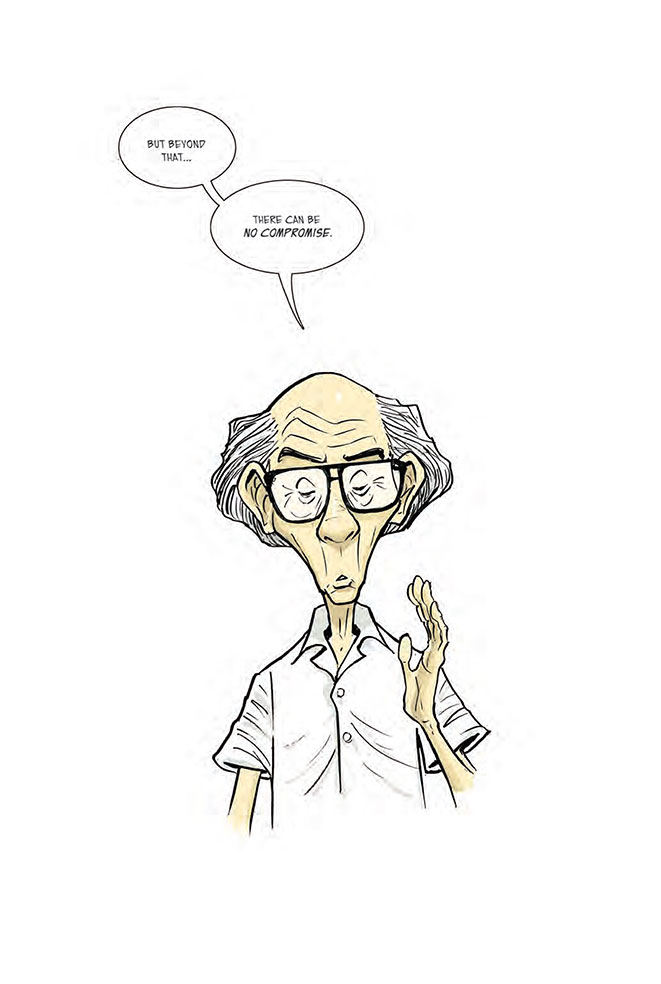 From the Book: The Art of Charlie Chan Hock Chye by Sonny Liew. Copyright © 2015 by Sonny Liew. Published by arrangement with Pantheon, an imprint of The Knopf Doubleday Publishing Group, a division of Penguin Random House LLC.

Sonny Liew is a comics artist, painter, and illustrator whose work includes the New York Times best seller The Shadow Hero with Gene Luen Yang, My Faith in Frankie with Mike Carey, Malinky Robot, and a new Doctor Fate comics series with Paul Levitz. Born in Malaysia, he lives in Singapore, where he sleeps with the fishes.

Proud to support this great program. Sign up below. DEADLINE TOMORROW! https://on.nyc.gov/3fy2sIX

The Sunday Show from @techpolicypress features a discussion on Facebook vs. Australia with @chrizap followed by a panel on Free Speech in the Digital Age with @davidakaye & @AttorneyNora hosted by @YaelEisenstat, researcher in residence at Betalab: https://player.captivate.fm/episode/752119db-1a5c-4bf8-8ef7-3e2fb4207621/