The Arab of the Future 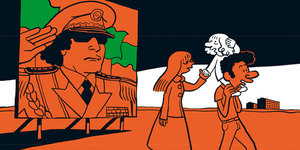 The Illustrated PEN is a weekly online series that aspires to be at the intersection of literature, journalism, and visual storytelling, where images and words come together in an ever-emerging and essential creative form. We feature fiction and nonfiction graphic narratives, comics journalism and illustrated reportage, stories of social justice and personal stories that can’t be told through words alone.

This week, we feature an excerpt from Riad Sattouf’s graphic memoir, The Arab of the Future: A Childhood in the Middle East, 1978-1984, which was a number-one bestseller in France. It details Sattouf’s childhood in rural France, Libya, and Syria spent in the shadows of three dictators―Muammar Gaddafi, Hafez al-Assad, and Sattouf’s own father. 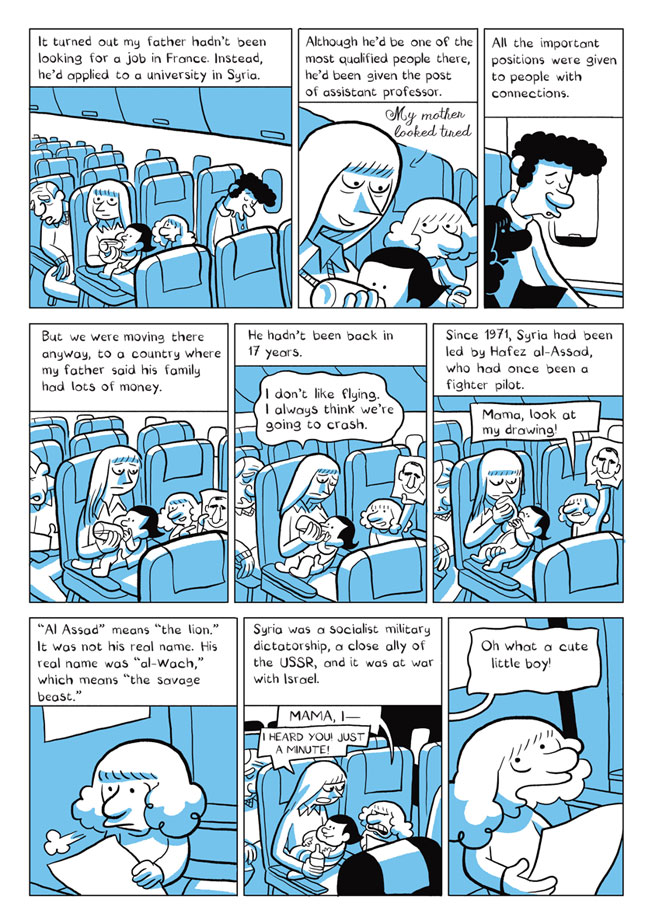 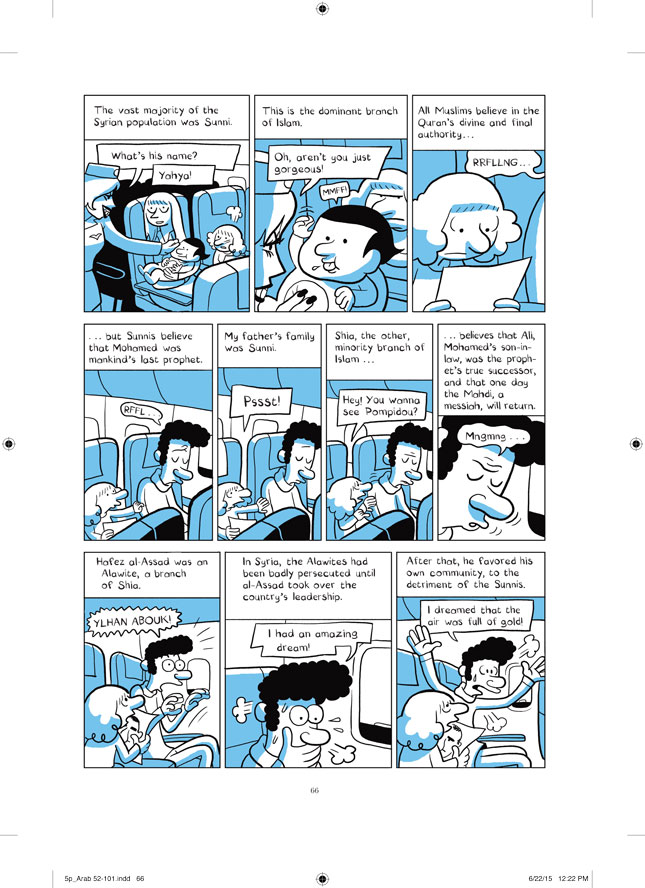 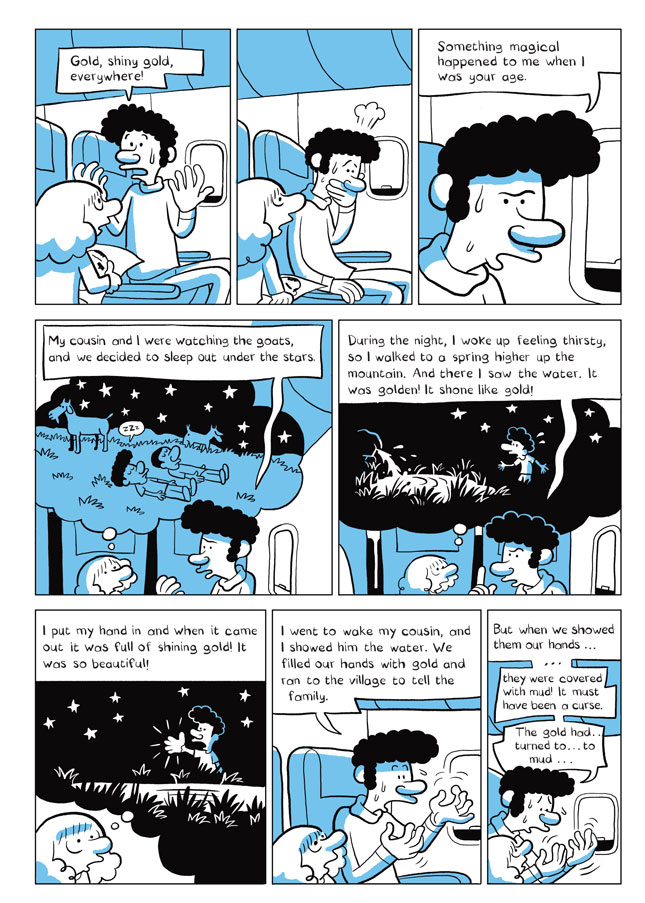 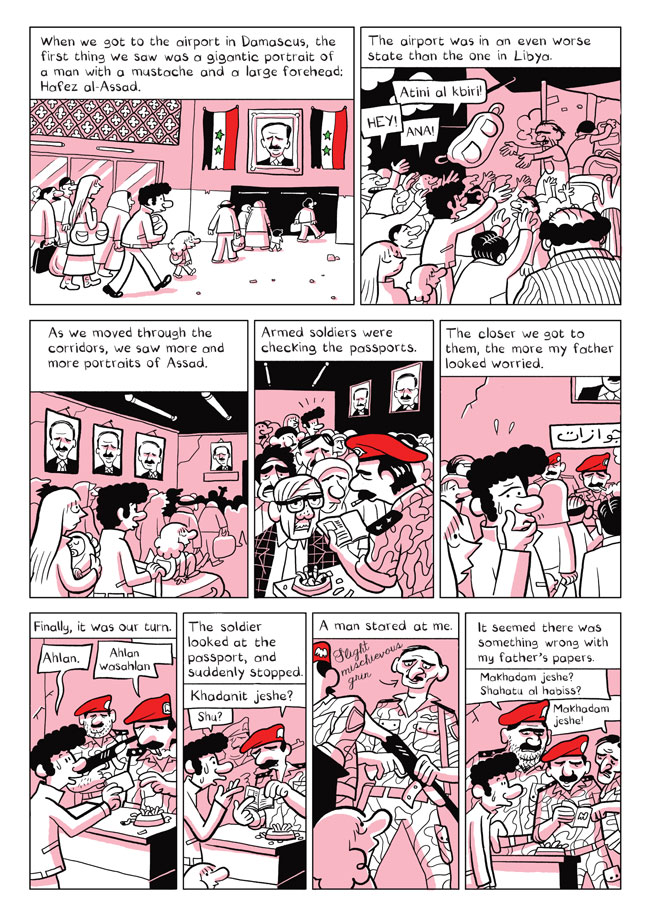 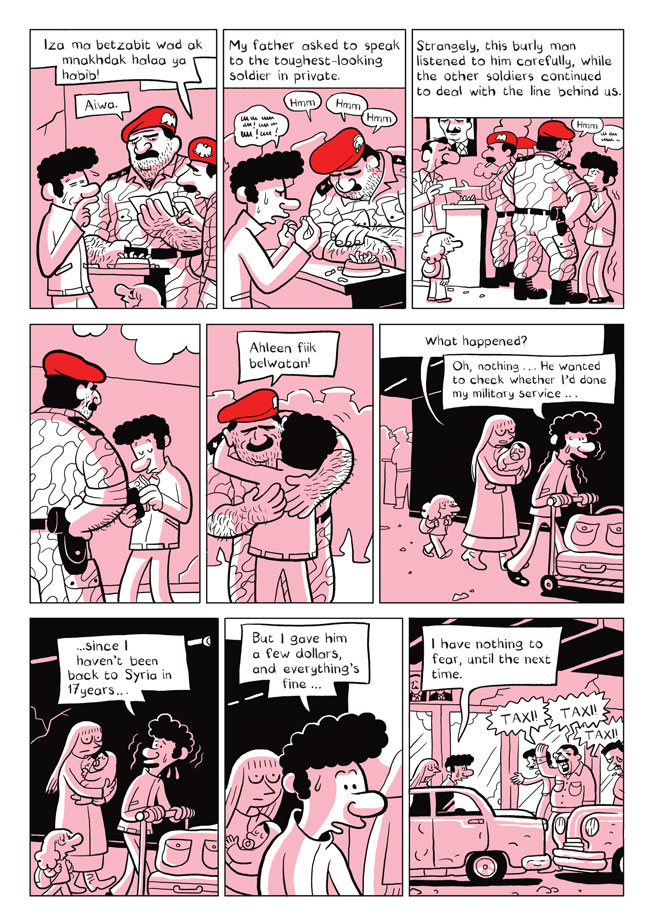 This excerpt from The Arab of the Future is re-printed here by permission of Henry Holt and Company.

Riad Sattouf is a bestselling cartoonist and filmmaker who grew up in Syria and Libya and now lives in Paris. The author of four comics series in France and a former contributor to the satirical publication Charlie Hebdo, Sattouf is now a weekly columnist for l’Obs. He also directed the films The French Kissers and Jacky in the Women’s Kingdom. The Arab of the Future, which has been translated into 16 languages, is Sattouf’s first work to appear in English.