Kirby writes: In 2015, 40-something cartoonist and radio DJ Tony Breed lost his husband, Eric, to cancer. His autobiographical That Night takes place about six months later, beautifully capturing music’s powerful role in processing strong emotions and the oddly serendipitous events that often accompany periods of profound loss. Told with honesty and a gentle, quirky sense of humor, That Night is one of my favorite comics from Breed to date. 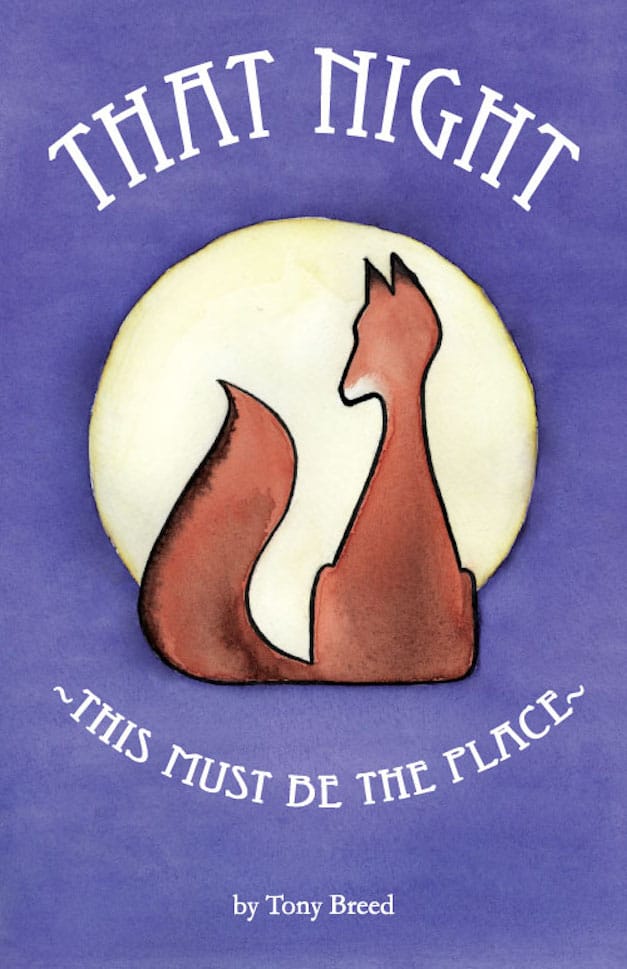 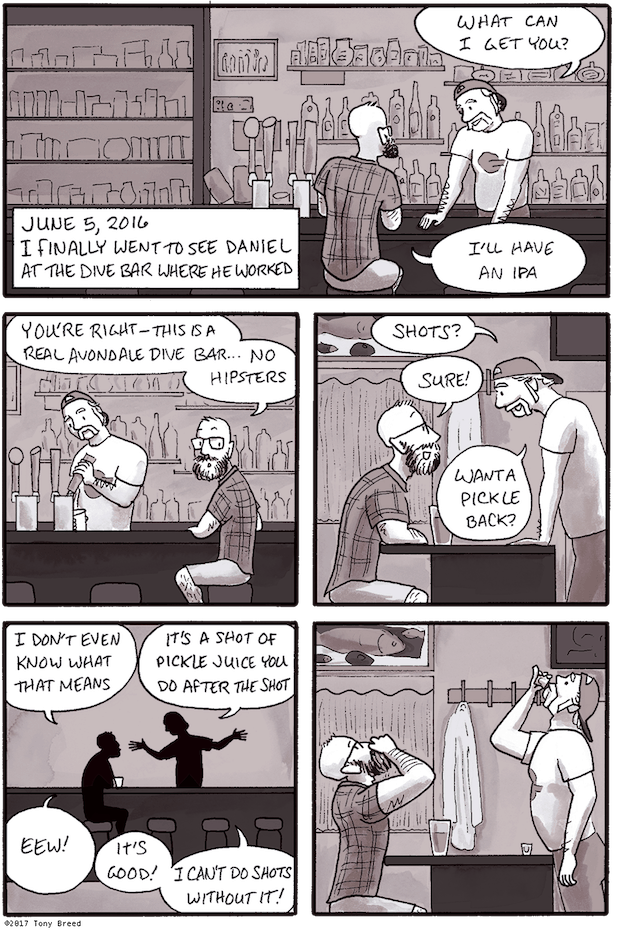 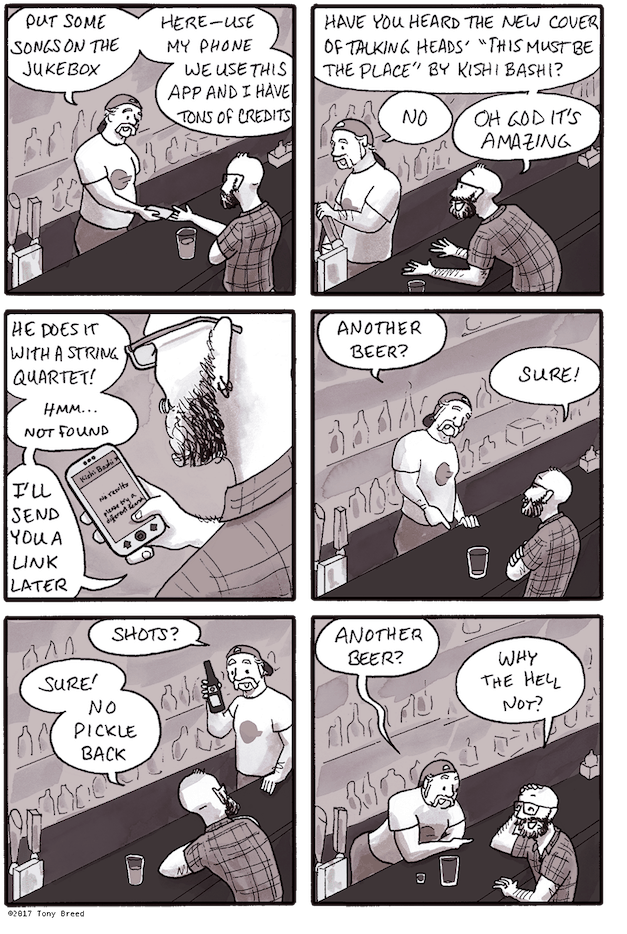 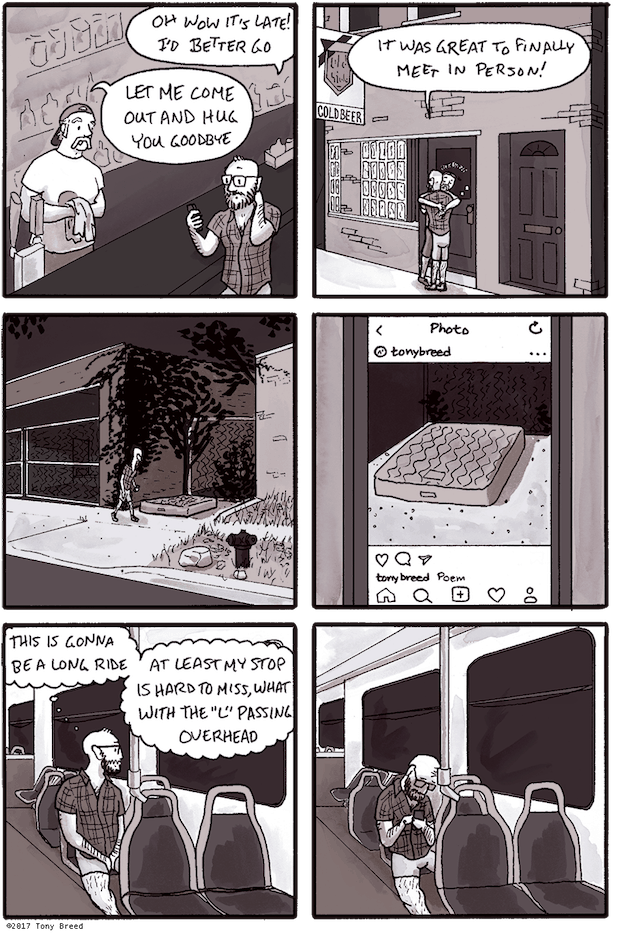 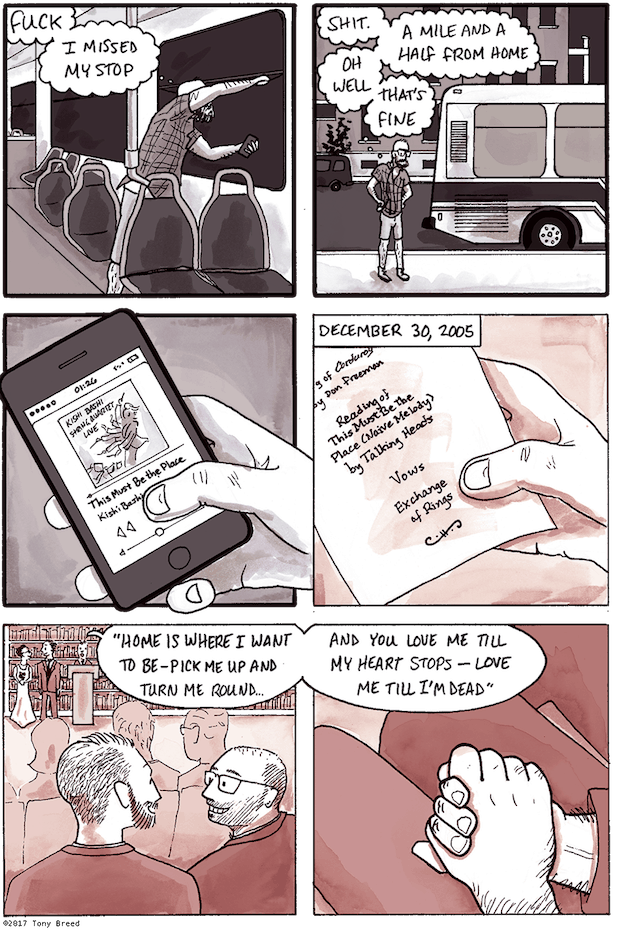 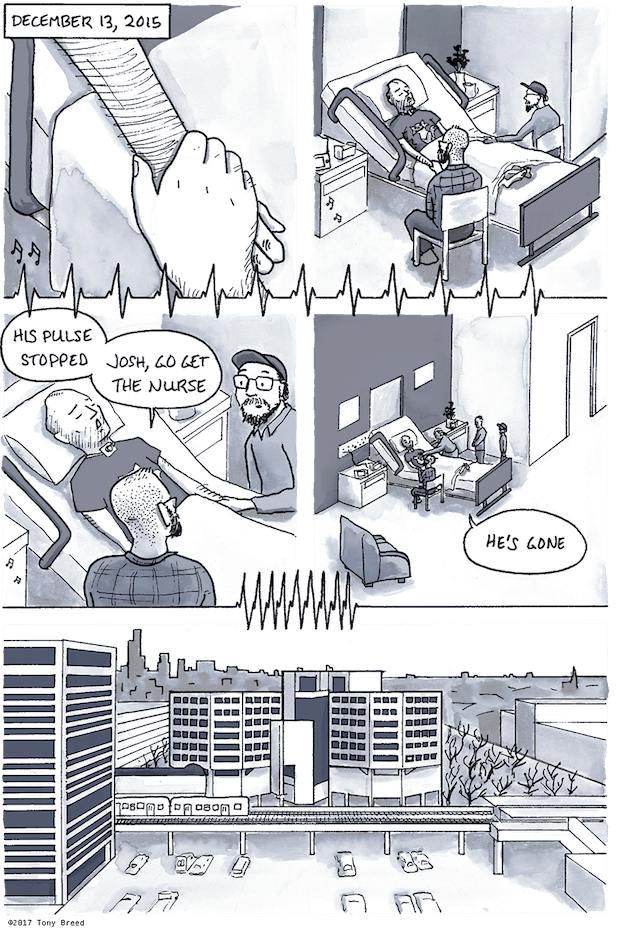 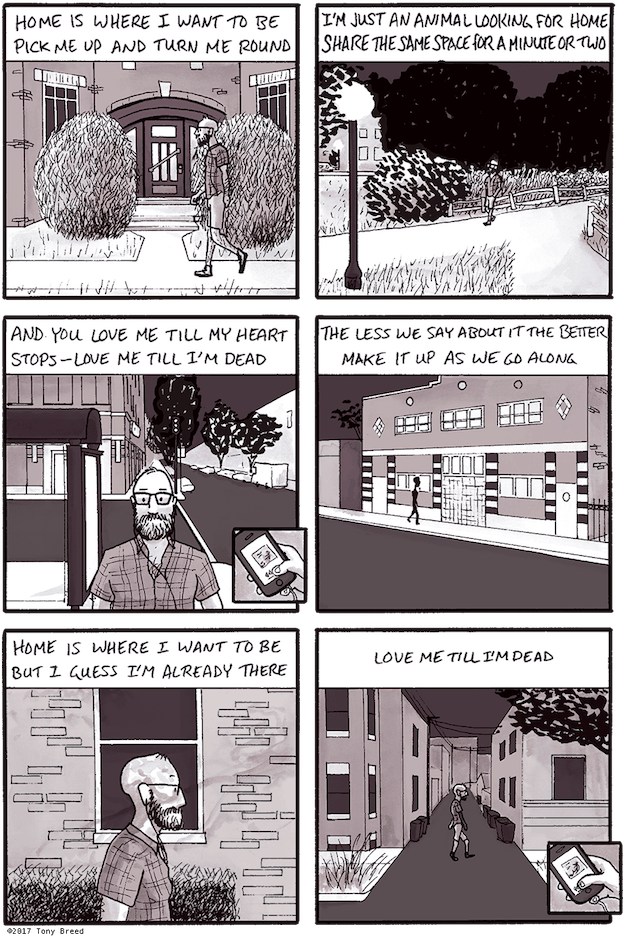 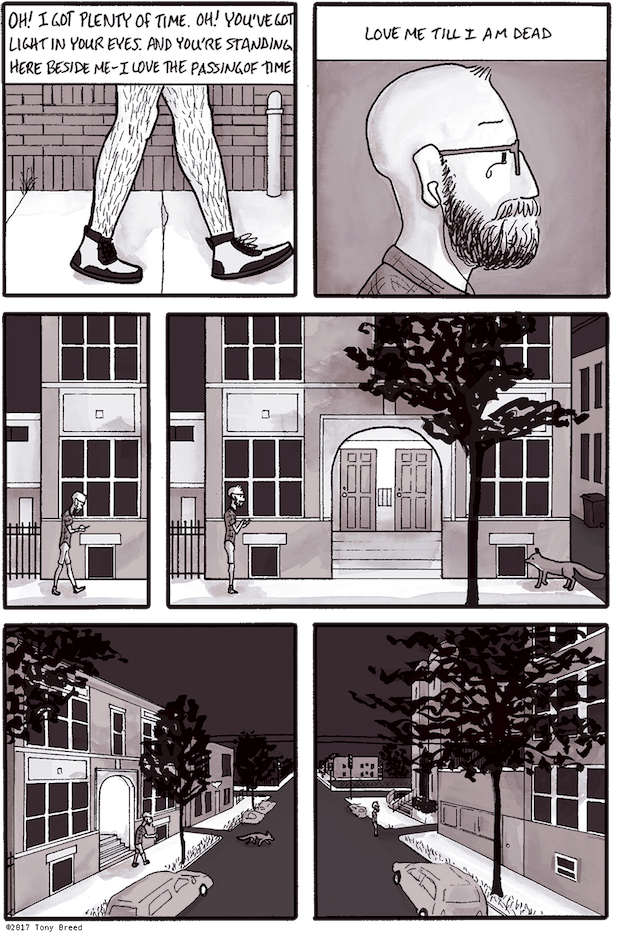 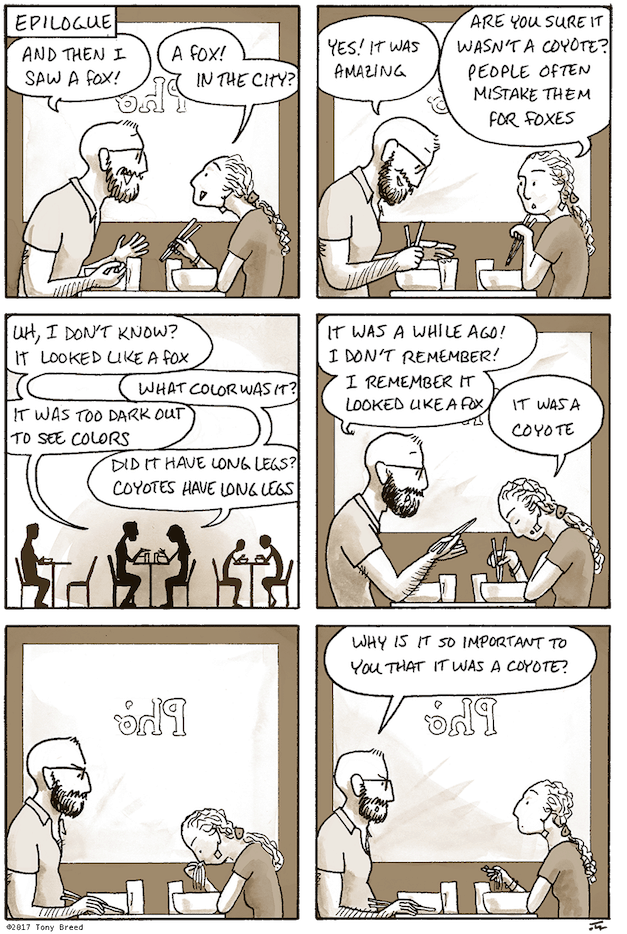 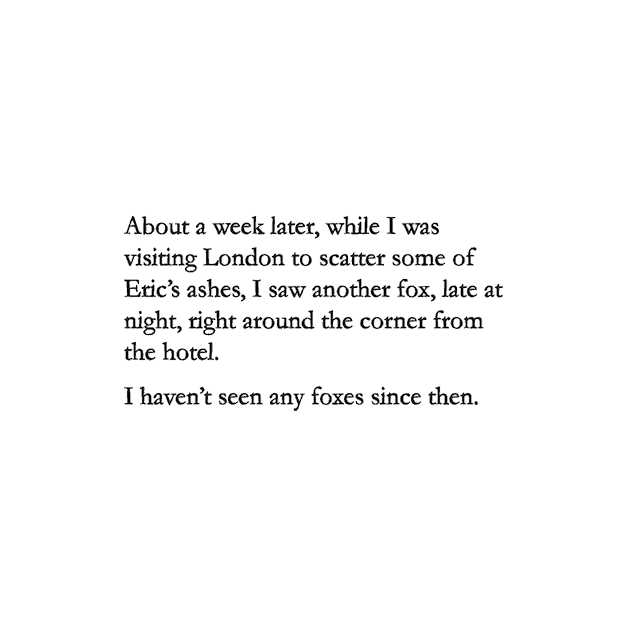 Tony Breed is the man behind the webcomic Muddlers Beat and the Ignatz-nominated webcomic Finn and Charlie are Hitched. In addition to making comics, Tony is a founding member of Chicago’s CHIRP Radio, where he’s a DJ and generally useful person.

This Must Be the Place (Naive Melody) by Talking Heads; lyrics by David Byrne, music by David Byrne, Chris Frantz, Tina Weymouth, and Jerry Harrison. Kishi Bashi’s cover is found on String Quartet Live, released November 2015, and it sounds like this.

In Pieces: Someplace Which I Call Home