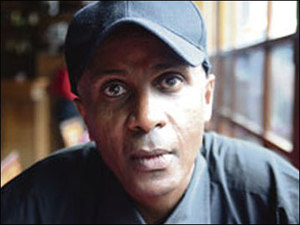 To call this year’s winner of the PEN/Barbara Goldsmith Freedom to Write Award a hero would be an understatement. Eskinder Nega, one of Ethiopia’s leading advocates for freedom of expression, has consistently defended the right of his colleagues and fellow citizens to criticize the government of Prime Minister Meles Zenawi, and, like many others, is now paying the price.

Nega is standing trial under Ethiopia’s sweeping anti-terror legislation, which criminalizes any reporting deemed to “encourage” or “provide moral support” to groups and causes which the government considers to be “terrorist.” He could face the death penalty if convicted.

His arrest last September followed his publication of a column questioning the government’s claim that a number of journalists it had detained were suspected terrorists, and for criticizing the arrest of well-known Ethiopian actor and government critic Debebe Eshetu on terror charges earlier that week. Nega, in his written words and in town hall meetings, and even in court this week, speaking with a reporter, has emphasized his desire for change, yes, but only change through non-violence.

We salute Eskinder Nega as he continues to fight for his rights and the rights of his fellow citizens in Ethiopia.

The 2012 PEN/Barbara Goldsmith Freedom to Write Award will be conferred on May 1, 2012, at the PEN Literary Gala at the Museum of Natural History in New York City.

Add your voice to the chorus calling for Eskinder’s release. Send a letter to the Ethiopian government today.