This Saturday, October 7, Lit Crawl Brooklyn will bring an evening of revelry, literary trivia, readings, and performances to Fort Greene, Brooklyn, to celebrate the New York literary community. In celebration of this upcoming event, Illustrated PEN Guest Editor Meg Lemke presents an excerpt from Julia Wertz’s, Tenements, Towers and Trash. Wertz will participate in the event “Cartoonists of NYC” during Phase One of this weekend’s Lit Crawl.

Lemke writes: Julia Wertz chronicles stories of New York, historical and contemporary slice-of-life, in her gorgeous coffee-table art book Tenements, Towers and Trash: An Unconventional Illustrated History of New York City. Between intricately rendered scenes of churches and skylines, she narrates subway encounters, dumpster diving, the secret history of places, and, in this excerpt, the origins of the Egg Cream. Her comics are always delicious. 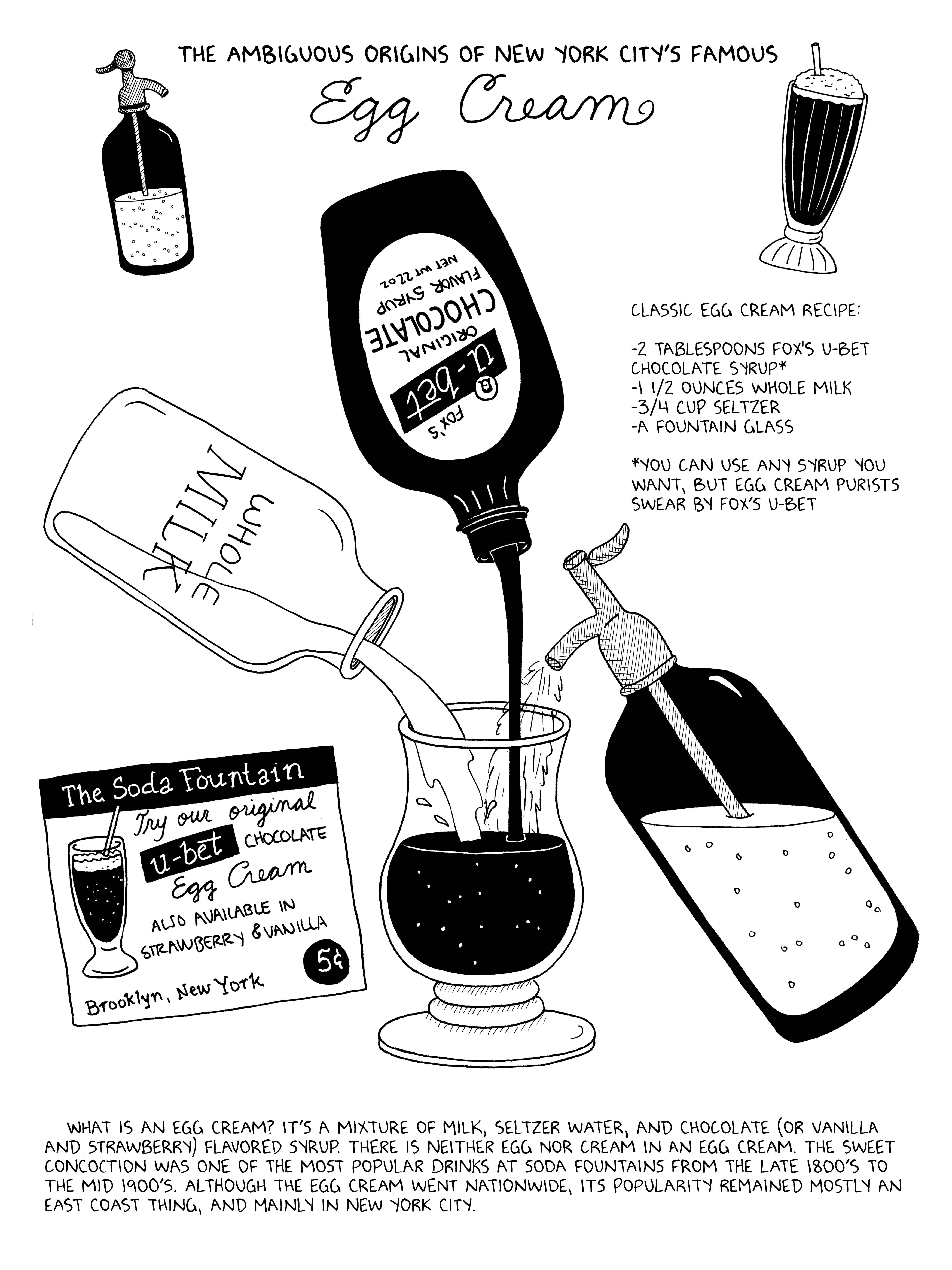 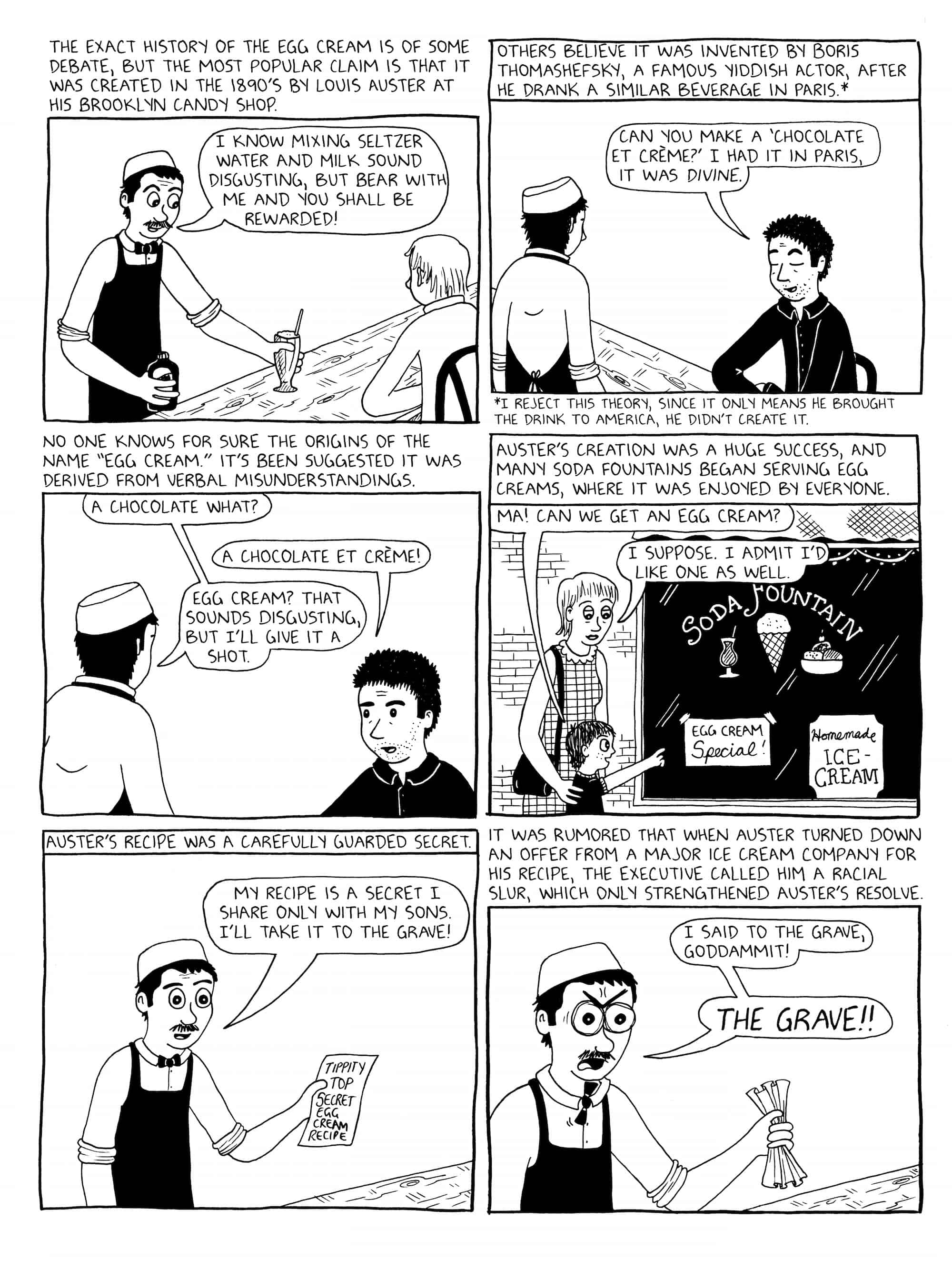 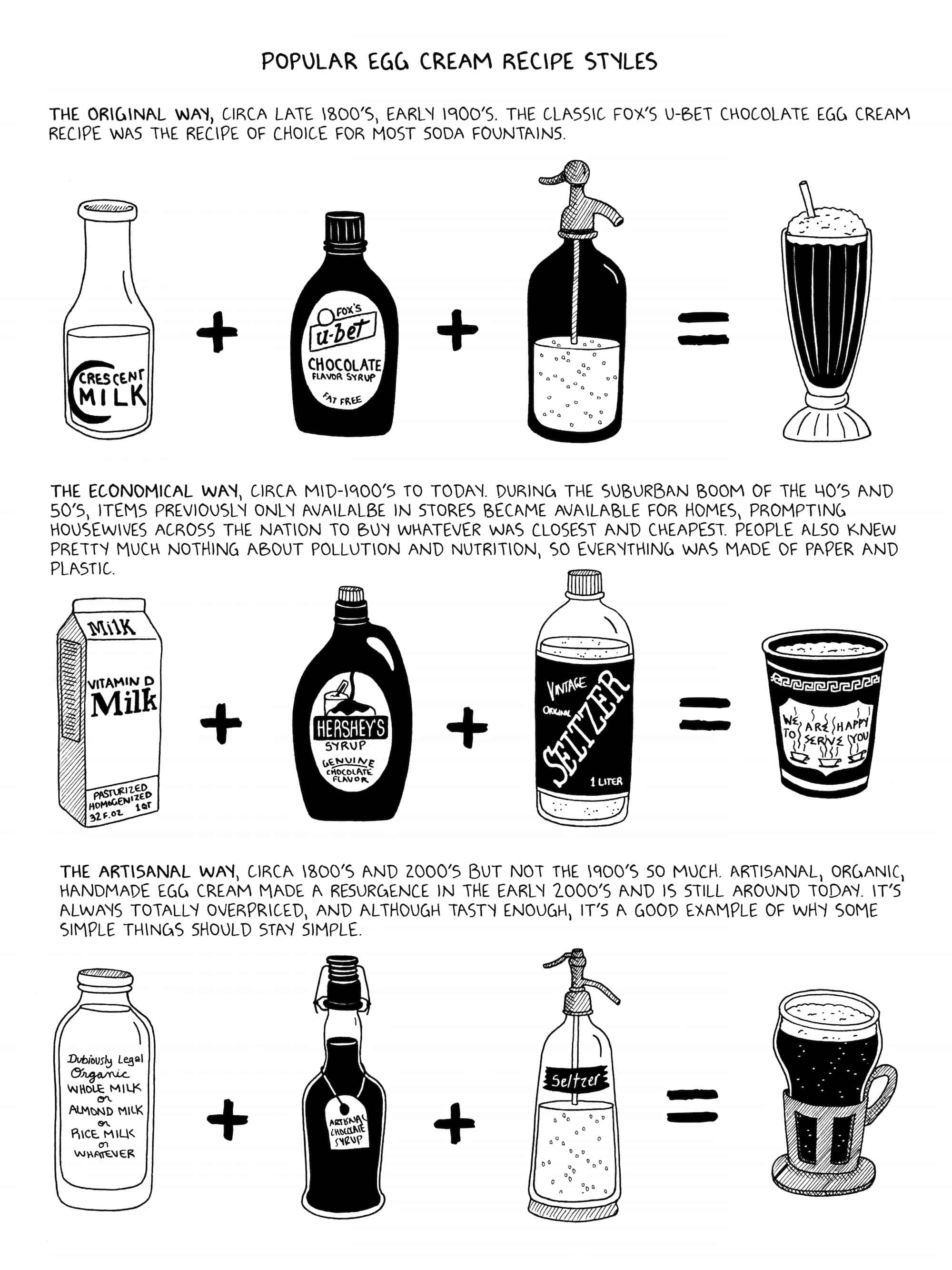 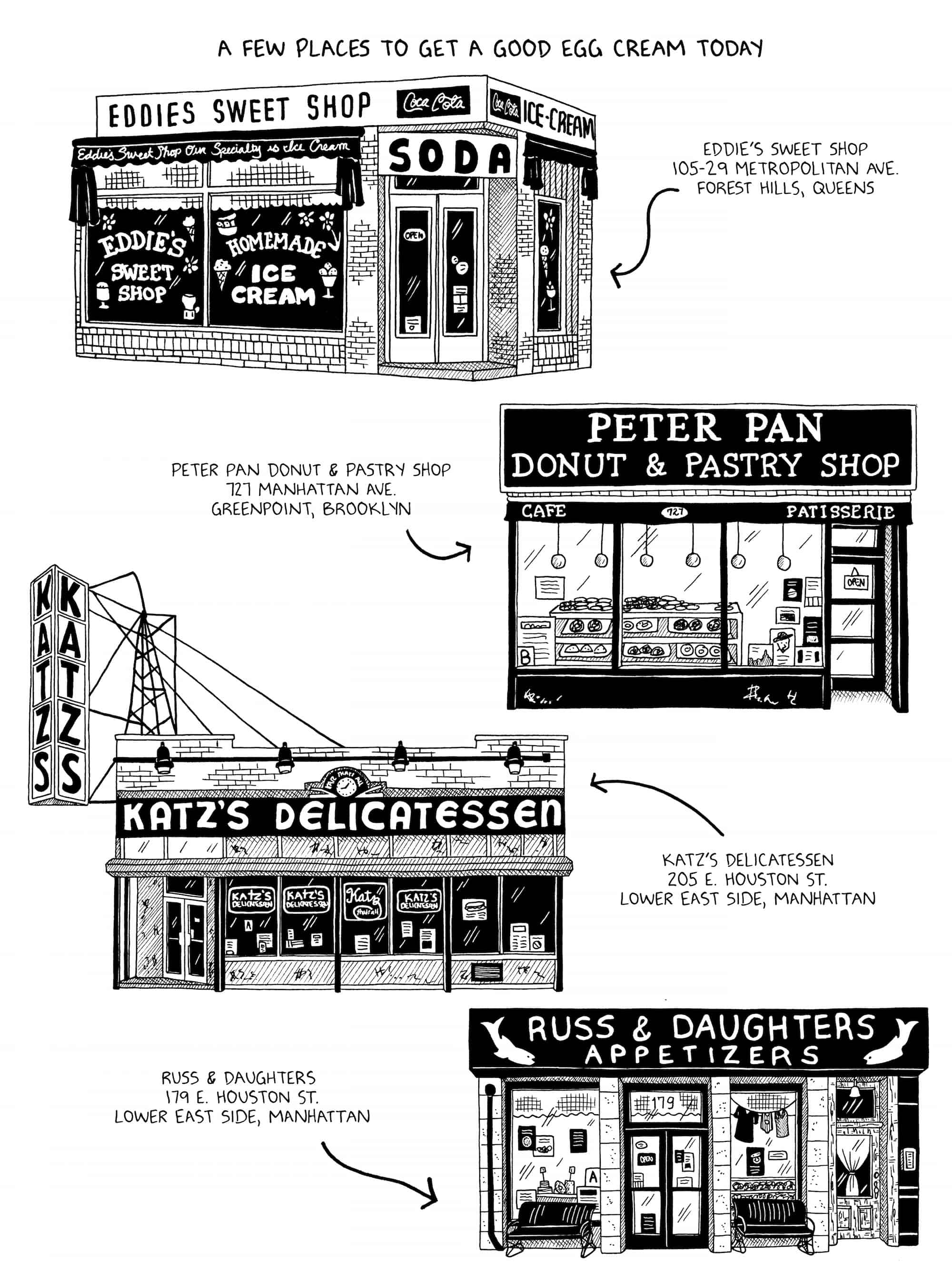 Julia Wertz is a professional cartoonist, amateur historian, and part-time urban explorer/photographer. She made the comic books The Fart Party vol 1 and vol 2 and the graphic novels Drinking at the Movies and The Infinite Wait and Other Stories, both of which were nominated for Eisner Awards. Her last book was Museum of Mistakes: The Fart Party Collection, and her newest book, titled Tenements, Towers & Trash: An Unconventional, Illustrated History of New York City, containing history comics and cityscapes, will be released by Hachette in fall of 2017. She currently does monthly comics and illustration for The New Yorker and Harper’s Magazine. Her work has also appeared in The New York Times, The Believer, Medium, and other places. Her photography of abandoned places has appeared in The New York Post, the Daily Mail, and some local rags. Originally from the San Francisco Bay Area, she spent a decade in New York City, where her apartment was a subject of debate. As of 2017, she is in transition on the west coast.