Ten Awesome Tweets on What #FreeExpressionIs 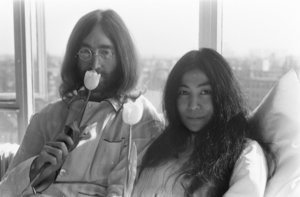 In the past week, hundreds of people have tweeted in PEN’s #FreeExpressionIs campaign, including Bret Easton Ellis, Ai Weiwei, Teju Cole, and, today, Yoko Ono:

These lucky folks won prizes for their great #FreeEpressionIs tweets, ranging from free tickets for 2014 World Voices Festival events to books signed by authors Susan Choi and Masha Gessen.  Plus, they’re still in the running to win two tickets to PEN’s Literary Gala on May 5!*

Think you can do better?

Stay tuned—we’re also releasing a few copies of Joseph Anton, signed by Salman Rushdie himself, for the best new tweets that describe, visualize, and imagine what #FreeExpressionIs!

*Tickets to the 2015 Gala may be substituted upon request.