Syria: What Does it Mean to be a Syrian Poet Today? 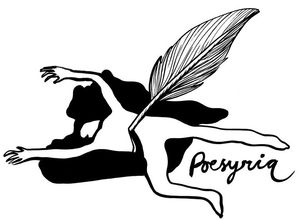 Ghost towns, devastated forests, fire-ravaged fruit groves, refugees in their millions, deaths in their hundreds of thousands, a raging war and a future without prospects. This, in a nutshell, is the Syrian tragedy. In the midst of it all or at the periphery stand the Syrian intellectuals. Some have joined the armed struggle against the regime, others have both feet in the political camp. The pain of the overwhelming losses can silence the most articulate. But, astonishingly, Syrian poets have not been negligent in their mission. Their voices resound, unsilenced, in the midst of the tragedy, producing an endless stream of poems and reflections on the destruction in all its inconceivable magnitude. New, independent newspapers, magazines, books and texts in Arabic newspapers and on the internet are spreading wonderfully like never before. It all must have placed the Syrian poet in an unfamiliar situation. So The Dissident Blog has asked some of the poets contributing to this edition: What does it mean to be a Syrian poet today?

Penelope, yes, to me it means being Penelope, weaving and re-weaving the same long burial shroud out of excruciating pain. It means having the same patience as she did as she waited for her love to return. I just swap her beloved’s name for that of my country. At such a time we can but wait, licking our wounds and pursuing hope. Is it not strange that in Arabic, the words hope and pain are anagrams? I must be like Penelope. But Penelope never weaves in silence. Every time she pricks herself she cries out and speaks. Keeping silent is a crime nowadays, a heinous crime. Being a Syrian poet today means living with a pain that twists and turns, multiplying in order to penetrate all its open pores. Being a poet and a woman at a time when women scream in pain means that I have to acquire a different consciousness. Neither the language nor the poetry is enough to re-create what has been obliterated. Being a Syrian poet, woman and mother means that I have to embrace every pain; to be some kind of Jesus bearing his cross. Pain cures pain, wounds heal wounds. It’s the same with death. It means that I have to be a Mary, scouring the forest for something to dress Jesus’ wounds with. Our Jesus has a gaping, bleeding wound. It would take more than an entire forest to heal it. Being a Syrian poet means that I have to re-assess my vocabulary and create a new language; it means that I plug all my senses into to the bloodiness. It means that I write with blood instead of ink. It means that I leave aside my lipstick and makeup. It means wiping the tears that sodden the soil and hiding my own within me in order to fall apart alone.

It means reading, writing and living where there’s no room for living or writing. I mean living a normal life where you aren’t a refugee or a mouse, and aren’t persecuted, and which many poets live today along with millions of others. I still live in Damascus. It might be luck, and nothing but, that I haven’t been hit by this war that’s being raged indiscriminately against urban quarters, houses and cities. The life of the Syrian poet is like that of all other poets. We all have war and killing in our faces, every day. We are like all poets who find themselves having to choose sides between life and liberty.

The most important questions today are that of liberty and the continued existence of the dictatorial—including religious—regimes. To me as a poet and a Syrian, this means everything. Being a Syrian poet means that you’ve broken a long-lasting silence. It also means that you’ve conquered your fears. You look yourself in the eye, fully capable of searching your soul so that you can see yourself in a new light. It means breaking out of voluntary isolation to integrate with other people, since they need you and you need them. Maybe the poem is inaccessible to you, but it will return. The dream of a better country greater than the poem. Perhaps it even gives you the incentive to create a better poem.

Being a Syrian poet means conversing with death every day and getting acquainted with sorrow and pain. It means drinking alcohol mixed with despair and with tears. It means inventing simple ways to live. Being a human to prevent your soul from becoming disfigured. It means sometimes pursuing small pleasures like brief romances and laughter. And writing about it all so as not to lose. Not to forget that you’re a poet—a witness.