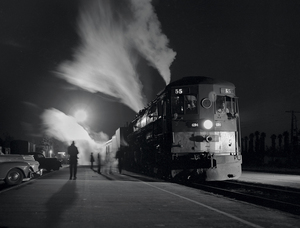 This week in the PEN Poetry Series, PEN America features a poem by Shane McCrae.

I’ve been in a white man’s

Skin in my body

and I have returned to tell you

Never in my life I

Nor ever in my life

So capable     so strong

woman all my life

As any colored woman

Born from a white man’s property

And I felt pale inside

But never white inside     or / Inside

I felt     / Colored inside but colored white

The color white and

The master and his family

Were clear as glass / The clear

bright white not white of

That’s what they meant when they said white

I worked in the house the mistress

wasn’t bad or good to me

I spent my childhood with her children

but     / About when I turned thirteen

thirteen and the other ten

Began to look too long at me

The older for himself     the younger for the older

and soon I was sent

To keep us separate

but to keep the boys from doing

In the house what they wanted

To do to me in the house

I think it’s white folks what they want

It isn’t really or it isn’t just

to / Not see the wrong

They want to not see

It and they want to know

It’s happening where it belongs

I spent four years in the fields

It was worse than you might care to think it was

thing I caught a glimpse of my / Face

in still water in a bowl I saw the

and money from the house and

In the night I walked away and in the morning

I bought a ticket north

and / Nobody looked at me except to nod

I rode the train with slaves and their

Down at their feet

Looking down once or twice their masters I

Don’t know what they were looking at

Except I think I saw

It in a sunbeam as the sunbeam

lit the window by my head

The dust in the air

I know it was lint

flying in the light