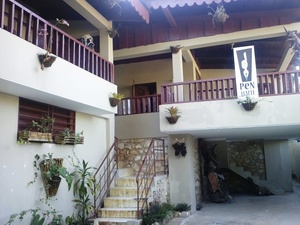 We’ve been following the exciting things that are happening at PEN Haiti’s new Maison Georges Anglade house of literature—a rare example of “building back better,” to borrow the controversial slogan Bill Clinton coined after the devastating 2010 earthquake. This week, on the PEN America blog, PEN member and poet Harriet Levin Millan reports on a workshop she led in June at the Maison with a group of students from Drexel University, offering a glimpse of this promising new literary center in action.

PEN Haiti’s founder Georges Anglade, a noted ethnographer and academic, was killed in the January 2010 earthquake in Port-au-Prince. Since that tragedy, PEN Haiti has rebuilt under dynamic new leadership with help from the broader PEN world and international donors. PEN American Center has been honored to work closely with PEN Haiti on a number of its exciting projects through support from the Jerome L. Greene Foundation and the Ford Foundation. We attended its first Libérez la Parole! festival (Free the Word!) in April 2012 and hosted PEN Haiti President Jean-Euphèle Milcé and the writer Emmélie Prophète at the 2013 PEN World Voices Festival in May, where they joined journalist Amy Wilentz and NBC producer Shoshana Guy for a spirited debate on reconstruction. The Maison Georges Anglade, meanwhile, has been engaged in a flurry of activity, running residencies for emerging Haitian writers and featuring monthly debates on everything from Woody Guthrie to free expression. 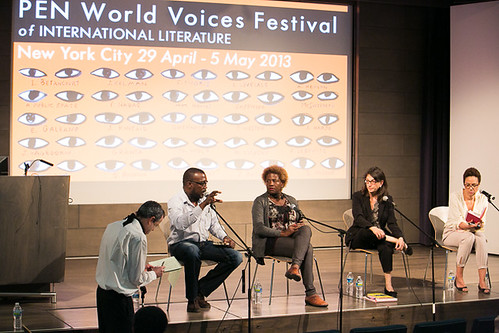 There are a lot more exciting projects to come. Next month, PEN Haiti will begin offering technology trainings to local youth and offer access to digital libraries on computers donated by the French government. PEN Haiti staff will also attend the PEN International Congress in Reykjavic, Iceland to share lessons about their work, and we will be laying the foundation for collaborations between young American and Haitian writers. Development efforts in Haiti have been tinged with inflections of imperialism and colonialism since well before the earthquake. PEN Haiti offers a rare example of group of writers who are ambitiously pursuing a vision of Haitian creativity on their own terms.