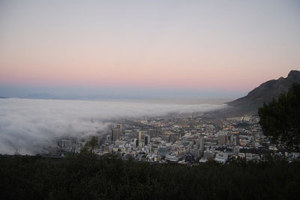 We’re excited that the UK-based Guardian has reported on the important free expression battles unfolding in South Africa, summarizing international condemnation of the country’s so-called Secrecy Bill at the United Nations. The Protection of Information Bill is ostensibly designed to improve an apartheid-era law, but the text has been roundly criticized for containing provisions that are too broadly worded and lack protections for whistle-blowers.

Working closely with South African PEN, PEN International submitted a briefing to the UN Human Rights Council on the Secrecy Bill and other pressing free expression concerns, such as a proposed government Media Appeals tribunal that would have the ability to regulate the press.

Last week, Nobel Laureates J.M. Coetzee and Nadine Gordimer both criticized the bill. “The legislation is transparently intended,” Coetzee explained in The Guardian, “to make life difficult for pesky investigative journalists, and generally to save incompetent or corrupt bureaucrats from being embarrassed.” Nonetheless, the bill passed the lower house of parliament before the ruling ANC party introduced several compromises in the text.

Even if the bill does pass in its current form, South African lawyers argue that it would not survive scrutiny by the Constitutional Court. There is little doubt that international pressure—combined with fervent local advocacy—continues to delay the bill becoming a law.

There are larger structural challenges afoot in the area of free expression in the country. For example, the government recently protested a satirical painting in a private gallery that depicts President Jacob Zuma with his penis exposed. The suggestion is that local cultural norms can trump the right to expression—even when the expression is contained in a private space. The ANC’s response has, as a result, arguably made artist Brett Kelly’s painting The Spear of the Nation the most iconic South African painting of the past decade.

The @PENamerica Emerging Voices Fellowship is open, folks. "committed to cultivating the careers of Black writers...those who identify as Indigenous, persons of color, LGBTQIA+, immigrants, writers with disabilities, living outside of urban centers"
https://pen.org/emerging-voices-fellowship/

We have a new newsletter @PENamerica! It's called PEN Points and it gives you weekly insights into free speech, the big questions around free expression in the U.S. and abroad, and highlights the amazing work my colleagues are doing! https://mailchi.mp/pen/penpoints?mc_cid=d4c5fdc4c3&mc_eid=c9cb8ee708