Lemke writes: Marnie Galloway’s comics about pregnancy, bodies, and autonomy are both mystical and profoundly earthbound; she manages to capture the raw humanity of the mess of motherhood along with its ever pressing existential crisis. Also, she’s hilarious. I love these pieces, her clean lines and expressive characterizations, which are part of an ongoing series that Galloway is producing “To try to capture the chaotic breadth of experiences around birthing and parenting young children.” This set is appearing first on the Illustrated PEN series.

On a personal note—I will share that I picked this trio of comics for PEN America before finding myself pregnant again, and, like the character in the central piece, crossing a river that I’ve forded before, hoping both to relive and somehow transform the past and its trauma in doing so. The uncertainty of transition is common across many such ventures, and these comics speak uniquely to and also beyond the gestational body. 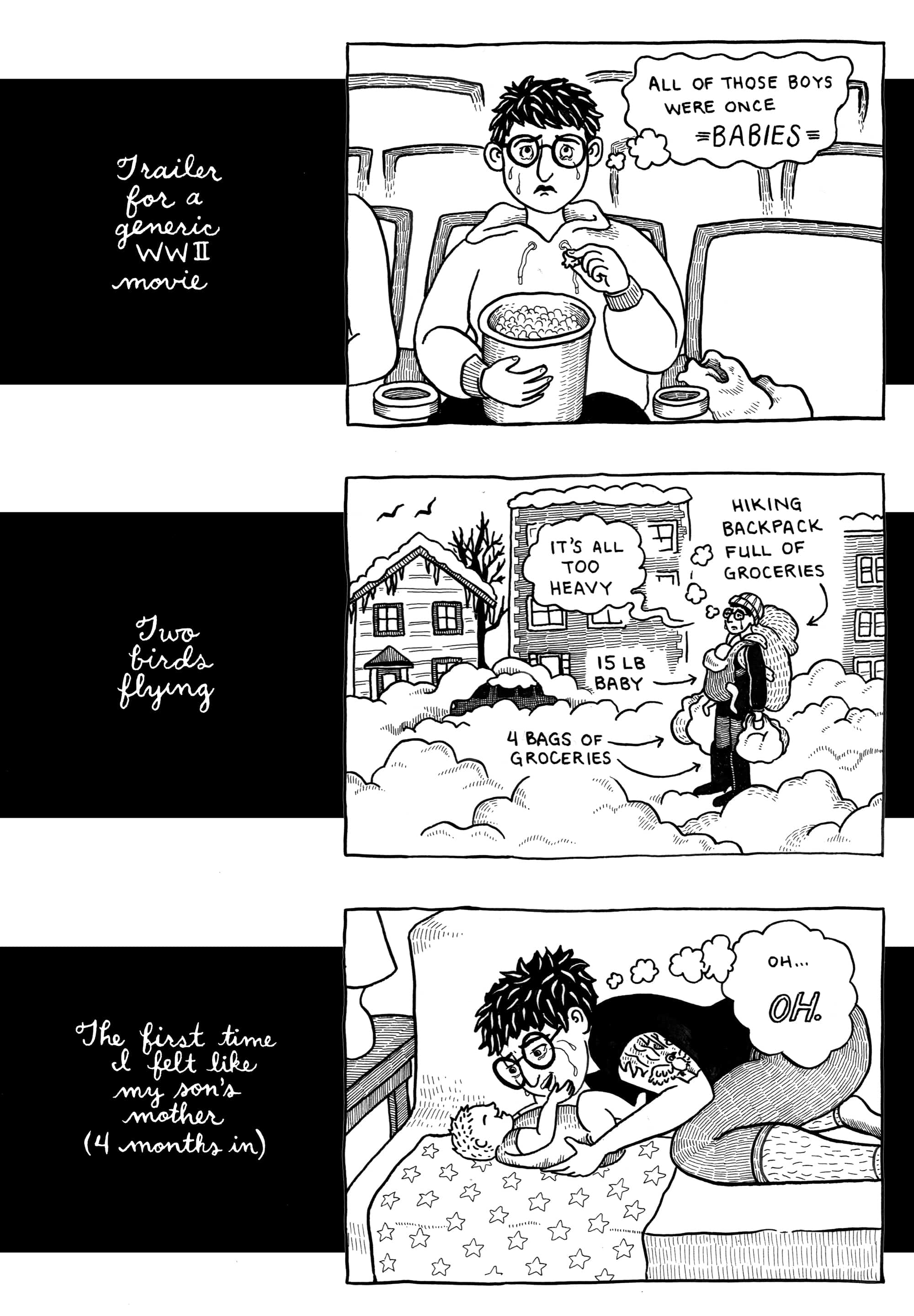 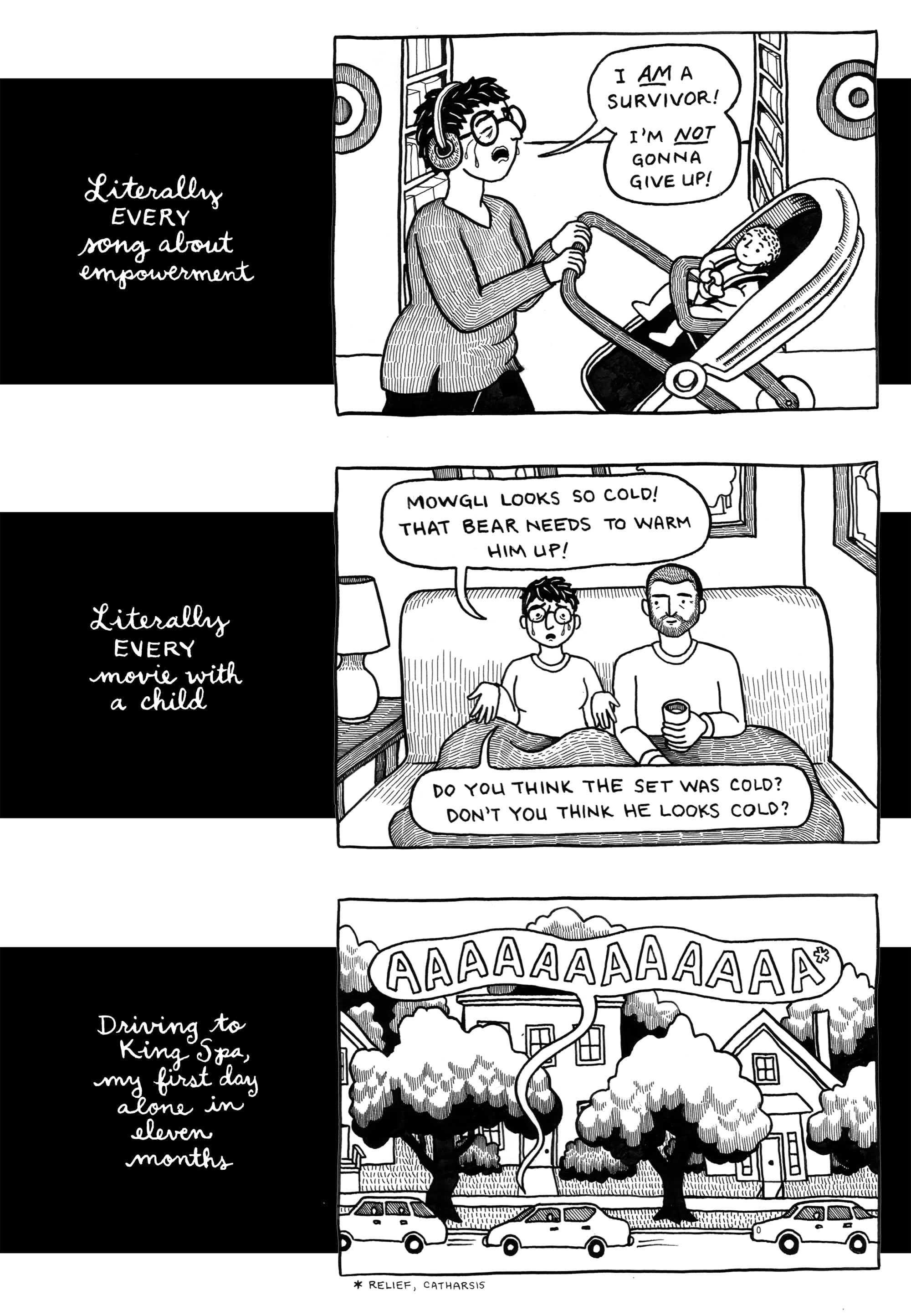 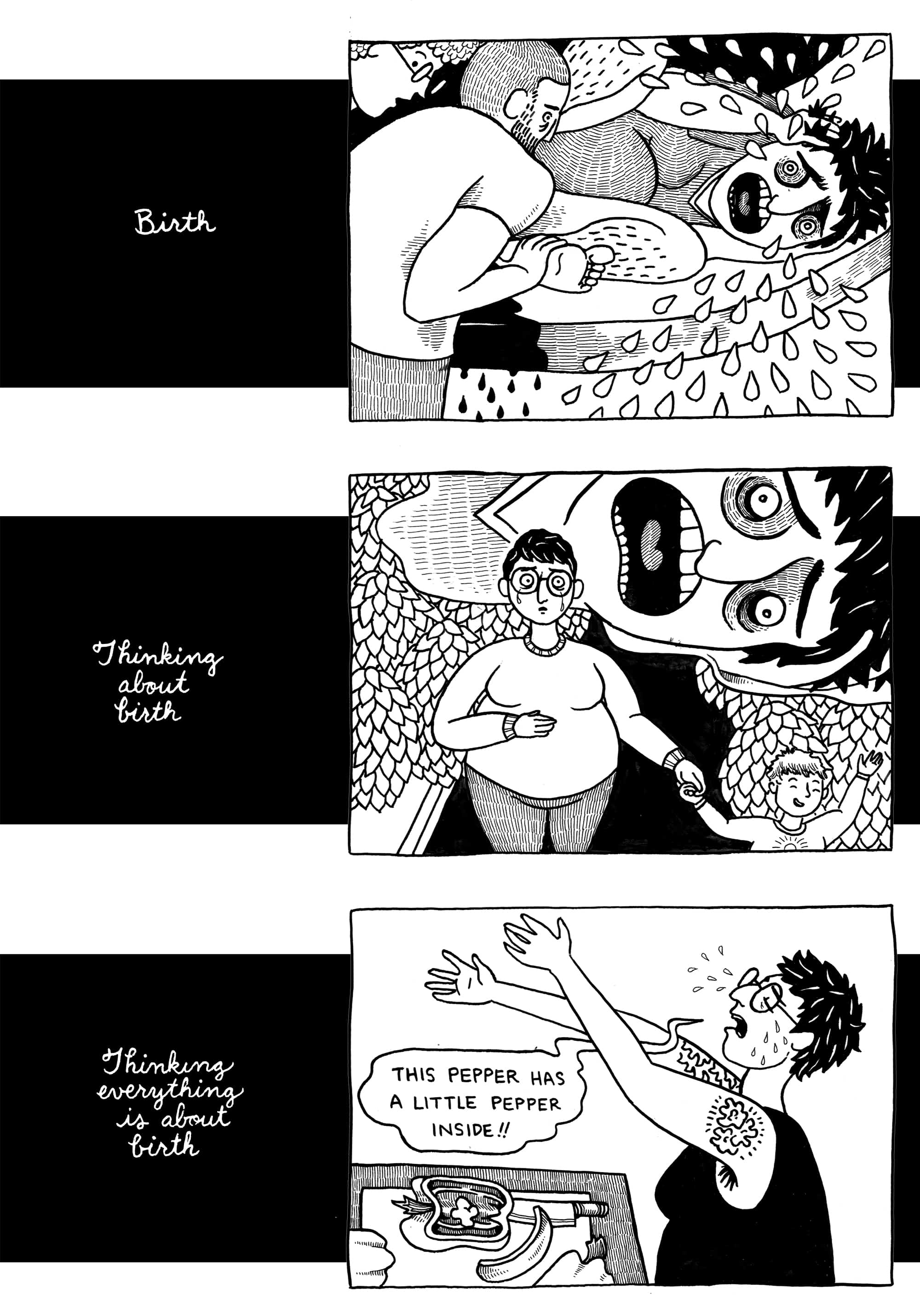 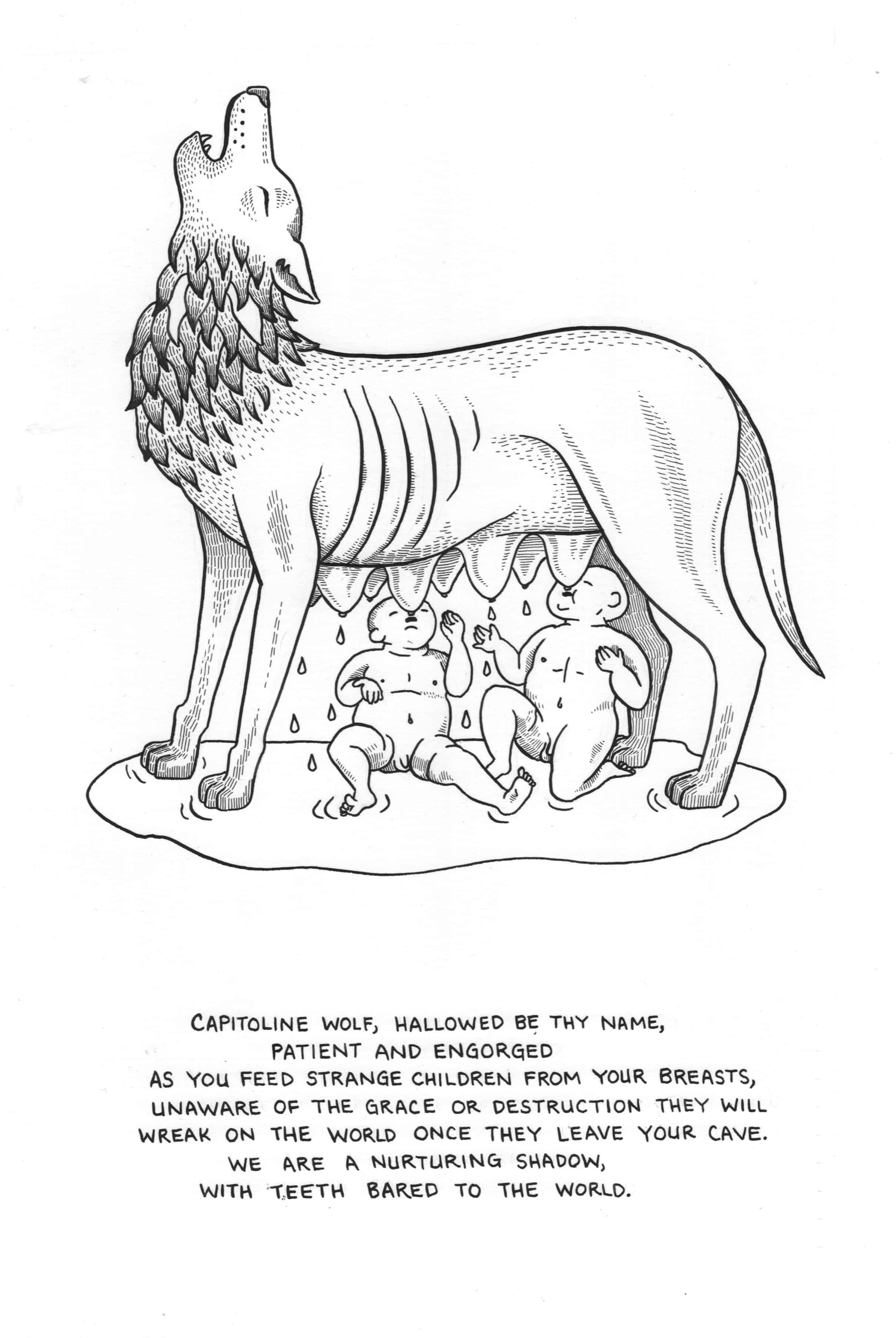 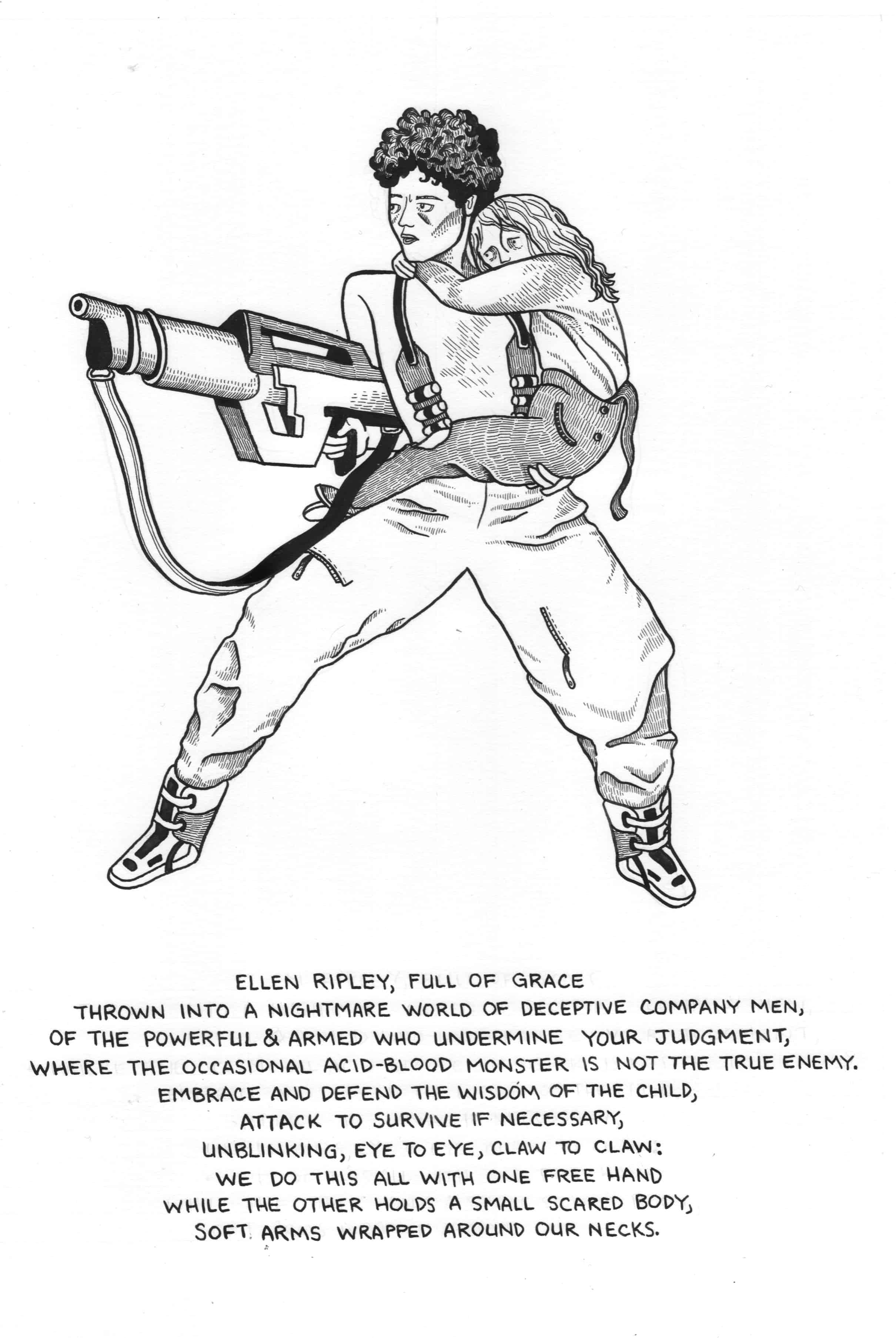 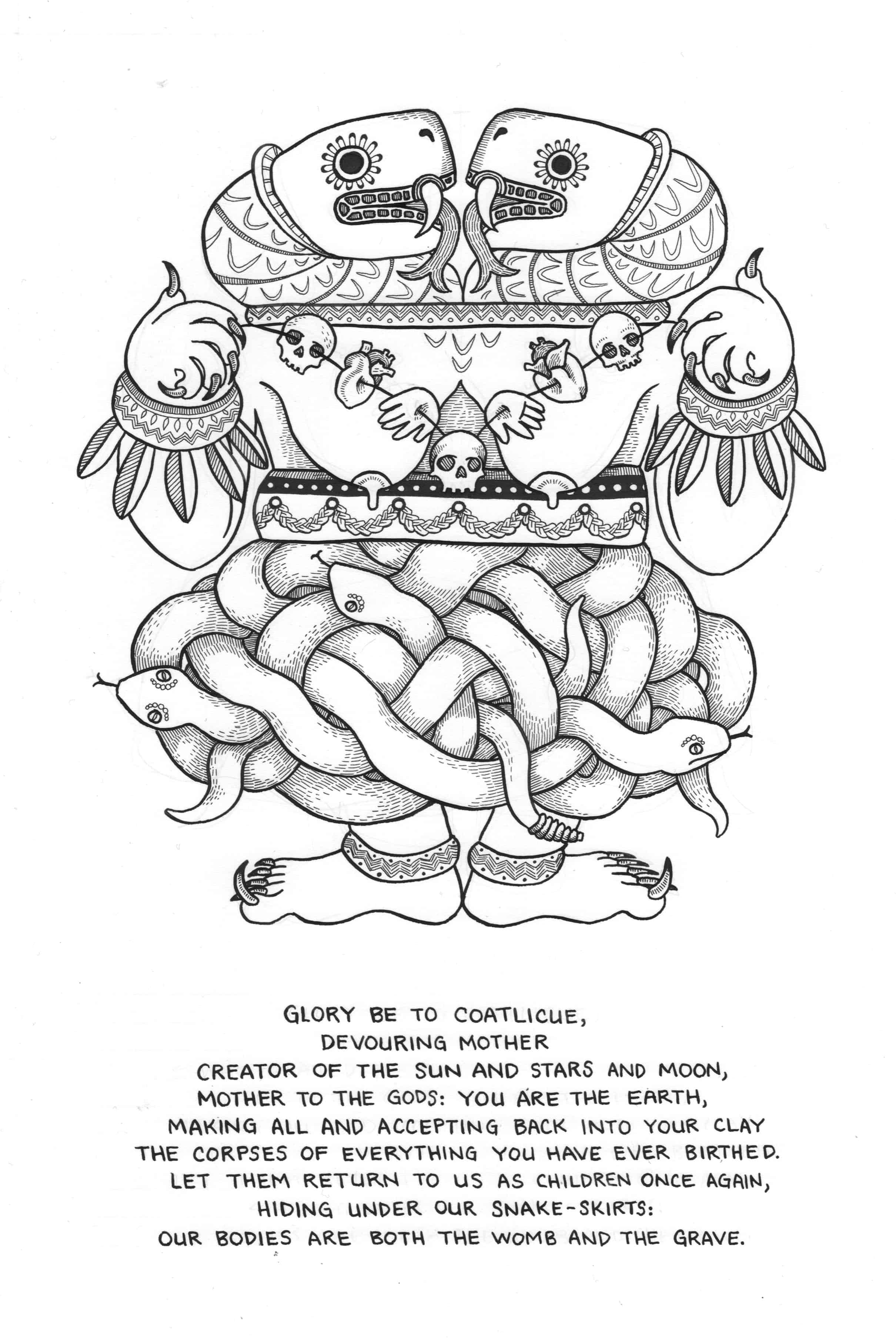 About this series: Birth, pregnancy, and parenthood are too fragmented between genres (comedy! horror! transcendence! grief!—sometimes all in the course of a single afternoon) to meaningfully collapse into a single linear narrative. To try to capture the chaotic breadth of experiences around birthing and parenting young children, I am making a series of short comics which I will collect in the book Slightly Plural, forthcoming June 2018.

Marnie Galloway is an award-winning cartoonist and artist working in Chicago. Her debut graphic novel In the Sounds and Seas was published in 2016 by One Peace Books; other comics of note include Particle/Wave, Burrow, and Slightly Plural (forthcoming). She previously served as an organizer of the Chicago Alternative Comics Expo, and she splits her time these days between making new comics, working as a freelance illustrator, and caring for her ebullient two-year-old son.

The Big Book of Bisexual Trials and Errors