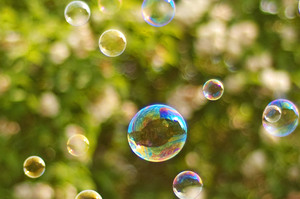 This piece was submitted by Larry Smith as part of the 2015 PEN World Voices Online Anthology.

Since 2006, I’ve been asking people to sum up their lives in exactly six words on the storytelling community I founded, Six Words from SMITH Magazine. We call these short life stories “Six-Word Memoirs,” a personal twist on the form that, according to literary lore, Hemingway started when challenged in a bar to write a whole novel in just six words: “For sale: baby shoes, never worn.”

Eight years and more than one million stories later, the six-word concept has become a bestselling book series, a teaching tool used across the world, and a powerful way to spur on self-expression for anyone and everyone. In hospitals and veterans’ groups, at after-school programs and houses of worship, around dinner tables and (naturally) during speed dates, the six-word concept has been used to foster understanding, ease communication, and break the ice.

The six-word constraint forces us to figure out the essence of who we are and what matters most. Above all, six words is a great way for anyone and everyone to start telling their story. A compelling Six-Word Memoir also provokes three more important words from those who receive it: Tell me more. Here are just a few examples of Six-Word Memoirs from people across the world, including a few names you may recognize. —Larry Smith

Life behind a microphone gets lonely. —Crystal Kash

Hugged some trees, then burned them. —Tom Price

Brought it to a boil, often.  —Mario Batali

Near death experiences are my forte. —Anna Mauser-Martinez

Almost a victim of my family. —Chuck Sangster