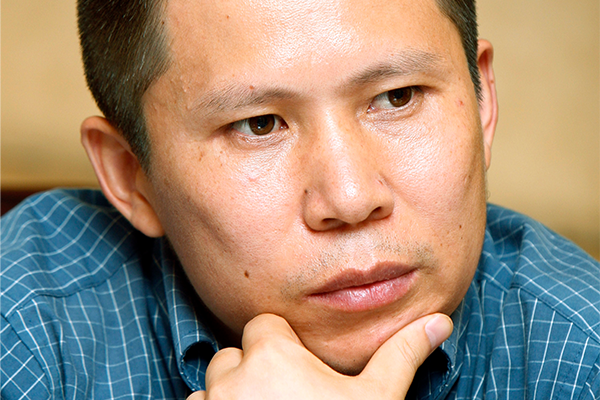 We, the undersigned writers, journalists, artists, and supporters of PEN America, are writing in support of scholar, essayist, and activist Xu Zhiyong, the recipient of the 2020 PEN/Barbey Freedom to Write Award. Xu is currently detained and facing charges of “inciting subversion of state power” stemming from his writings and peaceful advocacy. We call upon you, Your Excellency, to release Xu from state custody, drop all charges against him, and ensure he is free to write and communicate his ideas without fear of retribution.

Xu has long used his writings and his voice to call for civil rights and constitutional reform in China. For his peaceful advocacy, he has repeatedly faced retaliation from the government. Most recently, Xu was arrested in February 2020, after going into hiding amid a crackdown on civil society organizers in December 2019 and penning an open letter critiquing your leadership, including your government’s response to the COVID-19 outbreak. For the past several months, Xu has been held in incommunicado detention under Residential Surveillance at a Designated Location—a practice that UN officials and human rights groups have condemned as a violation of human rights. On June 19, Xu was quietly moved to a detention center and formally charged with “inciting subversion of state power”—a criminal charge identified by human rights groups as a legal tool for the suppression of free speech.

Your Excellency, writing an essay is no crime. Nor is criticism of political leaders, nor peaceful advocacy for constitutional reform. These are certainly not valid reasons to silence Xu, to tear him away from his family and the outside world, to force him into incommunicado detention, or to threaten him with criminal charges and years-long imprisonment. Whether in China, the United States, or anywhere else in the world, the right of individuals to scrutinize the handling of the COVID-19 pandemic and to hold officials accountable for their actions is paramount in ensuring that this historic crisis yields insights that allow us to be better prepared for the next outbreak. Around the world, the muzzling of critics and dissenting voices in relation to the pandemic has sown confusion, impeded effective response, and led to wider spread and greater loss of life.

Both international law and China’s own constitution recognize the sanctity of freedom of speech, but it is impossible to see Xu’s arrest and criminal charges as consistent with that recognition. Simply put, this is a serious injustice that must be immediately rectified.

As representatives of the global literary community, we stand with Xu and defend without question his freedom to write. We call upon the Chinese government to immediately drop all charges against Xu, to allow him to return to his family, and to guarantee his right to speak and write freely, without fear of government retaliation.

We thank you for your attention to this matter.

Read the petition
11 of 500 signatures