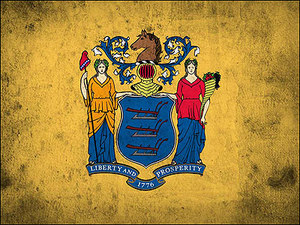 I been goin’ to the Jersey shore since I was a kid and ain’t never seen a condom or syringe wash upon the sand. The only thing hazardous was, on rare occasions, a few jellyfish pieces and the perimeter of my brother’s paper-thin wool blanket he stole from the Army-Navy store. The fuckin’ thing was like the Golan Heights, ‘cept instead of landmines, there was smolderin’, unfiltered Kools buried in the sand.

I once stopped on one of ‘em when I walked up to the blanket after gettin’ stung by a jellyfish that felt like the size of a Kaiser Roll, and when I jerked my foot back, ended up kickin’ sand over half the blanket. You’d a thought my brother caught me unhookin’ his girlfriends bra or somethin’ the way he wailed on me, ‘cos I almost forgot I got stung. When I told him about it, he told me to quit blubberin’ ‘cos the welt was only about the size of a dime, but he was still nice enough to wash it off with the melted ice in his soda cup. I asked him why we never got a whole jellyfish, just the pieces. And he told me it was prob’ly ‘cos maybe the sight of the Jersey shore scared the shit out of them so bad they just fell apart right then and there. So if the Jersey shore was as bad as everyone makes it out to be, that day I’d a had a lot bigger problems than a cigarette burn on my foot, a jellyfish sting on my back and a couple a black and blues on my right arm. So I think the whole bullshit about medical waste was started by the locals who were sick of all the bennies comin’ down from “north Jersey” and Philadelphia, and all that crap about body parts and hypodermics was meant to make people lose interest. One syringe from some out-of-town smacky or a condom by—take your pick of all the couples screwin’ in the sand the night before—and it gets blown out and carried away.

That’s the thing about Jersey—if you’re from the metropolitan areas, you call the entire state, “Jersey.” If you’re below that, you say you’re from “South Jersey” and you call everything north of ya, “North Jersey,” as though we had a civil war or something. But no rnatter if you’re Jersey or South Jersey; no one ever says, “New Jersey.” And even though, believe it or not, the majority of the state lives up to its nickname with its plush farms and the greenest grass you ever knew, nobody ever says, “The Garden State” unless they’re talkin’ about the Parkway. Turnpike’s just The Turnpike and every other highway’s just called by its number—we don’t put the word “route” in front of it.

Hey, you can make fun all you want about “Which exit?” and stuff, most of us are proud of our exit identities—it’s like a secret code or somethin’. And as for all the talk about pollution and toxic waste—no one would give a steamin’ shit if the rest of the country got us officially nicknamed, “The Armpit State.” Wanna know how Jersey feels about your weak-ass state? One summer, a bunch’a punks—and I mean that with respect ‘cos back east “punk” don’t mean what it means in other places—a bunch’a punks tagged the billboard just after the Penn Grove tollbooth with, “Welcome to Jersey—Now go Home!”

And it stayed up until the followin’ summer—like the guy whose shit you were supposed to be seein’ cared more about tellin’ it like it is than the freakin’ hand-crafted furniture he was pushin’.

I guess that’s what Jersey’s all about when it comes down to it. No one ever seems to be from anywhere else. I mean, when I was a kid, when a new kid moved in, it was never someone from the real south like Georgia or nothin’, or Colorado, or even PA. They were always from some other part of Jersey. And I guess that sorta makes sense ‘cos everything’s so close together you couldn’t wedge a two-by-four end to end between the siding of two houses. So it was like, at least for kids, you could never really know where one town ended and another began. Which was fine with me ‘cos I lived in so many of ‘em—‘cept for the name, nothin’ ever really changed.

But after the divorce, my mother an’ me moved in with my grandfather in Paterson. It used to be called the Silk City back in the day before China opened its Great Wall to the World Trade Center. Actually, I don’t know if that’s true, but it’s somethin’ my grandfather would go on and on about whenever he caught colored kids cuttin’ across his tomato garden in the back yard. I was only four, so I was always lookin’ for what I thought was actually “colored” kids and was pretty disappointed when all I saw were black ones. I guess, all things considered, gramps was prob’ly wrong about China ruinin’ the good ol’ days.

Don’t really matter who did what—Paterson is Paterson. Just a whole lotta abandoned buldings along the Passaic River in what used to be called the garment district, I think. Punched out windows and burned out door frames inside red brick skeletons block the view to Paterson Falls. And they used to have fairs there—fireworks, cotton candy, and even a guy in something like a barbershop get-up—you know pleated frilIy white shirt, red vest with one of them flat, round, striped hats that look like they’re made outta the same shit they make rice cakes outta. Anyway, this guy would walk a tight-rope across the falls. The grass where I always used to pretend my father was sittin’ next to me watchin’ the fair’s now overgrown with weeds and a chain-link fence stops you from committin’ suicide. And it’s a shame no one ever goes there anymore ‘cos it’s really the only place where the Passaic River looks clean.

I hate to sound like a bunch’a bubbies from Coney Island, but it ain’t so much the color of the Passaic River that’s bad, it’s the consistency. It’s like used motor oil or somethin’. But people still fish there almost year ‘round and pull up carp the size of your friggin’ leg—‘cos you don’t need no license to go fishin’ in the Passaic. Trust me, ain’t no one gonna eat what comes outta there. And ain’t nothin that can live in that river gonna die outside the river.

My brother always used to say, “Only the river can kill what’s in the river.” And I never really knew what the hell he was talkin’ about, until one day, some Puerto Rican girl wanted to go to her senior prom so bad, she went full term without no one noticin’. She had that baby in the parking lot of the Hot Grill just off’a 46 in Clinton, wrapped him up in a thin wool blanket and on the way to East Side High, dropped him off the side of the Haledon Ave bridge—which ain’t never had a workin’ light since I ever crossed it. And I guess in her mind that was the best place to do it ‘cos the river’s always dark and there ain’t no lights and everything tossed over the side of that bridge disappears into that darkness before it ever makes a splash. So before that splash ever happens, whatever it was you dropped over the side, in your mind—you can change it into somethin’ else. And the Passaic doesn’t really move or flow, it just seems to sorta sit there. So maybe in that thick dark gentleness, that baby just thought it was goin’ right back to where it come from.

There’s so much shit in that river: tires, batteries, broken beer bottles and even an armored truck. A long time ago, I tossed my best friend’s kid sister’s toy stroller off the bank right across from this place called the Goosey Lots. She bawled for hours and I felt bad afterwards, but I was really mad ‘cos she’d been follwin’ us around all day. Turns out, she didn’t wanna go home any more than my best friend. See—their mom killed herself, they ain’t never knew their dad and the only person at home was their crazy grandmother who drooled words in Puerto Rican and had this ping pong ball thing for an eye. I didn’t know until much later that girl wasn’t followin’ us around, she was followin’ me. She was only a year younger, but you know at that age a year seems like a decade. At the start of my senior year we ended up in a lotta the same classes ‘cos I got held back—and we started datin’. I had to keep it a secret—at least from my family—‘cos even though my father didn’t have a drop of Italian blood and my mother was only half-Italian, their prejudices were full-blooded. Anyway, I like to think that baby landed in that plastic pink stroller instead of a tire filled with broken beer bottles.

She’d-a pulled it off too if she hadn’t passed out from all that hemorragin’ right after they announced the king and queen. They say it took three days for her to remember she’d even had a baby—and only fifteen minutes after that to pull the IVs outta her arm, put her prom dress back on and jump off the roof of Saint Joe’s—‘cos there ain’t no chain-link fence at the tops of hospitals. And I got sick ‘a listenin’ to my fermented mother and her faded-glory, baby-boomer, twice-divorced friends talk shit about what was left of that Puerto Rican girl with the red dress that used to be virgin white. Don’t ask me how, but the paper somehow got ahold of a photo of her from the prom, and my mother and her gaggle of has-beens even made fun of the make-shift tulip corsage, sayin’ shit like, “her PR boyfriend prob’ly stole ‘em from a cemetery.”

I ain’t sayin’ what she did could ever be considered right. I’m just saying that when the whole world’s crossin’ blurry lines that keep gettin’ blurrier they ain’t lines no more, I can see how she might ‘a got confused and thought maybe bein’ a river-bottom baby was much better than bein’ another generation of latch-key kids. I think for every day she had to walk home from school all alone after her brother disappeared and let herself into a fully furnished schizophrenic apartment, she lost a piece of whatever part of us is supposed to make sense of a world that seems to be runnin’ just fine for everybody else. So I don’t think she looked at it as killin’ her baby—‘cos most kids take ten or twenty years to drown instead of just a few minutes, and ain’t nothin’ ever happen to their parents. And goin’ to the prom afterwards, that was just a way of makin’ everything seem normal again.