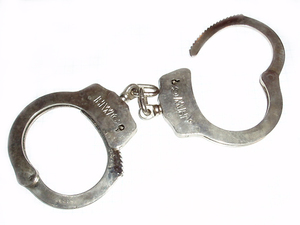 Today in the PEN Poetry Series, guest editor C.D. Wright features seven poems by Valerie Hsiung. About Hsiung’s work, Wright says: “Valerie Hsiung is a very prolific writer whose poems have great tonal, mood, vocal scale—that lower limit speech / upper limit music of which Zukofsky spoke. She can also express exasperation and alacrity in the space of a single short poem. The words seem simple, but their moment of appearance is rarely expected. Too wise to be innocent and too fresh to be gnarly, she eases you into her bold stances. She is one of those poets you wish were more populous for they pull you up by the hair roots and remind you living is serious business, and the whole world is in our dirty little hands. Every morning requires finding the key to our handcuffs, a splash of cold water, and a dash to insure the morning’s feasibility.”

even the crazy becomes logical when the time calls for it

In the trailer park garden tomatoes
in the kitchen tomato stickers

As tumor
across seafaults you done growing
so many frescoes.

The keeper of the sidereal.

Could be salt, is salt.

I shall observe them.  I could never pass
out.

It is not coming this afternoon.

The keeper of the sidereal.

The whole city is blocked       off by some distinguished
visitor.

now was the lion with you or with us now

we have already scared them off

once again after eternity consumed

by the fire of love—

is that flower or magnifying glass

The universalisms I could name
were shattered,
wet paper will never dry again.

And they say mama who was
once the strongest and the worldliest
is now a bald weakling.

There was alas no one left to blame.
In a harmonious
we looked into each other
and did nothing else.
Except yell—

there were no neighbors
to complain, good and evil was an old game
we played—
and early, early,
the light would
enter and leave through a hole
the sky had perforated for
a biological reason once again,
once again.