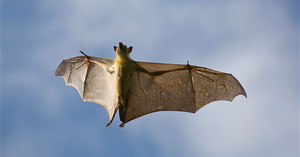 This week in the PEN Poetry Series, guest editor Robert Fernandez features seven poems by Peter Richards. About Richards’s work, Fernandez writes: “These seven poems of Peter Richards’s show the poetic function at a revelatory pitch, sound spilling over into sense and seeing and recursively drawn back again into earthy flintiness and drive. There is a hell and a heaven in these poems, an origin the speaker has forgotten but is drawn back to, seeking to articulate both spoken and speaker at once: ‘I would not be here / if not for your unbiddable / headdress / sliding fork candle.’ We sense that we are aligned with tenderness not violence, health not devastation. And yet celebration and tragedy feel linked: ‘this is how they are maneuvering alone vague…trapped inside a dome of great matter and blessing.’ What strange, vibrant sojourning to wander in such a place, to be taken up by music and set down in seeing, and what deft and searching hands have carried us here.”