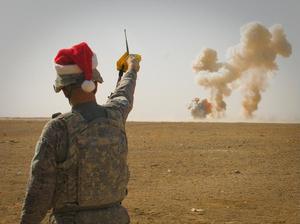 2013 has been a busy year for human rights and digital technologies. We’ve seen the rise of more sophisticated tools of repression, and exciting new developments in digital security and freedom of expression. Early this year, PEN was denied at the Supreme Court while fighting government secrecy, and then Edward Snowden shocked the world with his revelations about the NSA’s bulk collection programs. In September 2013, we released our report, Chilling Effects, which showed that one in four U.S. writers are now self-censoring because of government surveillance, and we also shared our infographic report, The Rise of Digital Repression, which revealed that 49.2% of the writers in prison on PEN’s caselist were persecuted because of their use of digital technologies.

Every day, it seems, new technological developments and scandals promise to dramatically change the human rights landscape. But sometimes it’s good to take a step back and look at the bigger picture. These seven articles on digital freedom and surveillance are some of our favorites from around the web in 2013.

1. The Delete Squad: Google, Twitter, Facebook and the new global battle over the future of free speech
Jeffrey Rosen (The New Republic)

This insightful article is part investigative piece and part primer on Constitutional law, and details how companies such as Facebook—which have user bases exceeding the populations of most nations—make decisions about free expression online. The employees have powerful jobs but not necessarily fun ones: they spend their days assessing allegations of racism, hate speech, child pornography, and mutilation.

2. Why Privacy Matters Even if You Have ‘Nothing to Hide’
Daniel J. Solove (Chronicle of Higher Education)

Admittedly, Solove wrote this article in 2011 to summarize a book he published that year, but this legal scholar has been way out in front on these issues for a long time: at 28, he published a missive about how George Orwell’s 1984 is the improper text to use when describing the surveillance state, and Franz Kafka’s The Trial is a better book because today’s surveillance programs are increasingly bureaucratized. Here, Solove outlines several arguments you can use when someone tells you she has nothing to hide, and hence nothing to worry about.

3. The Prism: Privacy in an Age of Publicity
Jill Lepore (The New Yorker)

In this article, Lepore examines the curious case that arose from the opening of the mail of Giuseppe Mazzini, an Italian expatriate living in London in 1844. She uses the incident to trace the development of contemporary understandings of privacy and transparency. James Burke would be proud.

This tongue-in-cheek blog article by a sociology professor is written in a (somewhat) Colonial voice and uses the snippets of information available to the British Crown to identify key American revolutionaries. It’s a nice primer on how a little bit of metadata can go a long way while sharing basic precepts of data analysis. (Thanks to web editor Antonio Aiello for tracking this one down.)

Google Fellow and former editor Jason Q. Ng has been analyzing censorship on Chinese social media for some time. In this post, he delves into the complex censorship regimes utilized by China, and cautions against celebrating the perceived relaxation of blocking. If it ain’t blocked, it doesn’t mean they’re not watching you.

PEN featured Amy Wilentz in our event Haiti in Two Acts at the PEN World Voices Festival in May, where she offered a deeply critical and thoughtful view of the recovery process from the 2010 earthquake. In this post, Wilentz examines the curious rise of drone technology in Haiti as yet one more example of foreign contractors pushing technologies in the name of development. The mapping of Haiti using drone technology removes locals from their historical source of power: the Haitian revolution was staged in part because of the ability of slaves to hide in uncharted terrain. What happens to democracy when you have nowhere to hide?

7. US writers must take a stand on NSA surveillance
Dave Eggers (The Guardian)

This opinion article, first published in The Guardian, is an excellent roundup of the most serious threats of government surveillance at the close of 2013, and also an impassioned plea for writers and decision-makers to look to history for moral guidance.