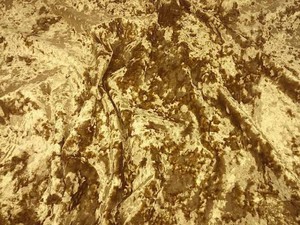 This week in the PEN Poetry Series, guest editor Brian Blanchfield features a poem by Alli Warren. About Warren’s work, Blanchfield writes: “Since the 2013 publication of her Here Come the Warm Jets, in the City Lights Spotlight series, Bay Area poet Alli Warren has completed a second book of poems, provisionally titled I Love It Though, forthcoming from Nightboat Books, and has begun writing longer poems, putting her stamp on a running notational mode whose other practitioners include Stephanie Young, Anselm Berrigan, and Jacqueline Waters. I think you can hear the durational projects, the self-conscious day-scores, of Bernadette Mayer and of Lewis Warsh farther back in the tradition. I have the sense in ‘Scrambled Eggs’ (as with a similar poem, ‘Moveable C,’ available soon as a chapbook from Push Press) that the notebook is open for a week or two at a time, day and night. For Warren that means the record, the composition, relishing non sequitur, continues to capture and grab impressions whether the author is situated as employee or citizen or patient or intimate. The instrument is sensitive. ‘Is it possible to sort a spreadsheet while flat on your back?’ This is self-reporting, in the era of political posturing on immigration policy, self-reporting in the era, too, of FitBit. The poetic instrument is tracking it all. ‘The listening chambers on either side of my head collaborate to produce a metronome.’ Keeping time with Alli Warren.”

For the night, which is droning

Under the moonlight, the serious moonlight

The lawlessness of the ocean is a siren call

A speed bump in the midst of apprehension

A cluster bomb of red projections travels up California’s spine

The earth bows under no geographic surveillance

Unemployment is built into the fabric of the wage relation

The lily at rest, receptive, the unity of its gyre

I pay for the funky sour with my maladaptive grin

The fragrance is boisterous for entire blocks I stroll

Tongue folded back on itself like a reluctant taquito

I hand him $80 and he says happy paradigm hunting

Is this what they mean by livability?

Toast sandwich with a side of grass salad

The Asiatic Barred Zone, the Misery of Maquiladoras

Retching into the mulberry, then adopting that retching position as ethical

They offer an endless array of congealed shit, sometimes on sale

The biomoral arc of the universe trends toward FitBit

Keeping the corporate body in shape

Harpooning the raft of those in need

I substitute my badly disguised morbidity for ever-present longing

Why is the playing field blue?

How does the iris find its object?

Is it possible to sort a spreadsheet while flat on your back?

The finches host their lunchtime meetings in the fir

My constant container, though it oozes and bleeds, has yet to utterly burst

I envy the deliberateness with which he ties his shoes, so too his untainted youth, face a tight green tendril

He works hard to ensure his consumption is visible. My tactic (the opposite) is perhaps no better

Going into debt so as to be employable so as to slowly pay off that debt, or never, or having been born into it, or to always already be considered unemployable, or

An endless catalog of extraction, of produced and sustained misery

They’re gold-mad, they even sweep the amber seams

A locatable shale gate, the field, its animal exuberance

Bare thighs on damp grass in the humidity of an evacuated August night, or true orange crush

There is nothing remarkable without you to see it with

What would it mean for ears to find their own will?

What I project as unattainable or impossible so there’s no need to venture into risk, so the dream’s forever cathectable

How I bemoan that Monday morning return, yet huddle off to my caving station

Pointing at the rift, the coastal range, the cognitive hill

As if sexuality were nothing but a catalog of holes

Displacing the structure onto the individual

Instrumentalized as expendable, institutionalized as disposable

The landscape woven with displacement and purled with chokeholds

The winners win by others losing by force

Some they kill slowly, others get the privilege of publicity about what is otherwise business as usual

Wraparound at the 20, bearhug at the 5

The male becomes the prototype, the rest rendered invisible

Are feelings tactics? Can emotional life be radicalized? Can I Swiffer away their ideology? What will be left?

“Underdevelopment isn’t a state of development, but its consequence”

Grinding the nub, nibbling the lobe

Chelsea boot with a dogwood booty

The condo kills the neighborhood in two months flat

Your portfolio is reeking

But what is causation really?

Diamonds in the cracks and crevices, rubies under watch of a screw loose

The seepage is everywhere, you can never cut clean through

First the invention of joblessness, then the landscape envisioned as an endless succession of cellblocks

The border makes an unruly gate

A woman aboard a vessel is considered bad luck

But my right to white life is never questioned

Cleanliness is secondary, the point is to drench myself in scalding hot water

How can I preserve my body without preserving its exploitation into labor, how can I care best for yours?

Hailing heavy gray oak hibernating like a teen in its bedroom

The curve of your clavicle, the nook for my nose

The evacuated space where your living breathing extension once thrived

& in that moment my brain is all guts

Do I wiggle when I walk? That’s ideology’s extension, sovereignty’s proprioception

First two incisors crumble, then I’m wearing a beanie you yank as you fill me up from behind

What does it mean to have “good boundaries”?

A pointer parts the lips and ventures slowly past the threshold

A Leo in the twilight of his mane

Gather around the bow and listen to the whale bark

Fidelity to the cannon, flatulence in the common soup

Satellite wrist for the patient, data management for the caretaker

The dandelions are cheerier than we are

The quake won’t shake the landeds’ grip, we need activation for that

As long as the river’s been running

First as contingent decision, then as official history

I’m waffling looking at this blade with you

“Rather than wonder whether the ends justify the means, one must ask what the choice of those means, in itself, tends to impose”

In place of an offer, an imperative backed by guns

To solve the problem by exterminating the person

I bite my tongue and try to be a pleasant patient

Clinging to the vape for dear life

A transcription from beneath the collapsed earth

Or should I not again utter “ardor”?

What’s the difference between vulnerability and openness?

Trained to horde, but preferring to forage lightly in the grape green field

Employing my time in such activities as daytime sleep

What if instead of the idea of the future what we really love is the malleability of the past?

But you know how women are

I make a barrier of my aptitude, a conundrum of my inclination

Somersault in the infield, cartwheel on the warning track, & the green between

Thumping into the life hole

The constancy of its splitting

The whole earth under long barrel

I scoop the hardened yolk from its white crib

A holler is a hill one should run from