In this week’s special edition of Illustrated PEN, Guest Editor Meg Lemke presents “Lines Drawn”—a series of illustrations, by parents and teachers, on caring for children in an era of continued school shootings. View the full series and Lemke’s introduction here, and learn more about the young activists against gun violence who will receive this year’s PEN/Toni and James C. Goodale Freedom of Expression Courage Award here. 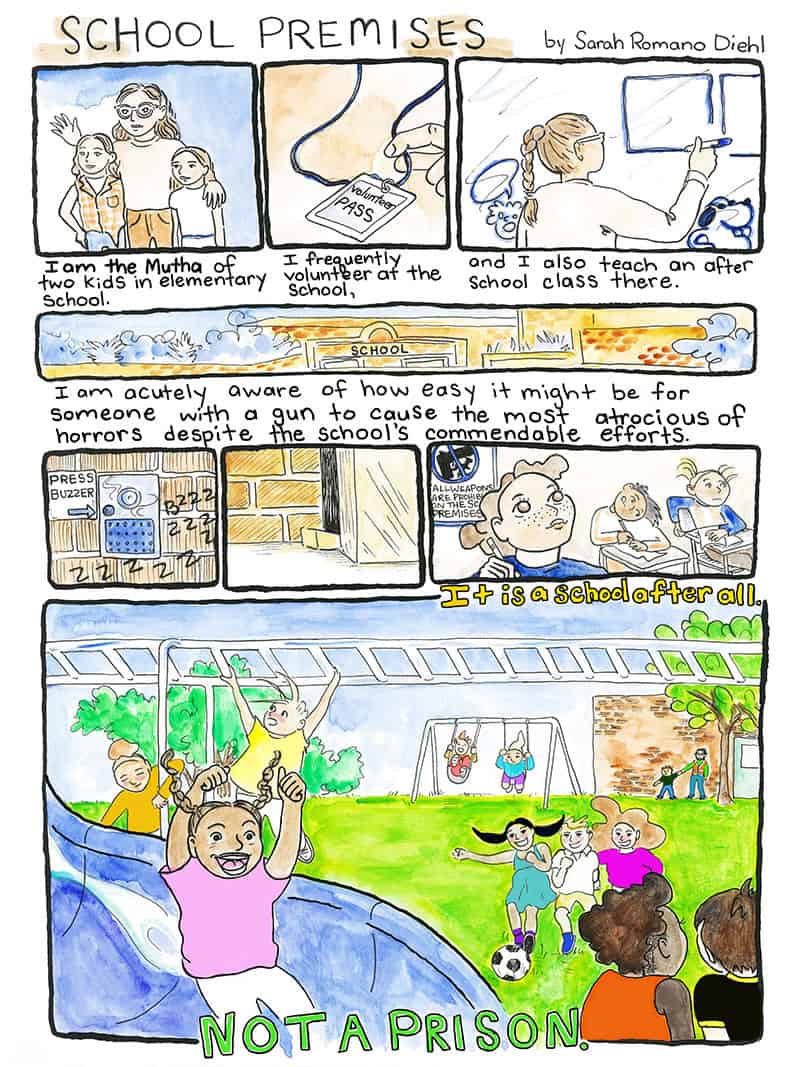 Sarah Romano Diehl is a Seattle artist with comics that have appeared in publications such as Seattle Weekly, RESIST!, Mutha Magazine, and Thick As Thieves Quarterly. In 2017 she published the first of a graphic novel series called Crust, which features the adventures of a small-town pizza delivery driver. Crust II will be out before the end of 2018.