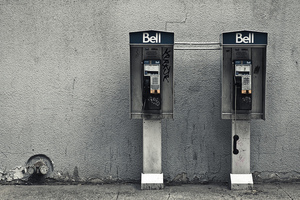 This week in the Guernica/PEN Flash series, we feature a piece by Adriana E. Ramírez, winner of the inaugural PEN/Fusion Emerging Writers Prize. Subscribe to the series and get new flash delivered to your inbox twice a month—no spam or news, just stories.

“No, no,” my mother continued her correction. “Pablo Angel died in Colombian blue-jeans.” She said this in English so that my grandma wouldn’t know I saw the dead boy on the street.

“I don’t think that he thought about it. Guys don’t think. Guys do the strangest thing, it’s what makes us all guys.”

She meant people, as in, People don’t think. My mother calls all groups of people “guys.”

“But he knew, he knew he was going to die today. He must have thought about it. Maybe they were his favorite jeans.”

“They were expensive jeans for him,” my mother countered.

“Maybe. I wonder if he knew how he was going to die.”

“Ay, tu, there aren’t too many places to be shot: the head, the heart, the arm, the leg. You think he was trying to match pants to blood?”

“I would have worn a white shirt too. The contrast was beautiful.”

My grandmother interrupted, clearing her throat. She was tired of our English conversation. “I will probably die in American jeans—my brother did.”

Pablo Angel chose to die in what he thought were American pants. I believe this. He left the house early in the morning. He bought a card to recharge his cell phone. He knew he was going to die; he only bought 25 minutes. Made his last phone call and waited. The news said he owed too much money. Had borrowed it all to buy out his government-required military service.

You can buy your way out of the draft here, a few phone calls if you dance at the right parties or you’re willing to borrow enough—thousands in a country where few make hundreds. Pablo Angel preferred the loan shark to the guerilla. A year’s worth of interest added up faster than he could pay. He’d been warned. Several times. And then one day he woke up, put on his Diesel jeans (manufactured in Medellín) with a white shirt. He’d been told, his mother said, that it would be before noon.

Like a good Catholic, Pablo Angel went to church. He knelt with his back to the road out of Barranquilla and prayed for an hour to a God that understood the value of dying in nice pants, a God that understood the goodness in his choices. The highway to Medellín and out of Barranquilla begins at the old church, Santa Rita, patron saint of all the miracles that never come.

I sat in the passenger side of my Aunt Martha’s car and watched the crowd gathering beside us as we inched our way through traffic. I saw his body for three minutes. One hundred and eighty seconds that Martha and I didn’t speak, both staring at the body bag, formerly a boy.

The cumbia music on the radio stopped. A woman began talking about North American celebrities in Cartagena. The word DIESEL was written below the pocket of Pablo Angel’s pants. The blood poured dry out of a hole near his stomach. Mel Gibson’s plane had touched down in Colombia, according to the woman on the radio. The boy was dead, no one tried to help him. Everyone just stood and watched as the policeman approached with cloth to cover Pablo Angel’s head. President Bush’s visit earlier in the year alerted Colombian officials to national security problems; the news break’s theme music played once again.

The dead face before me was frozen somewhere between surprise and laughter. Pablo Angel left a stain on the sidewalk, his blood trying to make a record before being cleaned off. But he did right in picking that white shirt. Crimson soaked, the body had surrendered, its flag coolly kissing the cobblestone.

A policeman waved us on. How odd, she would say to me, that it was during the day, so public. Seemed amateurish. Like a cheap circus.

I called my mother on the cell phone. I explained that I’d seen a dead boy in a white shirt on the gray stones of a courtyard. A minute into the conversation the call dropped—the line dead.

We stopped two blocks later and bought precious minutes from a street vendor. “Minutos de Comcel por ochenta y cinco pesos el minuto.” I did the math in my head. Five cents for a minute. I considered how many I would need for the remainder of my time in Colombia. I bought two hundred.

Better, the dead boy’s mother said through tears in broken Spanish on the news that night, than dying in the jungle against the guerilla, the government, the parapacos, or any of the other delusional souls that keep us honest.

“Mejor?” My grandmother did not pity the woman on the television. “Pendeja.”

This woman was an idiot. My grandmother had lost a sister and a brother. My mother had lost her father and her son. I’ve lost them too. We knew that being shot down by a loan shark was not a blessing.

“Si. Es una pendeja.” Three generations of women in my family agreed. Once my grandmother started saying things like pendeja, we were all allowed to jump in. My mother and I never missed an opportunity for sanctioned cursing.

Adriana E. Ramírez is the winner of the inaugural PEN/Fusion Emerging Writers Prize for her manuscript “Dead Boys.” A nonfiction writer and performance poet based in Pittsburgh, she teaches at Pitt, co-runs the Steel City Poetry Slam, and co-founded Aster(ix) Journal. A VONA/Voices alum, her work has appeared in Los Angeles Review of Books, Convolution, HEArt, Apogee, and on Nerve.com, as well as on hundreds of stages across the country.

Read an interview with Ramírez as part of the PEN Ten series.