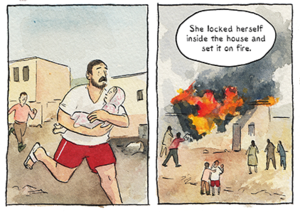 Sarah Glidden’s Rolling Blackouts is ambitious comics journalism that, in the tradition of Joe Sacco’s The Fixer, attempts to unpack the embedded contradictions surrounding Americans reporting from the Middle East. Glidden’s detailed storytelling takes advantage of the comics medium to visually represent the humanity that can be lost in translation—from literally obscuring the words of a refugee in a translator’s overlapping word balloon, to visions of the untold narrative in the faces too afraid (or angry) to approach the outstretched mic, captured with Glidden’s pen. Her cast of characters include the members of an upstart journalism collective from Seattle, and their childhood friend, a Marine veteran who has joined to “get to talk to Iraqis,” but who refuses to follow the emotional script his traveling companions envisioned for him.

This section from the 300-page travelogue offers a glimpse into one particularly compelling story-within-a-story; which I urge you to read more of, in Rolling Blackouts out this month from Drawn & Quarterly. —Meg Lemke 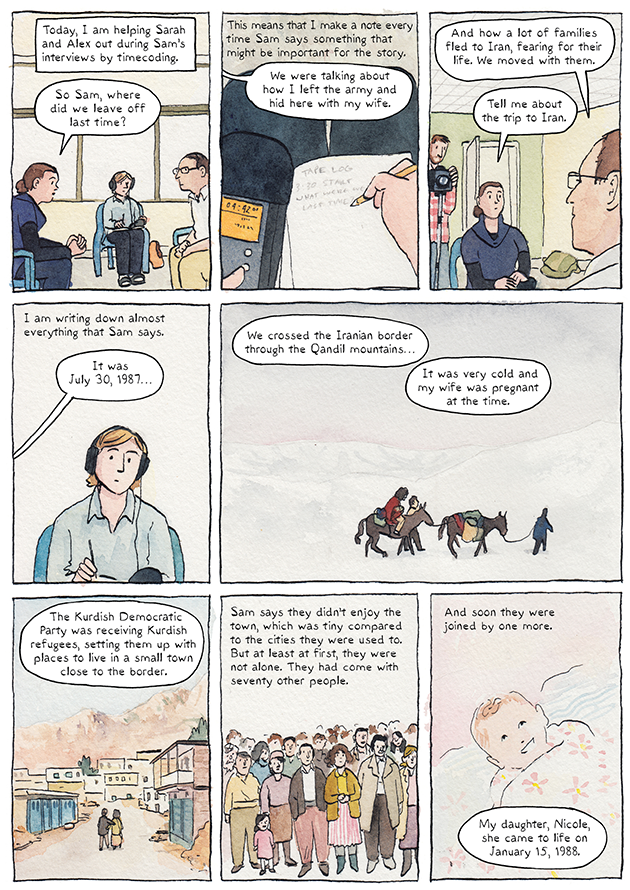 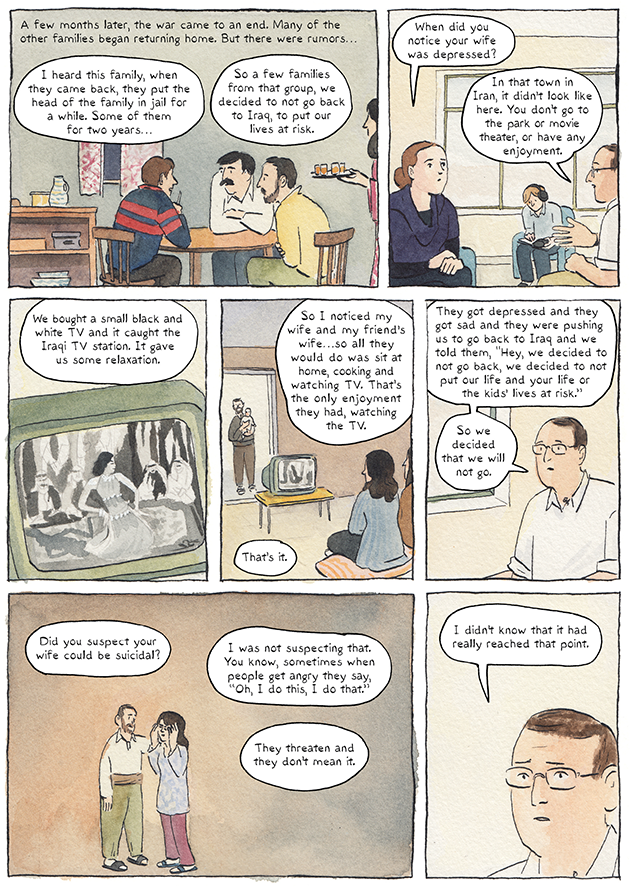 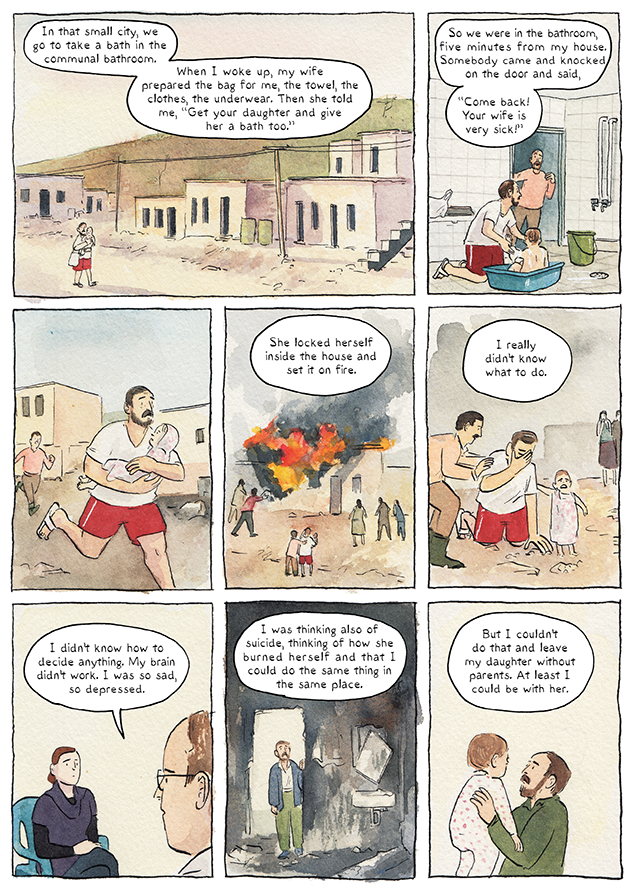 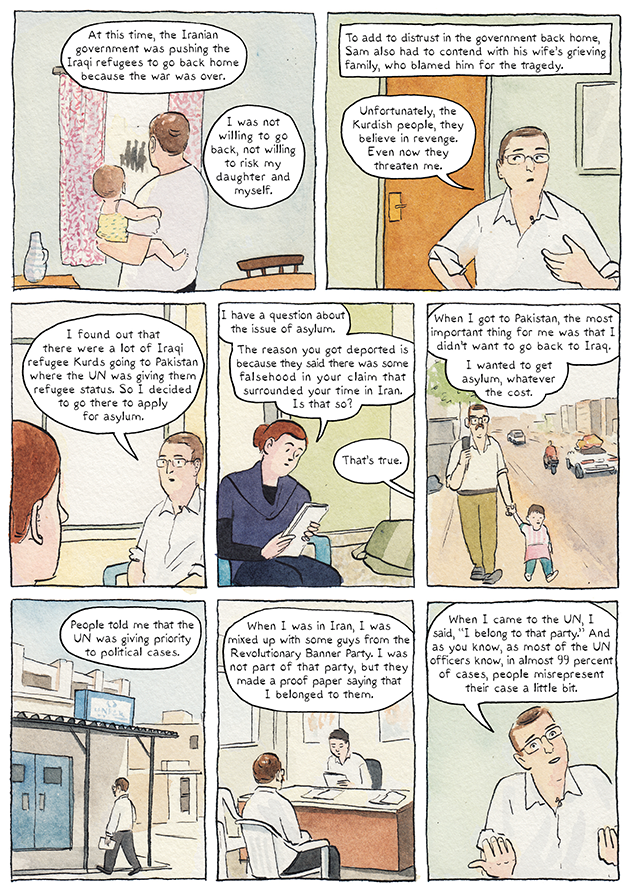 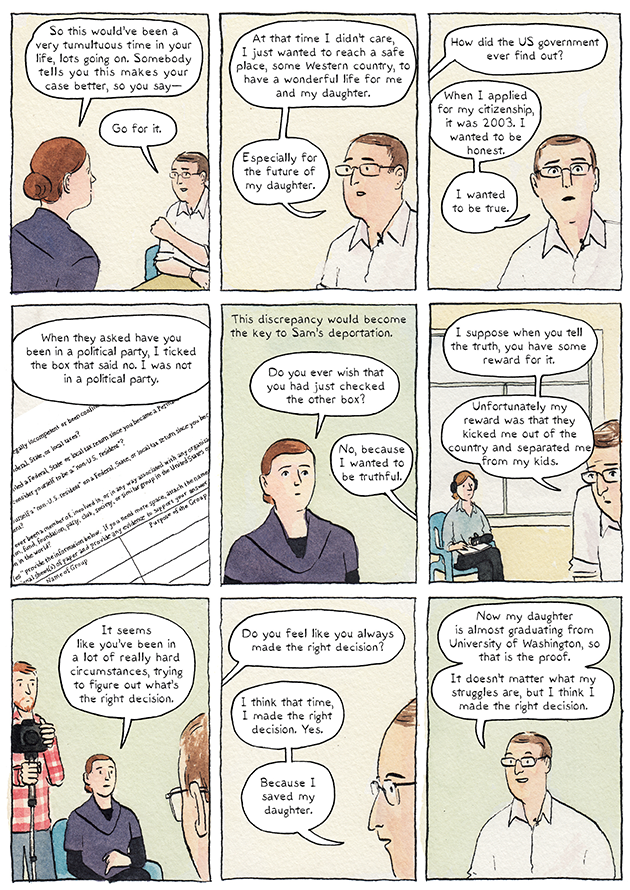 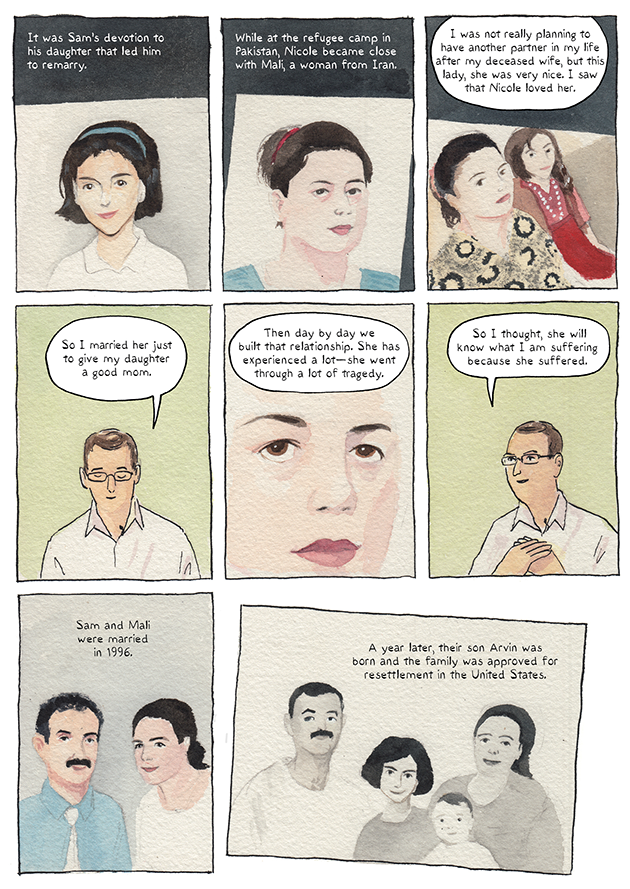 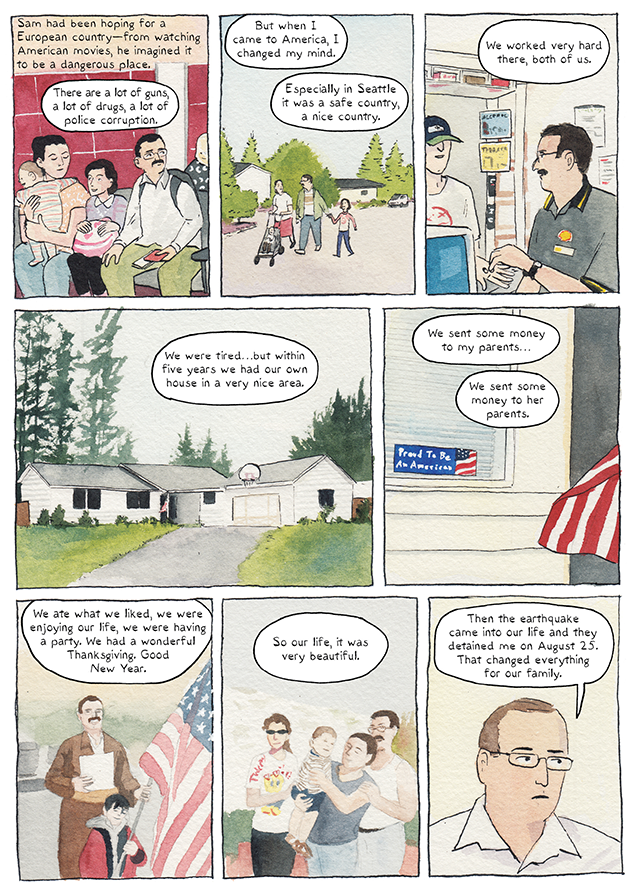 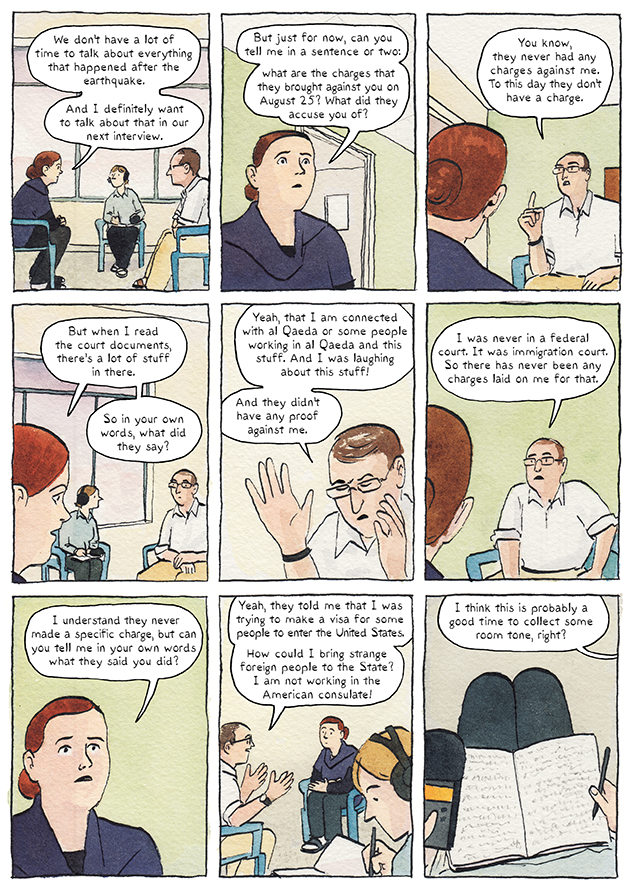 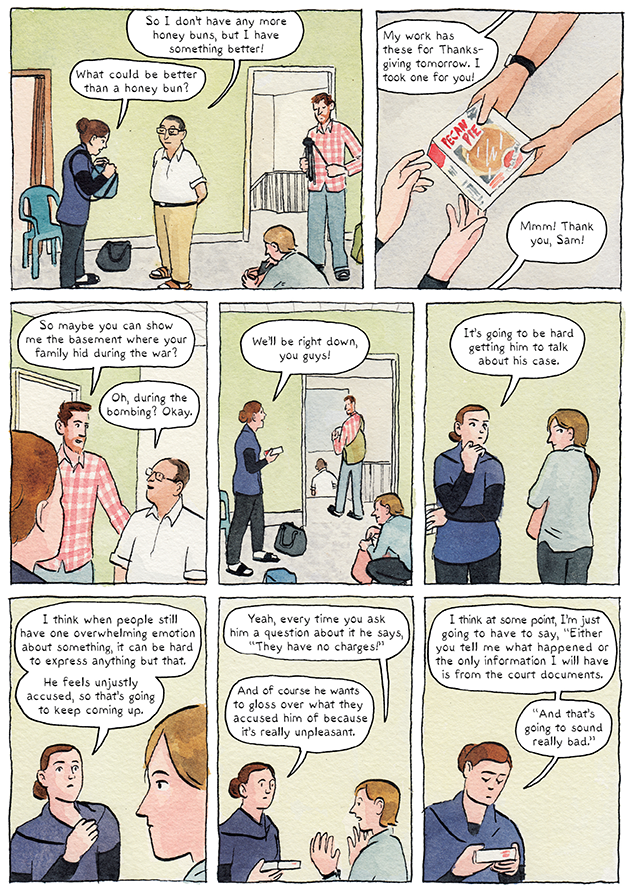 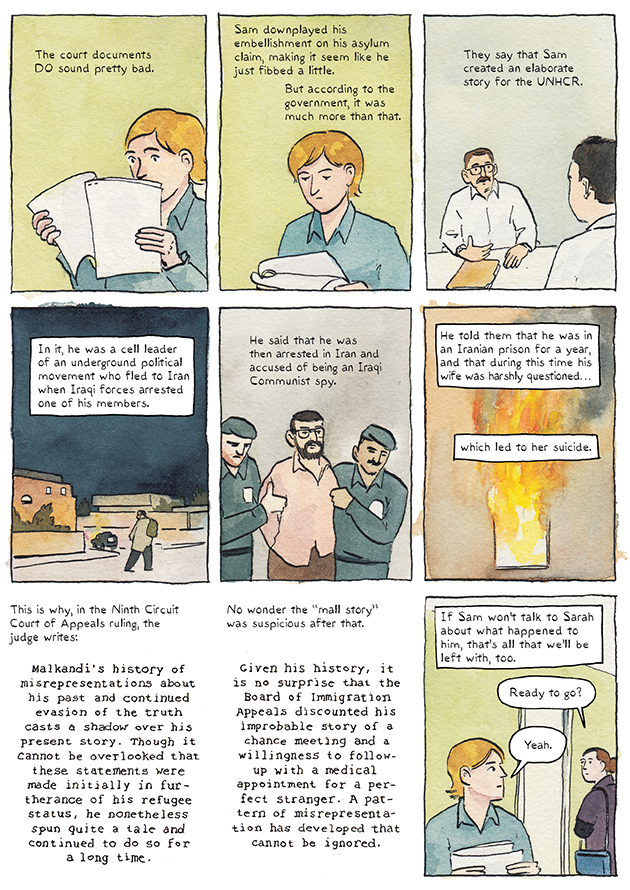 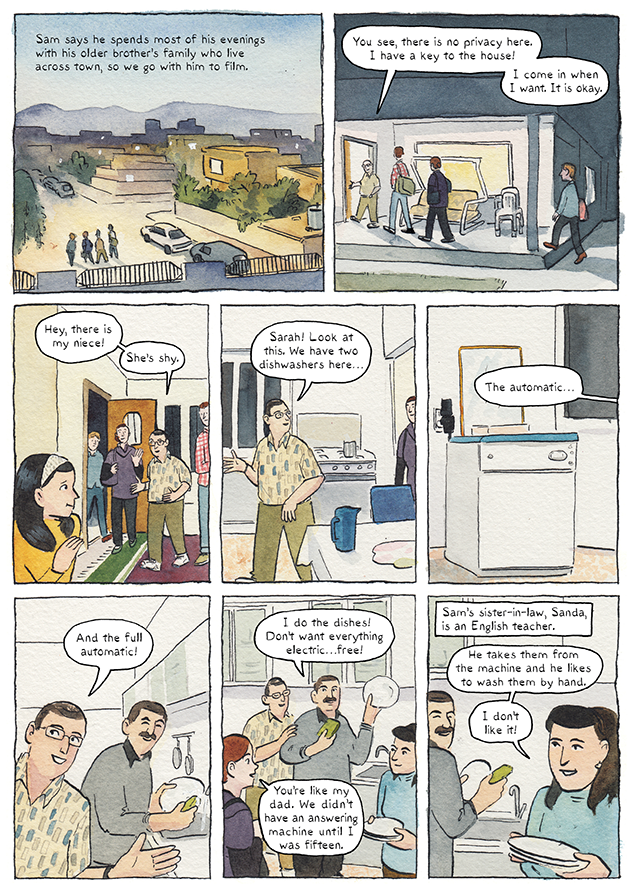 Sarah Glidden was born in 1980 in Massachusetts and studied painting at Boston University. She started making comics in 2006 when she was living at the Flux Factory artists collective in Queens, New York, and soon began working on her first book, How to Understand Israel in 60 Days or Less. The first chapters of this were self-published as minicomics, earning her the Ignatz Award for Promising New Talent in 2008. The complete book was published by Vertigo Comics in 2010 and was translated into five languages. Glidden’s work has appeared in various newspapers and magazines, as well as in the Best American Comics anthology. She spent a year as an artist in residence at the Maison des Auteurs in Angoulême, France. Her second book, Rolling Blackouts, was published by Drawn and Quarterly in October 2016. Glidden lives in Seattle, Washington.