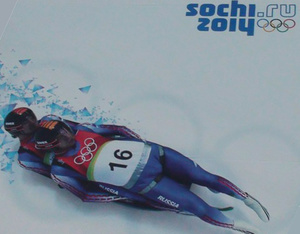 Corporate sponsors of the Sochi Winter Olympics should act now to urge Russia to halt the rising tide of discrimination, harassment, and threats against lesbian, gay, bisexual and transgender (LGBT) people, 40 of the world’s leading human rights and LGBT groups said today, in an unusual joint open letter organized by Human Rights Watch.

In a few short days, the Opening Ceremonies will commence the 2014 Winter Olympics in Sochi, Russia. As sponsors of these Games and partners of the International Olympic Committee (IOC), you can expect that your brands will be indelibly linked to events and occurrences in Russia leading up to and during the Winter Games. We know it must surely concern you, as it deeply concerns all of us, that since being selected as the host country for the Winter Olympics, the Russian government has intensified its assault on the human rights of its lesbian, gay, bisexual and transgender (LGBT) citizens and the IOC has stood by without strongly condemning these acts.

Russian citizens and foreigners are banned by law from publicly supporting equality for LGBT people. Activists and journalists who have sought to investigate and denounce such human rights abuses have been secretly recorded, harassed and deported from Russia. LGBT Russians have effectively been pushed to the margins of society and are now forced to live with daily threats to their safety in a country that is promoting state-sanctioned homophobia and transphobia. These threats come in the form of kidnappings, torture, random acts of violence, and bomb threats.

Despite these facts, Russian President Vladimir Putin and the IOC have denied that Russia’s anti-gay law is discriminatory. This is simply untrue — and the law continues to have devastating effects on LGBT Russians, their families and their supporters.

As you know, a country that hosts the Olympics has an obligation to uphold the values contained in the Olympic Charter and its principle of non-discrimination, Principle 6. The Russian government has failed to do this, and the IOC has remained silent.

You are sponsors of the Sochi Games. You have invested millions in this sponsorship. Many of you are committed supporters of equality, extending protections and benefits to your LGBT employees. This is not only good for business but it is also the right thing to do. You also understand that discrimination has an economic cost that harms businesses and economies wherever it is found. Silence in the face of discrimination also carries reputational risks.

We come to you with one simple request: to use your voice to insist on changes that will make a difference in the future.
• Individually or collectively, condemn Russia’s anti-LGBT law;
• Use your Olympics-related marketing and advertising — both domestically and internationally — to promote equality during the weeks leading up to and during the Games themselves;
• Ask the IOC to create a body to monitor serious Olympics-related human rights abuses in host countries as they occur; and
• Task the IOC with ensuring future Olympic host countries honor their commitments to upholding the Olympic Charter, including Principle 6 which forbids discrimination of any kind.

Like you, we want the Olympic Games to be a moment where the world can come together to celebrate the richness and diversity of people across the globe. Discrimination has no place in the Olympics, and LGBT people must not be targeted with violence or deprived of their ability to advocate for their own equality. We cannot be silent on how Russia’s anti-LGBT law violates this very standard to which we aspire.

As all eyes turn toward Sochi, we ask you to stand with us.