Kirby writes: Requiem for a Hot Comb, Ajuan Mance’s brief autobiographical strip from her Gender Studies series, ably demonstrates the power of comics to explore issues of weighty substance (such as gender, identity, and standards of beauty and style for African-American women) with a deceptively light touch, along with plenty of wit and charm. Reading Mance’s work always leaves me wanting more. 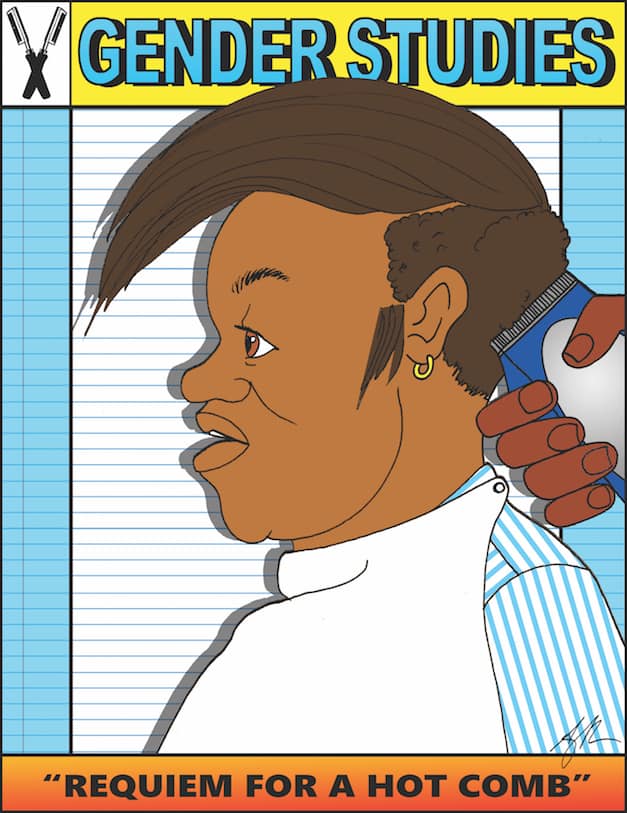 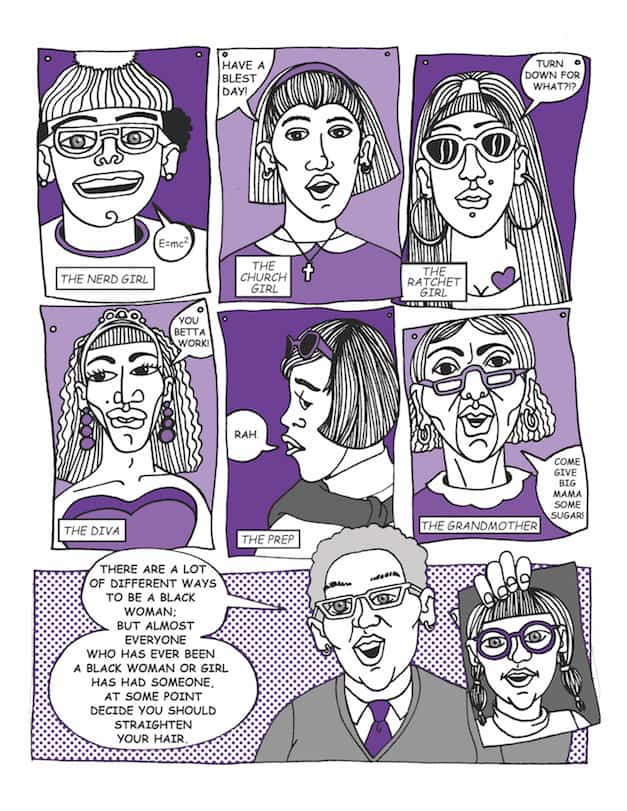 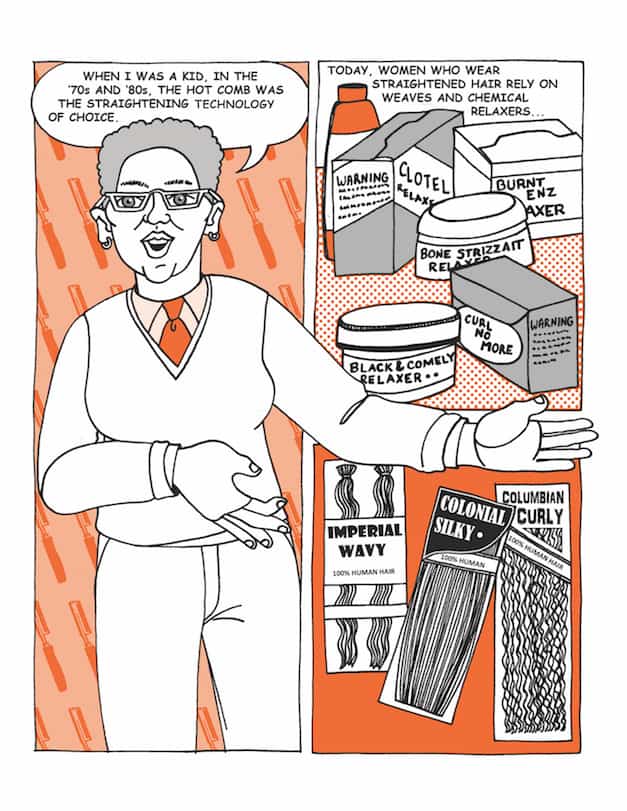 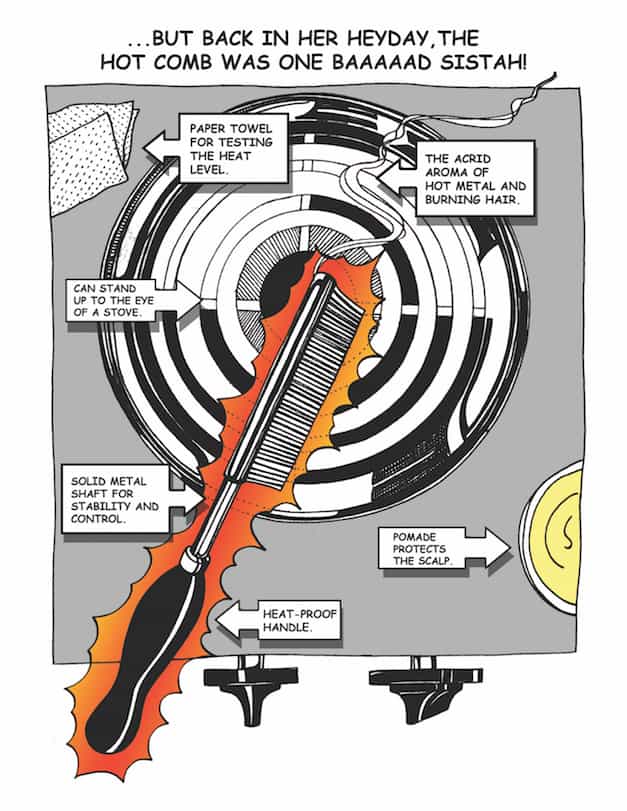 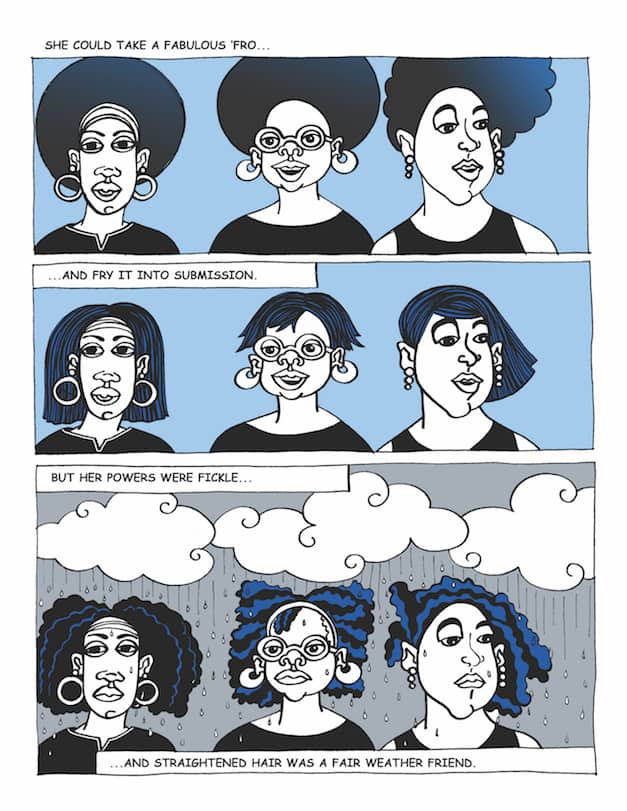 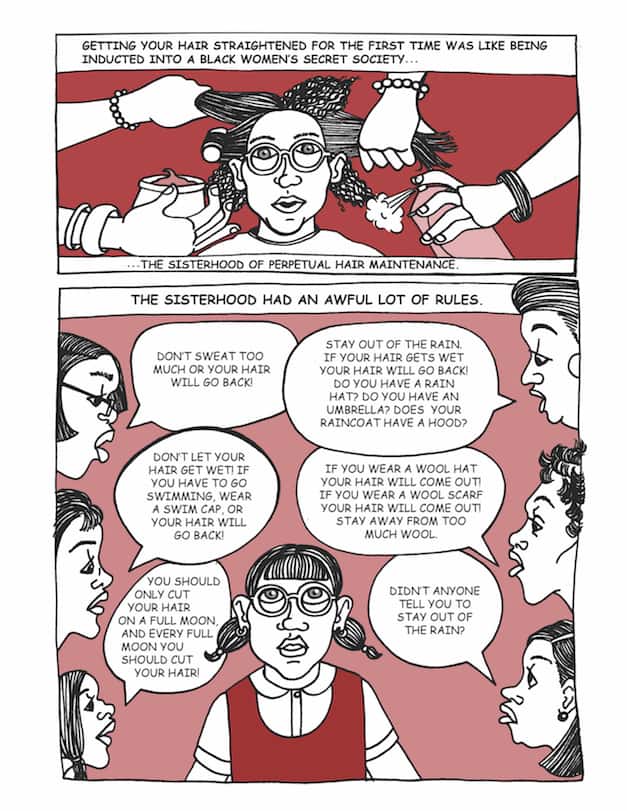 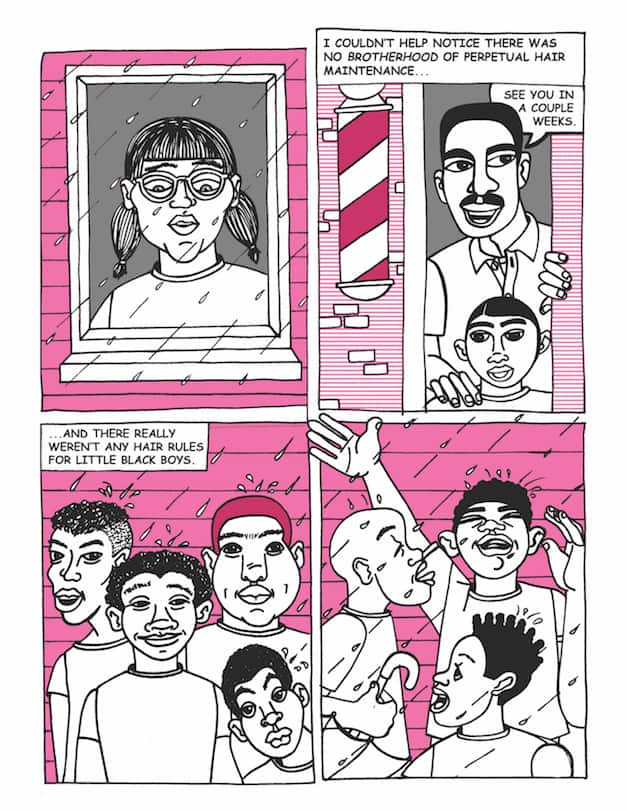 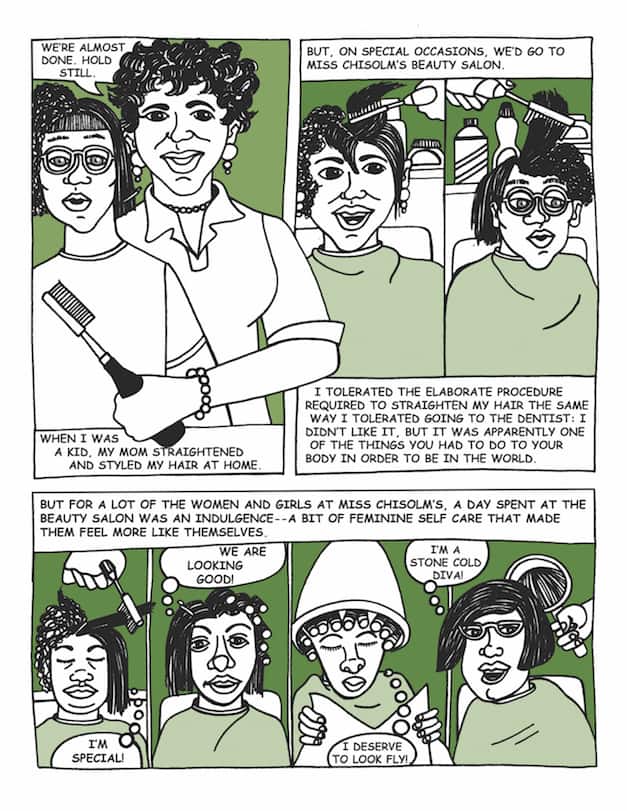 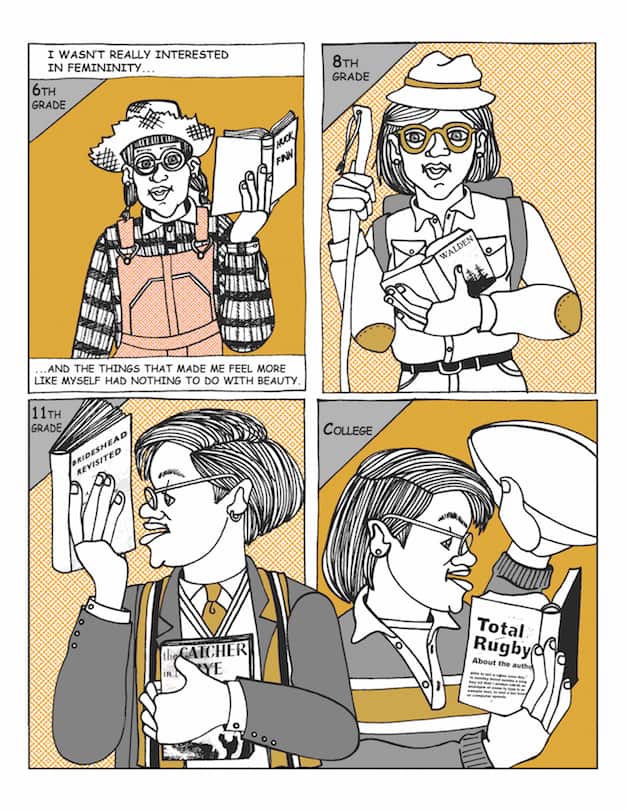 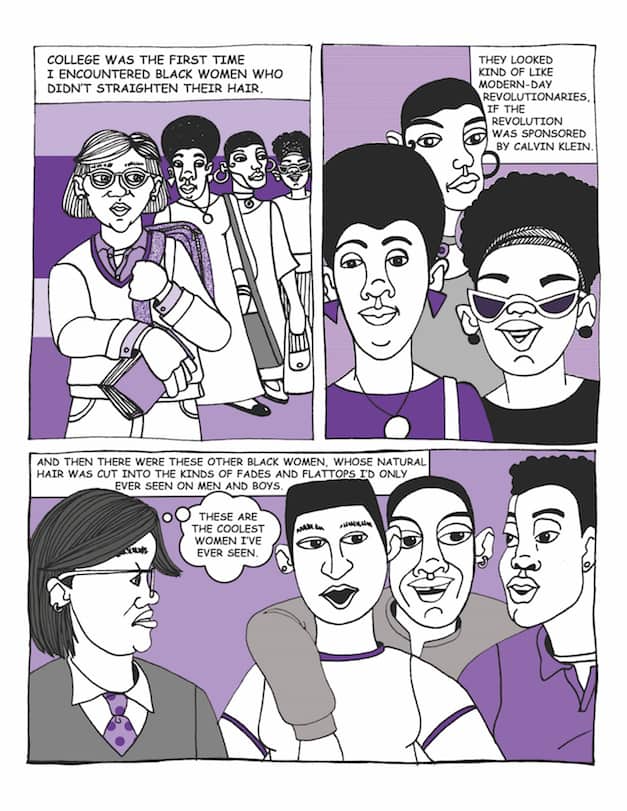 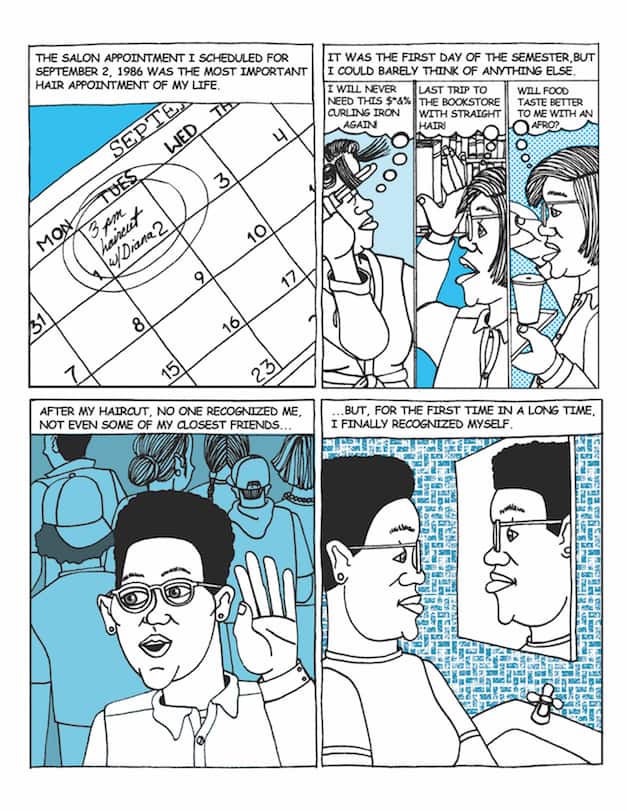 Ajuan Mance is a visual artist based in Oakland, California, and a professor of English and ethnic studies at Mills College. She is also the author of several comics and zines, including A Blues for Black Santa, The Ancestors’ Juneteenth, and 1001 Black Men—based on her online sketchbook of the same name. Her autobiographical comic series, Gender Studies, recounts her humorous adventures as a black nerd navigating the complexities of gender.