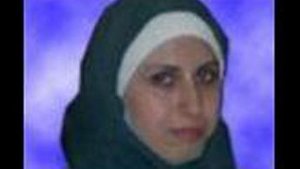 Two years ago today, Tal al-Mallouhi, a student, poet, and blogger who was detained in Damascus in late December 2009, was sentenced to five years in prison for “divulging information to a foreign state.” The Damascus State Security Court, whose ruling is final, did not disclose any evidence against her, and it is widely believed that she was targeted for posting poetry and other writings concerning political and social issues on her blog.

Since then, the world has watched in horror as Syria has descended into war and as human rights violations have proliferate. The terrible toll of the violence mounts by the week. Clinging to power, the Assad regime continues to hold political prisoners, including Tal—men and women who sought protested the regime’s abusive power and sought peaceful change.

On the second anniversary of her sentencing, we are asking PEN members and supporters to write a letter to the Syrian government calling for her release. Send your letters to President Bashar al-Assad c/o the Syrian Embassy to the U.S.:

To learn more about Tal al-Mallouhi, wer urge everyone to read this article by PEN Member Michele Zackheim. And even more importantly, read her words:

From “You Will Remain an Example”

We are concerned by reports that artist Ashkat Akhmedyarov has been detained for staging a performance in support of protests taking place in #Kazakhstan. This kind of retaliation represents a clear violation of free of expression. https://mediazona.ca/news/2022/01/12/askhat

So excited that Prison Journalism Project was able to contribute to this amazing book! THE SENTENCES THAT CREATE US: Crafting a Writer’s Life in Prison just launched on @HaymarketBooks with @PENAmerica! Get your copy! http://pen.org/sentencesthatcreateus

As recent book banning efforts have become more widespread than ever, PEN America's @jzfriedman says school boards owe it to students to conduct legitimate reviews of books' content before removing them from shelves. https://www.chron.com/politics/article/Texas-book-ban-list-students-first-amendment-16769691.php