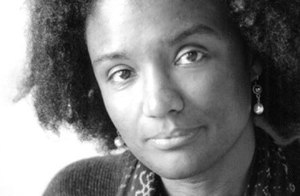 Kill bugs dead. Redundancy is syntactical overkill. A pinprick of peace at the end of the tunnel of a nightmare night in a roach motel. Their noise infects the dream. In black kitchens they foul the food, walk on our bodies as we sleep over oceans of pirate flags. Skull and crossbones, they crunch like candy. When we die they will eat us, unless we kill them first. Invest in better mousetraps. Take no prisoners on board ship, to rock the boat, to violate our beds with pestilence. We dream the dream of extirpation. Wipe out a species, with God at our side. Annihilate the insects. Sterilize the filthy vermin.

[A daughter turned against the grain refuses your gleanings, denies your milk, soggy absorbency she abhors.]

A daughter turned against the grain refuses your gleanings, denies your milk, soggy absorbency she abhors. Chokes on your words when asked about love. Never would swallow the husks you’re allowed. Not a spoonful gets down what you see of her now. Crisp image from disciplined form. Torn hostage ripening out of hand. Boxtop trophy of war, brings to the table a regimen from hell. At breakfast shuts out all nurturant murmurs. Holds against you the eating for two. Why brag of pain a body can’t remember? You pretend once again she’s not lost forever.

[arrives early for the date]

[get off your rusty dusty ]