Next Monday, December 11, join PEN America in partnership with the Strand Book Store as we present a feminist retrospective of the year. This event will feature Carmen Maria Machado, whose debut short story collection Her Body and Other Parties was a finalist for the 2017 National Book Award and Kirkus Prize; Min Jin Lee, whose historical novel Pachinko was also a finalist for the 2017 National Book Award; and Morgan Jerkins, whose highly anticipated essay collection, This Will be My Undoing, is forthcoming in January 2018. In celebration of this event, PEN America and Strand Book Store have developed the following reading list. Purchase tickets here. 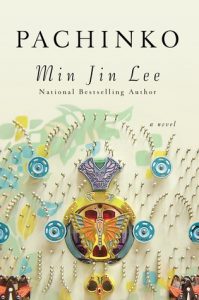 Pachinko by Min Jin Lee
This four-generation family epic by event panelist Min Jin Lee begins in Japan-occupied Korea of the early 20th century — we follow the young Sunja to Japan after she becomes pregnant by a lover who abandons her. The National Book Award Finalist chronicles a story of struggle, racism, and love relayed through the perspective of one ethnic Korean family’s experiences in a Japan wracked by war. 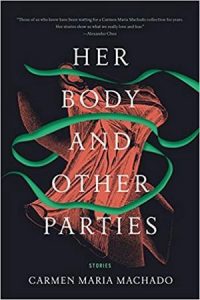 Her Body and Other Parties by Carmen Maria Machado
Demolishing borders between genres and bringing together psychological realism and science fiction, comedy and horror, queer theory and sentiment, fantasy and fabulism, Carmen Maria Machado’s debut short story collection is a work of stunning complexity and originality. Her Body and Other Parties was a finalist for the 2017 National Book Award. 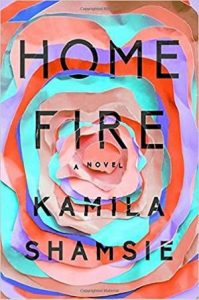 Home Fire by Kamila Shamsie
Longlisted for the 2017 Man Booker Prize, this novel is a modern retelling of Sophocles’ “Antigone.” Home Fire follows a young Muslim woman named Isma as she travels from London to Massachusetts for her studies — her younger siblings, Parvaiz and Aneeka, are finally old enough to live on their own. But Parvaiz is haunted by their father’s jihadist legacy, and when he joins ISIS and realizes his mistake, Aneeka and Isma work to bring him home despite his treachery. 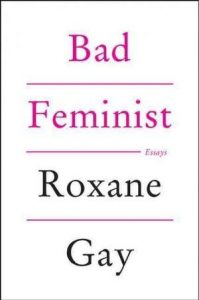 Bad Feminist: Essays by Roxane Gay
A New York Times best seller and Best Book of the Year at NPR, this collection of essays chronicles one woman’s reflections on her experiences and evolution as a woman of color. Praised for Gay’s witty and strong voice, for her candor, the book brings to life many of today’s debates surrounding what it means to be a feminist, whether a good or a bad one, and even more, what it means to be human, to be a woman, to be black. 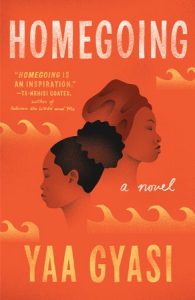 Homegoing by Yaa Gyasi
Half-sisters Effia and Esi are born in Ghana in the late 1700s — they never meet. The former remains in Ghana after marrying a British official, the latter captured and enslaved, taken to America. Awarded the NBCC’s First Book Prize and the PEN/Hemingway Award for Debut Fiction, Yaa Gyasi’s novel follows Effia and Esi’s descendants, covering a vast amount of time in a sweeping generational epic that encapsulates the legacy of slavery in Africa and America. 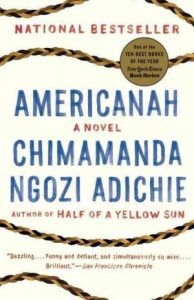 Americanah by Chimamanda Ngozi Adichie
Nigerian immigrants Ifemelu and Obinze have not grown up with the understanding of racism experienced daily by African-Americans in the West. In her heralded novel, Adichie utilizes the unique perspective of encountering such treatment for the first time to shine light on enduring racism in the United States and Britain, telling the tale through Ifemelu’s college life as well as her boyfriend Obinze’s life as an undocumented immigrant in London. Winner of the NBCC’s 2013 Award for Fiction and recognized as one of The New York Times’s Ten Best Books of the Year, Americanah explores blackness across Africa, the United States, and Britain. 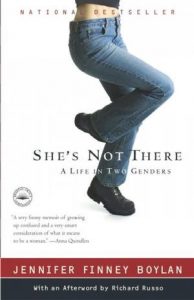 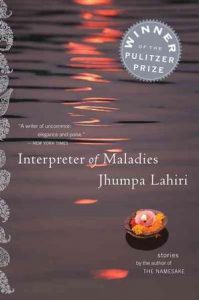 Interpreter of Maladies by Jhumpa Lahiri
Jhumpa Lahiri’s debut short story collection, this classic work was awarded the Pulitzer Prize as well as the PEN/Hemingway Award for Debut Fiction in 2000. From the story of an Indian-American couple trying to piece their marriage back together, to a closing story based on Lahiri’s father’s emigration from India to London to the United States, this collection narrates the lives of various Indian immigrants and Indian Americans navigating their dual identities as they explore the ways their intersecting selves construct new individuals. 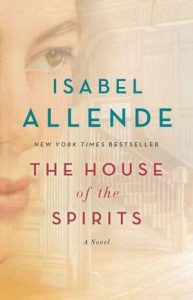 The House of the Spirits by Isabel Allende
Isabel Allende’s debut novel overlays a magical realist narration onto a Chilean family’s journey, following the Truebas across generations as they navigate political tempests and family dynamics. 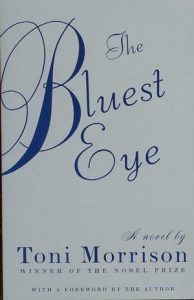 The Bluest Eye by Toni Morrison
One of the American Library Association’s most challenged books of 2006, 2013, and 2014, Toni Morrison’s debut novel, despite being published in 1970, has enduring relevance and continues to draw immense amounts of discussion. The story follows 11-year-old Pecola Breedlove — we are told that she was impregnated by her own father, and then told how, in a narrative weaved with flashbacks that confronts the Eurocentric beauty standards that ignore black girls and women. 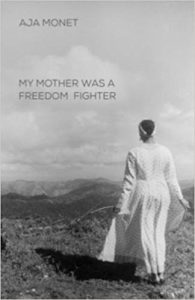 My Mother Was a Freedom Fighter by Aja Monet
Aja Monet’s poetry collection reaches from the American inner city to occupied Palestine, offering thoughts on womanhood, tragedy, and the capacity for healing. Monet’s work questions the taking for granted of violence against women, it confronts topics such as racism and misogyny but in the bonds between mothers, daughters, and sisters finds hope. The collection is full of grief, sadness, and pain but uncovers and reignites the power inherent in blackness, femininity, and spirituality. 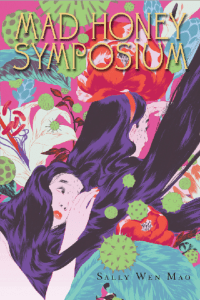 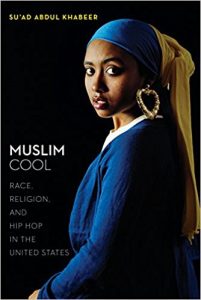 Muslim Cool: Race, Religion, and Hip Hop in the United States by Su’ad Abdul Khabeer
Khabeer’s work weaves a picture of American Islam that defies traditional separations between American, black, and Muslim. The study explores the cultural diffusion between hip hop and Islam and depicts the tension between the two as no older than their shared elements. Rather than see Muslim-ness as opposite to American-ness, Khabeer questions these categories and paints a diverse yet harmonious picture of not only Black Muslim Youth, but what it means to be a Muslim American. 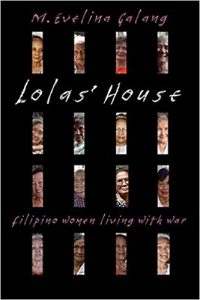 Lolas’ House: Filipino Women Living with War by M. Evelina Galang
Lola’s House follows author Galang as she interviews 16 surviving “comfort women” — women abducted and raped by the Japanese Army in World War II. Galang’s account moves past a litany of testimonies; the evidence of tragedy is not only in the details of their stories, but also in the minutiae of their retellings, the lives of the women, and the fierceness of their protests today, all brilliantly portrayed by Galang. 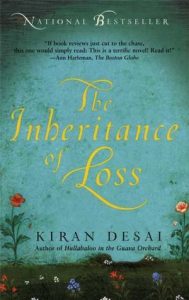 The Inheritance of Loss by Kiran Desai
Biju, an undocumented Indian immigrant working in Manhattan restaurant after restaurant, and Sai, a young Westernized orphan who comes to live with her grandfather at his isolated home in the Himalayas. They are linked only by Biju’s grandfather, whose cook is Sai’s father. Awarded the 2006 Man Booker Prize and the NBCC’s 2007 Fiction Award, this novel considers the effects of colonialism across continents, the two protagonists navigating foreign worlds while grappling with their own identities. 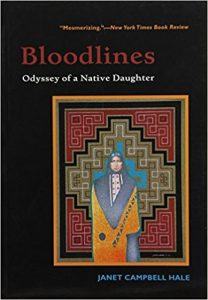 Bloodlines: Odyssey of a Native Daughter by Janet Campbell Hale
Hale illustrates the female Native American experience across eight essays about the lives of herself and her relatives. The collection speaks with authority about the resilience of cultural bonds to remain intact in the face of tragedy and loss and places women of color as crucial inheritors of those bonds. 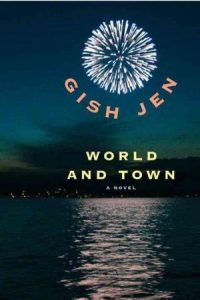 World & Town by Gish Jen
Gish Jen’s novel lays a premise about the inescapability of the world. Protagonist Hattie Kong must balance her detachment from the tumultuous world around her and her deep sense of caring for the people that inhabit it. As old lovers and new neighbors complicate Hattie’s hopes for a calm life in a once-simple New England town, she must find a way to continue to be true to herself. 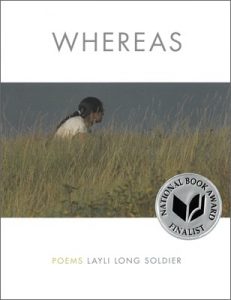 WHEREAS: Poems by Layli Long Soldier
Long Soldier refuses to compromise on language; the collection is a linguistic feat, viewing duplicity as both a tool and product of coercion. Language here is not taken for granted, Long Soldier empowers herself and others to remold and reform language out of the constraints that allowed language to conquer and occupy. Long Soldier lays bare a tension usually hidden by the limits of language that she disrupts.