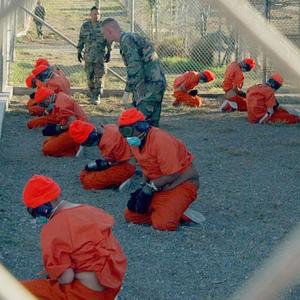 Almost five years ago, in September 2009, PEN and the ACLU held the first “Reckoning With Torture” event. Writers and artists read aloud from formerly classified documents detailing torture and abuses committed by the U.S. in the course of the War on Terror, as well as testimonies from some of the individuals who were tortured in U.S. custody. This was sparked by a simple but powerful idea: America’s long road toward coming to terms with our own human rights abuses begins by reading the record of those abuses. The first event was held at the Cooper Union, followed by successful events at the Sundance Film Festival and Lincoln Center in 2011. The project continues today.

More than five years ago, in March 2009, the Senate Select Committee on Intelligence, headed by Senator Dianne Feinstein (D-CA), voted 14-1 to begin an investigation into the CIA’s detention, interrogation, and rendition programs. The investigation was initially expected to take one year. What actually unfolded was several years of tension between the committee and the CIA, during which CIA documents disappeared from the investigators’ computers and the CIA’s internal “Panetta Review” report surfaced, containing “analysis and acknowledgment of significant CIA wrongdoing.” Senator Feinstein ultimately unleashed a barn-burner of a speech on the Senate floor in March 2014, recounting these incidents and accusing the CIA of attempting to intimidate her committee, of violating the principle of separation of powers, and of spying on the committee’s work. Feinstein’s speech was both furious and eloquent, a powerful reassertion of the Senate’s duty to oversee U.S. intelligence agencies.

Now, five years on, we await the release of the Senate Intelligence Committee’s report. In fact, the full report—said to be over 6,000 pages long—will not be made public, at least not in the foreseeable future. The executive summary of the report, itself a hefty 500 pages, is what will be released. But first, Senator Feinstein and her committee have one last battle to fight. The declassified summary was handed over to the Senate committee by the Obama administration last Friday afternoon. But the administration had redacted—in other words, censored—roughly 15 percent of the contents. While some redactions are undoubtedly justified, in a 500-page document, 15 percent amounts to about 75 pages of blacked-out text. The redactions are reportedly so extensive that Senator Martin Heinrich (D-NM) described them as “undermin[ing] the source material so that it is impossible to understand.” The committee decided to delay the release in order to press the administration to reduce the amount of redaction. And so, we wait.

What we know of the report suggests that it will shock even those who are already familiar with the CIA’s use of torture. Its findings have been described as scathing, concluding that the use of torture during interrogations had “produced little valuable intelligence that couldn’t have been gleaned with traditional techniques,” and that the CIA “blatantly misled President George W. Bush, the White House, the Justice Department, and the Congressional intelligence committees about the efficacy of its methods.”

The United States must reckon with torture. To do so, we need to know the whole truth about what was done in our name. The Senate torture report is the most thorough, detailed account we have of the CIA’s programs, and the public must be able to see its findings. When the Senate torture report is finally released, we can begin the process of reading, understanding, and discussing this legacy, and taking action to ensure it never happens again.