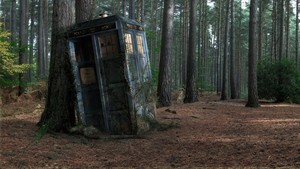 This week in the PEN Poetry Series, PEN America features a poem by Chase Berggrun.

was smallness what I wanted

was what I wanted small

the sound of the train’s brake, suddenly

memories of my father

the last safe days of my life

what I knew, what I bound with string

a word of hers, repeated

a kiss on the forehead — erases

I lived until I tried not to, then began again

if what I wanted was to calmly rot, I failed

I followed a weapon to its wound

I rose from salt to become a canker

I ate until eating became injury

the dream was Marina & thin, wise — as any creature

my gait, queer & constantly at risk

someone else’s fistful of descriptive clouds

between “boy” & an ontological problem

the dream was Marina sleeping, slumped over her desk

I was the size of an ocean & I watched nearby

everything was decided for us

I wanted a story I could fit into

a lover, like lemon & sugar, I could sit beside

the skirt of the sun, my sadness swept gently

the dream was Marina & then a sharp crack of a match

& something more than I was, something strong, slid out of my chapped lips

in Northampton Massachusetts I was a mouthful of pills

a cluster of firebird feathers in my predator’s fist

I swam the whole Connecticut

I jumped from the old bridge

couldn’t shake the feeling when fear touched my shoulder

couldn’t take myself away from the world, the way he did

the dream was Marina, music, my father

his hands on brass & wood & ivory

all day, these reminders

they made a whole holiday for this

what I recall is carefully curated

his face a changeless anguish

the dream was Marina & she was there with me, time-untouched

a mountain & at its foot I was tender

when I began to climb my excess softened

a mountain is first & foremost what I stand on

let me value myself: one mere coin

let me shake the abacus: so that none may know the number

I relive my younger pains

here in Brooklyn the sky & its comforting rumble

I make comparisons to compensate & cover up

I compare in times of fever to my father’s

aspiration of the regurgitated contents of the stomach

I dipped my fists into the sand

waiting for the next wave, collecting stones

left a candle unattended on the altar

there used to be a house, at the end of the street, red & flamingo

I knew a monster when I saw one

the aesthetics that concerned me were abjection & collapse

the body I was told I had but didn’t have

the fumble felt like leaning against a kind of freedom

something I was searching for: I found it, despite myself, crawling in & out of the future

the power to pay attention

the dream was Marina & a prayer of concentration, nude

laid out bare with only two wings to cover me

re-sculpting the undesirable contours of my own torso

the silhouette dancing to an uneven rhythm

this is where I lost myself for good

a nightswim among the living lights, the bay

a laboratory for radical re-appellation

& a selfish song of second chances

between “boy” & being brave

between “boy” & a lump in the throat

between “boy” & the brittle ovals of my eyes

my rebrand made real by extra lashes, booming color

my body my brand new toy

something to keep from falling

the dream was Marina & fishnets, the coastline dripping with scales

the fist of Cape Cod unclenched into the sea

& the memory of me is soon a drifting island

impermanent; I was asleep

I was waiting for war

communicating all this is more akin to midrash than translation

there was a great magnet at the bottom of the well

there was a surge of metal & grime

I pulled up a pailful

I stood in front of the mirror for hours

my shoulders lifting & sagging like scales, I strained to keep them level

I wanted to belong to the whole sky, in which, perhaps, there is no place for me

to that which I have invented

I crawled gingerly into the evening & grew

there, the place between the candles & the expired condoms

everything glittered in the living room like a deep distasteful dream

summer back home, I was green with kale & desire, crowing

there, I was a feral problem

conception happened because of an argument between two stars

those lips, toes bent back as if they wished to be broken

the dream was Marina & a hologram of pain

a black fly danced out of my mouth

sour heat gathered marbles of sweat into a little ocean

the dutiful Jew soaked with remembrance

Friday shuddered into sky, the opposite of balance

a storm lingered outside my bathroom window like a hungry dog

early darkness tattooed the sea on the scrub pine’s bicep

the leaf of my love had shrunk, folded inward & drooping

the dream was Marina &

in the city, steel rising like gravestone, God swallowed me as green poison

I choked on the waning month

a sad moon wandered at the horizon

I had been canceled

I came from heaven carrying a bird’s wing

saying no to all possible futures

when November began to bleed blue

I avoided operating alone the machinery of nostalgia

but garbled memory snuck back in

the dream was Marina

say this is only dream

who was & was not

the body to which I was born seemed an enemy

& when I finally awoke

between “boy” & the first breath of the morning, the first cigarette

between “boy” & a political nightmare

between “boy” & self-portrait as blaze of glory

at the smell of daylight

I started to glow from the inside out with surprise

I was cozy with despair

despair: faint, grotesque in its lightness

I bent before the dawn, crawling in across the sand

every subsequent hour a scream increasing in volume & decreasing in potency

all this chaos colored me ripe, fresher than the warm air

dividing the shape of the plural

I was parted to the side

a silver bell in my mouth

essentially a radio wave, that kind of body

who shall say I am not the happy genius

measuring the wrecked length of my life

it was too late, spring approached me, Easter, then a bullet

a vast expanse & nothing to walk on

but to me it was delight

there was no word for me that was not saturated

I was lifting my own body from the water

I could not say it succinctly

I could not say how much this me weighs

crushed under their wind

those stable bodies secure in their trappings

the idea of comfort was foreign

my vocabulary refused a vocal wisdom

but I discovered how to direct the ink, the smudge

how to emphasize percussion

I scanned the silent space between sleeplessnesses

where the meter sleeps small & fuzzy

a performance of that particular memory

my father on his way out

I beheld what settled

I was his Icarus, embalmed before launch

I pried his eyelid open

nothing was safe or sanitary despite sterility

his body drifted away on a pile of leaves & reeds

though the sound of his sleeping lingered

the hum the ebb the wane

until somewhere inside of me a cord snapped

& in a panic I crawled back into

where I was pierced by a forked tongue

in me there is no arbitrariness

though there is a bit of ambiguity

an oversized image of outrage

a stone waiting its turn to be cut

hunger burned in the usual way

at my desk, I know your grain by heart, I worked on sweet nothing

I was walking in an effort to keep on walking

writing onto the tongue of a man found in bed brain-dead, two days later

writing reckless, traceless & speechless, going down like a sinking ship

it took so long to get here & when I finally arrived

this is how you & I part, bruised & bigger than we began

pushing tired bulks until we reach a bench, a bridge, a place to wait

though I was afraid of the revolving door, I spun through to the other side

I was as solid as I could bear to be

asking myself gently to rework that smallness

a version of self

closing into itself, churning, rushing toward

NO, @ Tennessee GOP, student athletes do not forfeit their rights to free expression when they don school jerseys. After SO much talk of defending free speech on campus this basic principle should be easy for GOP legislators to understand. And yet.
https://www.jacksonsun.com/story/news/politics/2021/02/23/republican-state-senators-tennessee-public-colleges-stop-athletes-kneeling-during-national-anthem/4556148001/

New executives of the publishing world are attempting to create a lasting sea change in their industry: "You can’t look at publishing over the time that I’ve participated in it and not understand that there’s a problem," says Lisa Lucas (@likaluca). https://nym.ag/3dN3Xp8

How can the youth of today help to address threats to international press freedom? Students can still register to discuss this question and more TOMORROW at 6PM ET during PEN America's Free Speech Live! with @NikoFreeSpeech @ABennett and @teensforpress https://bit.ly/3kfgPWg