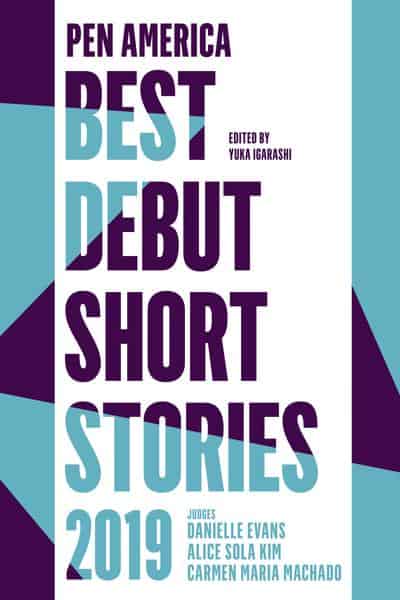 “Prominent issues of social justice and cultural strife are woven thematically throughout 12 stories. Stories of prison reform, the immigrant experience, and the aftermath of sexual assault make the book a vivid time capsule that will guide readers back into the ethos of 2019 for generations to come . . . Each story displays a mastery of the form, sure to inspire readers to seek out further writing from these adept authors and publications.” —Booklist

The stories collected here represent the most recent winners of the PEN/Robert J. Dau Short Story Prize for Emerging Writers, which recognizes twelve writers who have made outstanding debuts in literary magazines in the previous year. Chosen by a panel of distinguished judges, themselves innovators of the short story form, they take us from the hutongs of Beijing to the highways of Saskatchewan, from the letters of a poet devoted to God in seventeenth-century France to a chorus of poets devoted to revolution in the “last days of empire.” They describe consuming, joyful, tragic, complex, ever-changing relationships between four friends who meet at a survivors group for female college students; between an English teacher and his student-turned-lover in Japan; between a mother and her young son.

In these stories—selected by judges Danielle Evans, Alice Sola Kim, and Carmen Maria Machado—a woodcutter who loses his way home meets a man wearing a taxidermied wolf mask, and an Ivy League–educated “good black girl” climbs the flagpole in front of the capitol building in South Carolina. Each piece comes with an introduction by its original editors, whose commentaries provide valuable insight into what magazines are looking for in their submissions, and showcase the vital work they do to nurture literature’s newest voices. 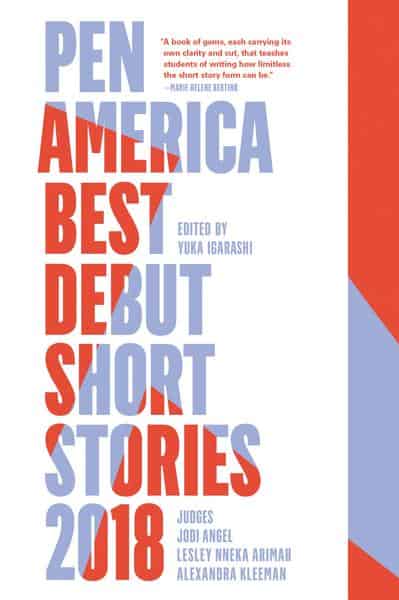 “The pieces showcase a wide breadth of human experiences, representing numerous racial, ethnic, and cultural identities. . . . Sharp, engrossing, and sure to leave readers excited about the future of the craft.” —Booklist

“These dozen stories tend to the dark side, with rare moments of humor in a moody fictive landscape; they’re thus just right for their time . . . A promise of good things to come from this year’s roster of prizewinners.” —Kirkus Reviews

“A book of gems, each carrying its own clarity and cut, that teaches students of writing how limitless the short story form can be.” —Marie-Helene Bertino, author of 2 A.M. at The Cat’s Pajamas

PEN America Best Debut Short Stories 2018 celebrates twelve outstanding stories by today’s most promising new fiction writers and the literary magazines that discovered them. The characters within these pages include a college dropout dressed up as Hercules at Disney World; a college graduate playing a prostitute in a ghost town in Montana; a father from Trinidad leading a double life on a temporary visa; and a housewife in Taipei perfectly performing her familial and marital duties while harboring secret desires.

This year’s selections were made by three award-winning writers, themselves innovators of the short story form: Jodi Angel, Lesley Nneka Arimah, and Alexandra Kleeman. Each work is accompanied by commentary from the editors who first published it, explaining what made the piece stand out from the submissions pile, and why they were moved to share it with readers. 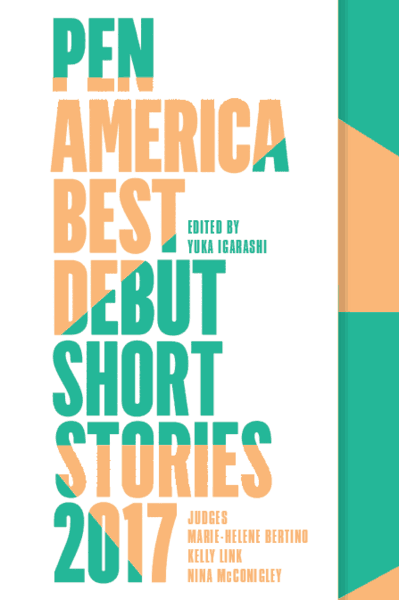 Many writers who are household names today got their start when an editor encountered their work for the first time and took a chance. This book celebrates twelve such moments of discovery. The first volume of an annual anthology, launched alongside PEN America’s new Robert J. Dau Short Story Prize for Emerging Writers, it recognizes writers who have had outstanding fiction debuts in a print or online literary magazine.

The winning stories collected here—selected this year by judges Marie-Helene Bertino, Kelly Link, and Nina McConigley—take place in South Carolina and in South Korea, on a farm in the eighteenth century and among the cubicles of a computer- engineering firm in the present day. They narrate age-old themes with current urgency: migration, memory, technology, language, love, ecology, identity, family.

Each work comes with an introduction by the editor who originally published it, explaining why he or she chose it. The commentaries provide insight into a process that often remains opaque to readers and students of writing, and showcase the vital work literary magazines do to nurture contemporary literature’s new voices.