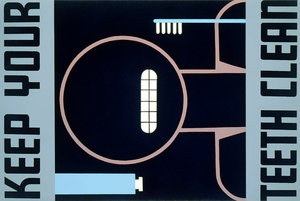 This week in the PEN Poetry Series, PEN America features a poem by Cherry Pickman.

It was an election year. The switchboards flickered with stars in their

universe of calls. Of all places, a public park. The workers had begun

to dig, to lay the electrical, to invigorate the place with energy. Light

it up. First, they found a braid, wrapped like a boa from collarbone

to chest. What happened next is unclear. From all accounts there were

shoots, green-apple green, surrounding the site’s black pit. There was a mist

that held the backhoe’s groans, the mens’ mutterings. Other accounts vary.

Of how many statues there were—and of whom. How many plaster arms

harvested like heavy potatoes. There was one worker who, lifting

a statue’s head from the earth, covered her eyes. Who did he think