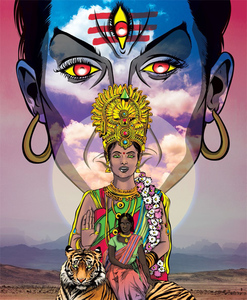 This was submitted by Vikas K. Menon, Ram Devineni, and Dan Goldman as part of the 2015 PEN World Voices Online Anthology. It was previously featured as part of our Illustrated PEN series.

The comic book Priya’s Shakti is a collaboration between poet and playwright Vikas K. Menon, artist Dan Goldman, and filmmaker Ram Devineni. The provocative story portrays an Indian female “super hero” who fights against sexual violence in a Hindu-inspired mythic reality. The comic’s creation was prompted by the December 2012 gang rape and murder of a 23-year-old student in Delhi. 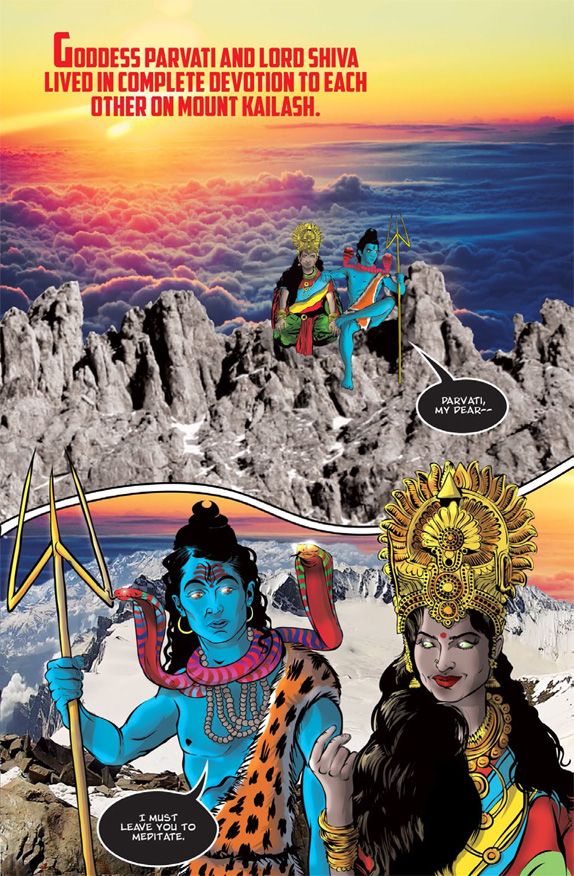 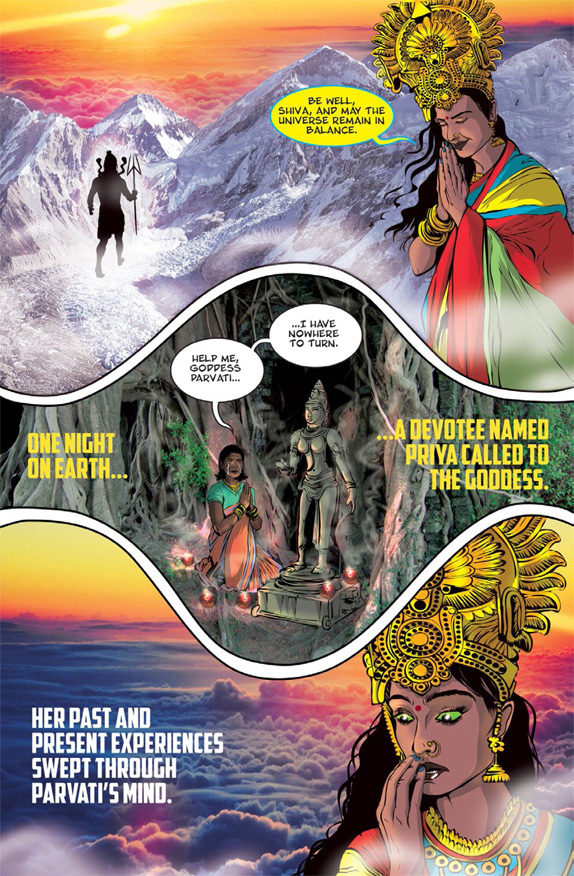 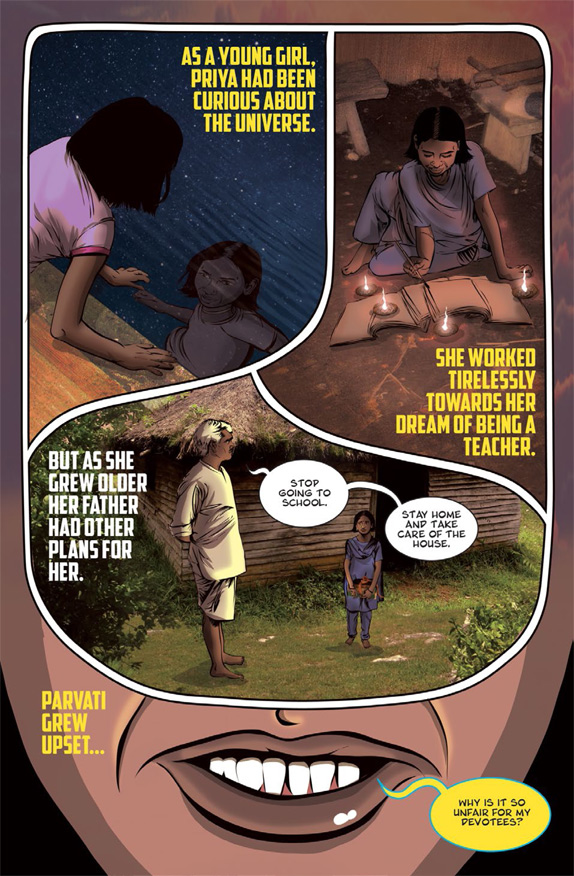 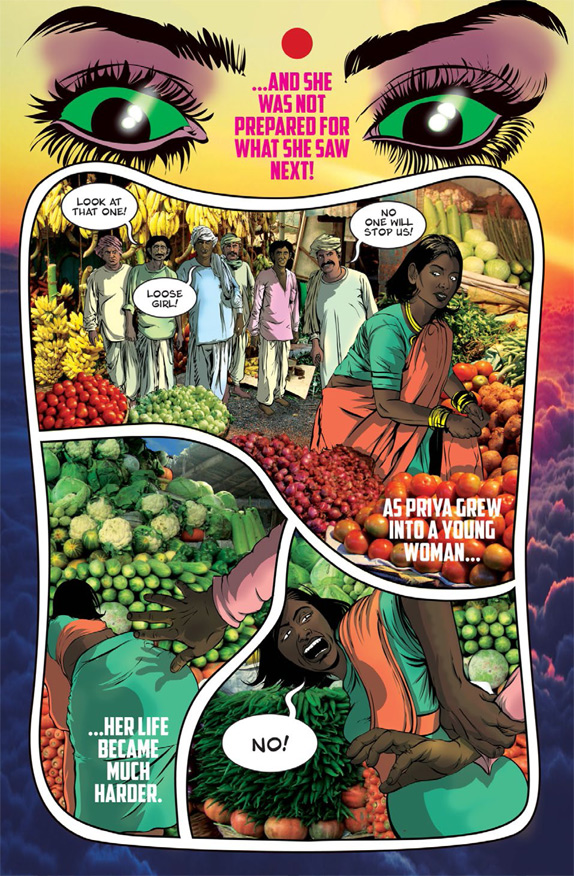 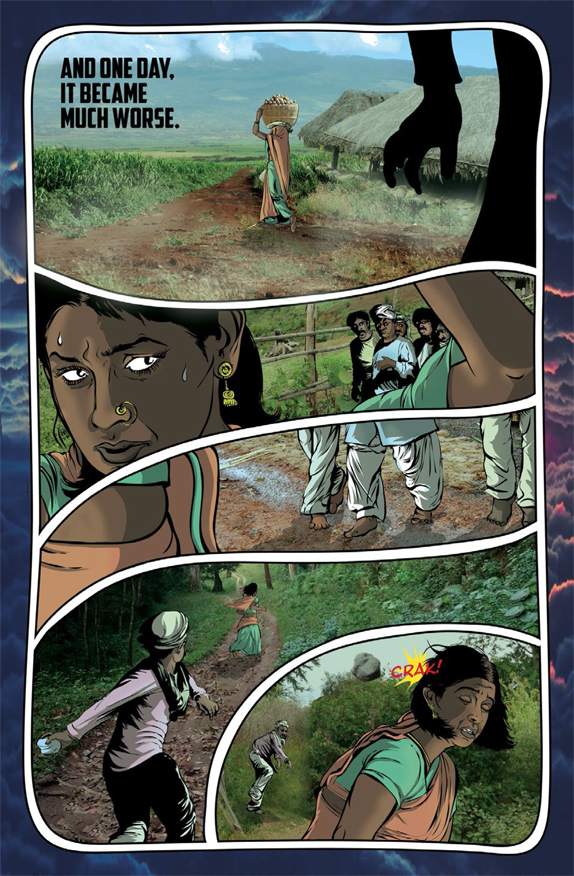 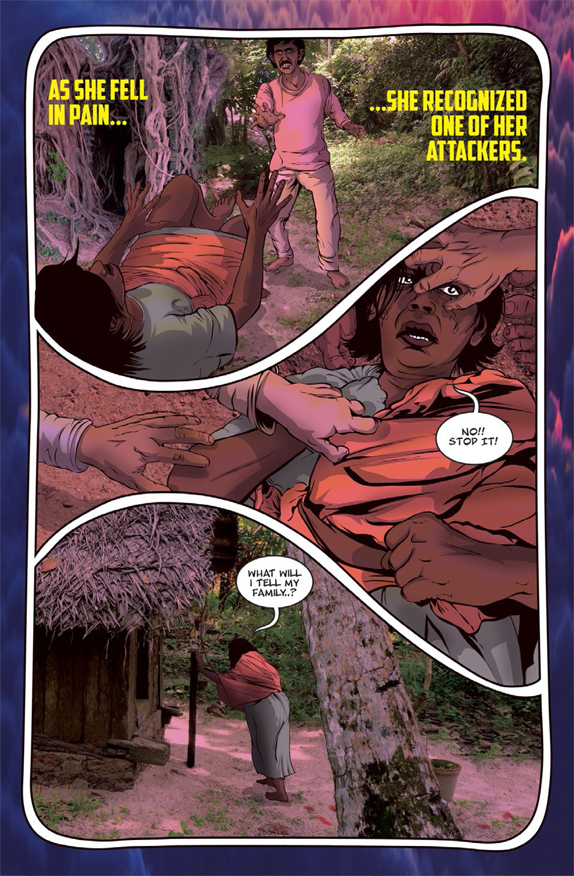 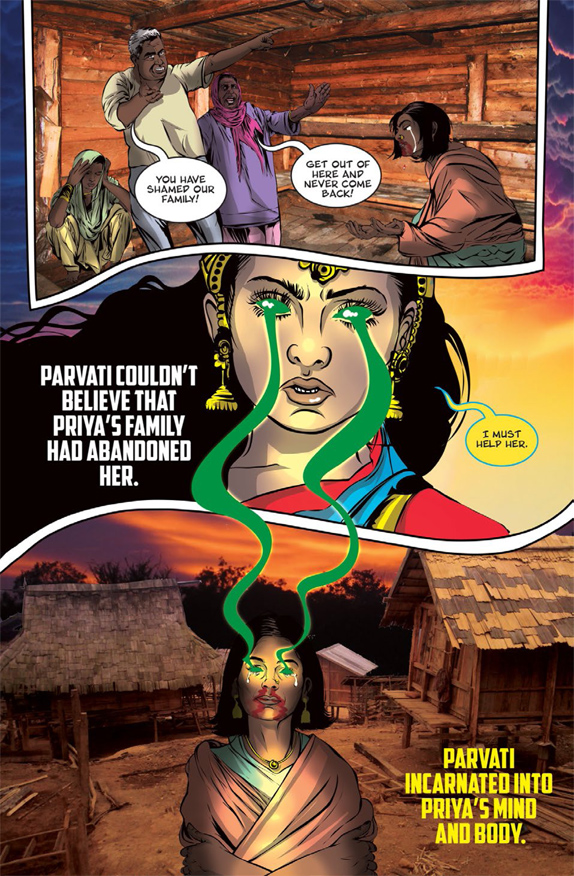 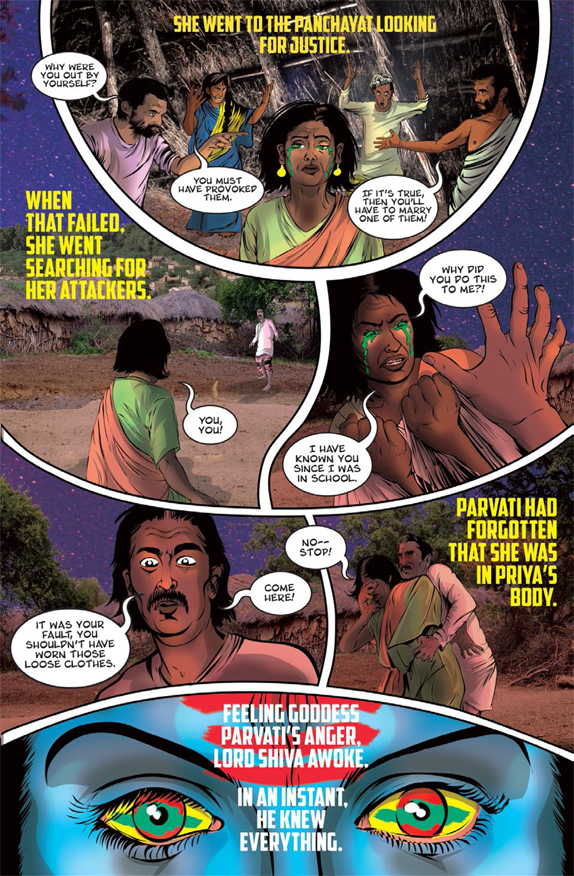 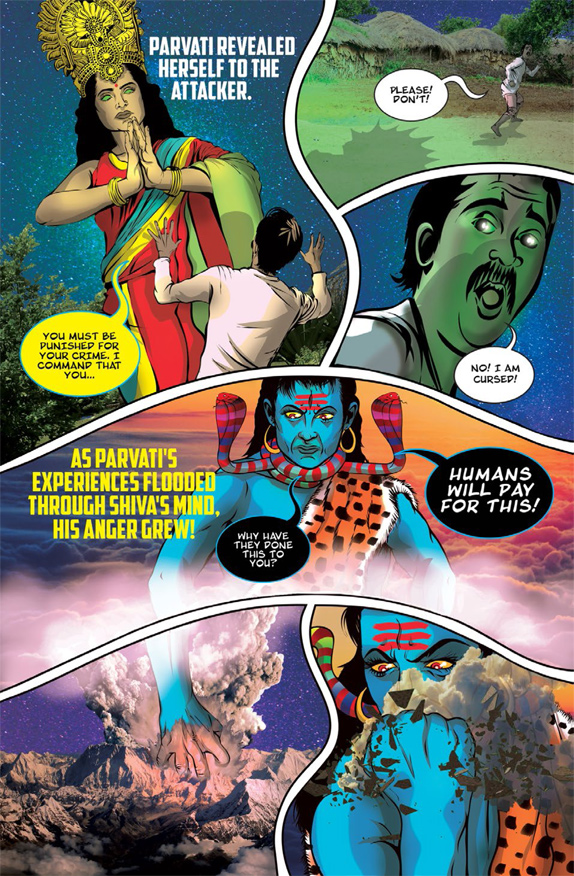 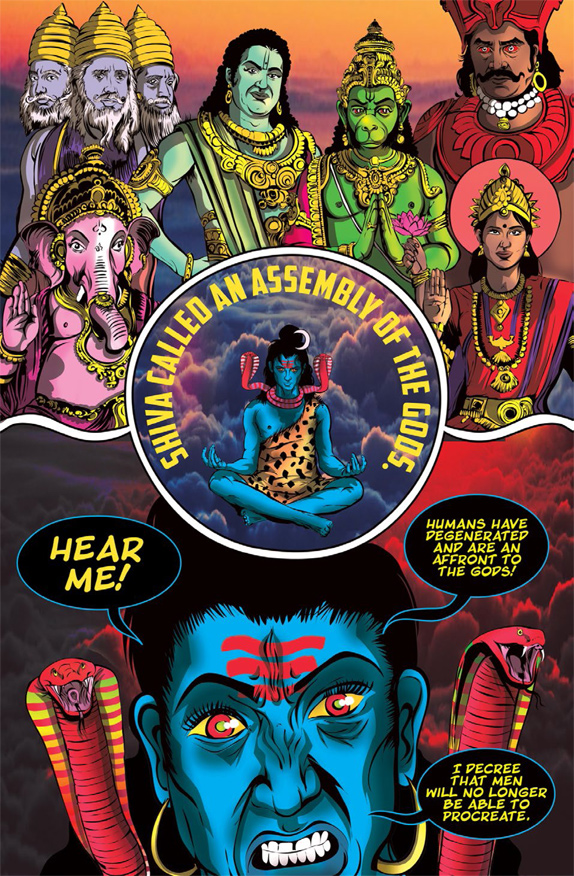 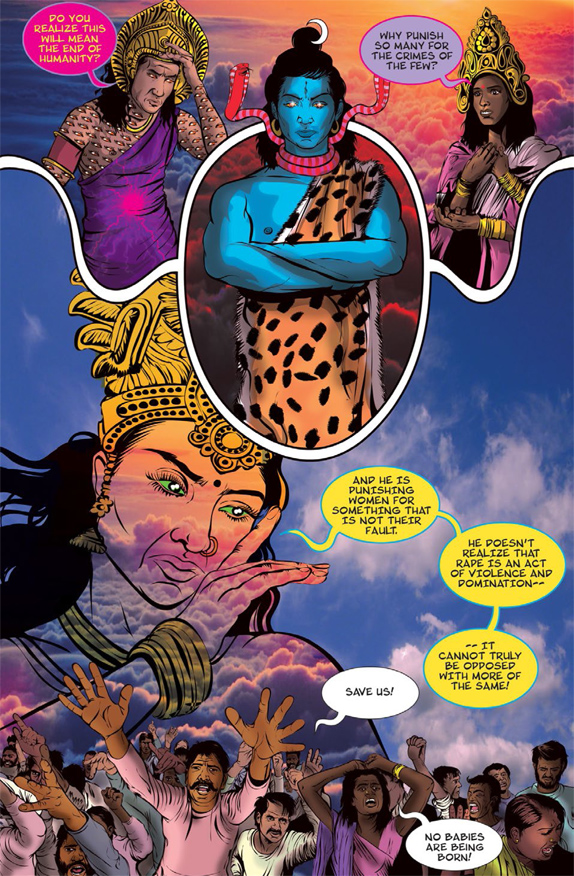 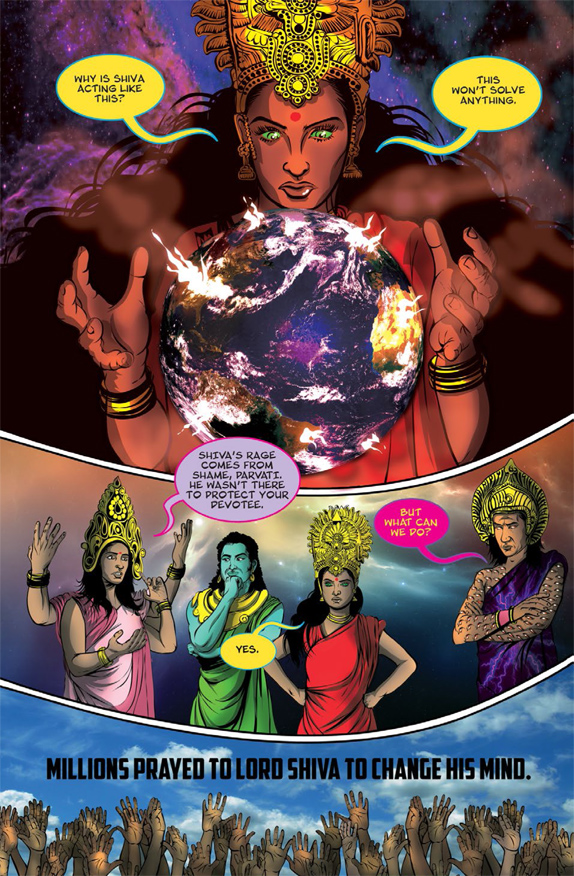 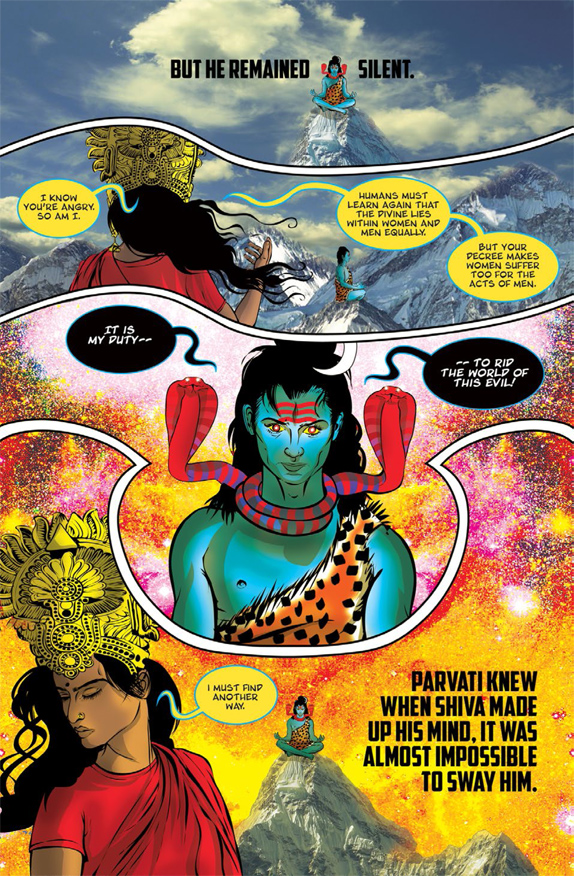 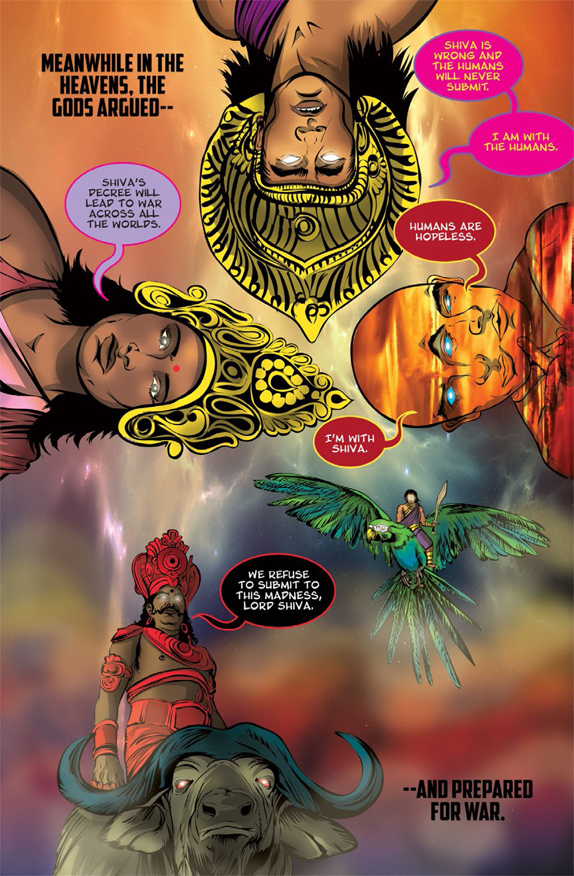 Priya’s Shakti is part of an augmented reality (AR) comic book and exhibition. The comic can be viewed in its entirety here.