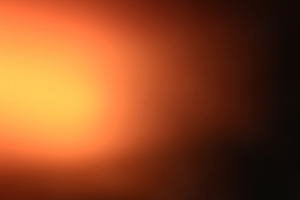 This week in the Guernica/PEN Flash series, we feature a piece by MJ McGinn. Subscribe to the series and get new flash delivered to your inbox twice a month—no spam or news, just stories.

It was my job to kill rats. To tie rats inside a metal and leather machine that held them tight, still. To stick a cigarette in their knife-point rat mouths. To light it. To wash blood from my lab coat. To calculate if smoke could kill them. To measure how long it might take. To write it all down.

Have you ever seen a rat smoke a cigarette? It’s as bizarre as a painting of bulldogs in bowler hats playing poker.

I must have watched a thousand rats die a thousand quiet deaths, watched their tiny, pink lungs devoured by ash and phlegm. Watched the white lab walls turn a sour yellow.

Once, I pulled Rat 3, group D from his cage, his little legs flopped sideways, his body as limp as a wet, boiled hot dog. I put Rat 3, group D on the gunmetal table and pumped his chest with my pointer finger to the beat of “Stayin’ Alive” by the Bee Gees.

Alive again, he squirmed between my fingers like a minnow.

I am all silence now. The ghost rats are the only ones listening. They’re waiting for me, smiling, salivating, cigarettes between their jab saw teeth, measuring the life of a man.

MJ McGinn grew up in the suburbs of Philadelphia. He is an MFA candidate and teaches creative writing at Adelphi University. He received the 2016 Robert Muroff award for creative writing and the top prize in the 2011 55-Fiction writing contest.