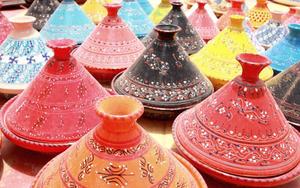 After a 24-hour journey, I’ve arrived in Marrakech, Morocco to participate in UNESCO’s Freedom of Connection, Freedom of Expression conference (Liberté de connexion, liberté d’expression), which will examine the regulation of the Internet and its effect upon free expression. I’ll be speaking on behalf of PEN about our Declaration on Digital Freedom, a concise statement of our views on free expression in the digital age that was approved in Korea in November 2012.

UNESCO has been invested in the Internet for some time and released a seminal paper on the same topic in 2011 with the same title as the conference. Freedom of expression, the authors explained, “is not just a by-product of technical change; it must be protected by legal and regulatory measures that balance a variety of potentially conflicting values and interests in a complex global ecology of choices.” PEN has enjoyed consultative status with UNESCO since the 1960s, and hopes to build upon our conversation with the agency in this important realm.

The conference is co-hosted by MISOC, the Moroccan Internet Society, and will mostly be conducted in French. Speakers will address such topics as the development of electronic media and social media, digital rights, and new technologies. Morocco appears, for the most part, to have avoided the social upheaval of the Arab Spring, and its monarch, King Mohammed VI, remains safely ensconced in his palace in Rabat. He moved the government closer to being a constitutional monarchy by granting parliament more powers in 2011 and liberalizing free speech.

Since PEN International graciously translated our Declaration on Digital Freedom, I hope to present my talk at least partly in French, helping the audience understand the unique challenges that we are confronting as our caseload increasingly includes bloggers, Tweeters, and self-published authors.