PEN Ups Pressure in Mexico as Another Journalist Is Murdered 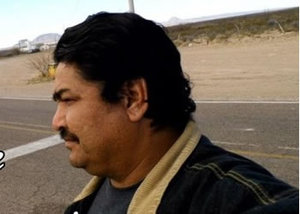 The murder this week of Jaime Guadalupe González Dominguez, who edited and reported for the community news web site Ojinaga Noticias in Ojinaga, Chihuahua, is the first killing of a colleague in Mexico since President Enrique Peña Nieto took office in December, but at least the 47th murder of a Mexican journalist since 2006. It comes as the United Nations is beginning its triennial review of the human rights situation in Mexico and as representatives of the global PEN community are preparing to return to Mexico City to assess progress in protecting journalists over the past year.

As our Rapid Action alert details, González was shot 18 times by a group of armed men with large-caliber firearms in the center of Ojinaga. He was reportedly working on the second in a series of stories about issues affecting people who work on the streets, and the web site he edited had just posted a story about recent arrests and murders in Ojinaga. González reportedly established the web site after being forced to resign as a journalist for the newspaper Contacto because of threats.

Although González is the first journalist to be gunned down for his work since President Peña was inaugurated, the overall trend in Mexico remains grim. As PEN noted this week in our submission to the Universal Periodic Review process of the United Nations, reforms the Mexican government has introduced since the country’s last human rights review have proven ineffective and superficial, and journalists continue to be killed at an alarming rate. PEN’s UPR submission, with its sobering assessment of the situation for journalists in Mexico, is here.

A year ago, a PEN delegation visited Mexico, joining Mexican writers and journalists for a powerful public event responding to the violence and holding a series of high-level meetings with government officials to press for an end to impunity for crimes against journalists and increased protections for writers and media workers. Shortly after that visit, the Mexican Senate passed legislation federalizing crimes against journalists—an important step toward ensuring more effective investigations and prosecutions of those crimes. However, related legislation necessary to implement the bill has stalled; the result is an example of what PEN calls a “cosmetic reform” in its UPR submission.

PEN will be returning to Mexico City next week to reassess progress on a number of benchmarks laid out during its January 2012 visit. Stay tuned.