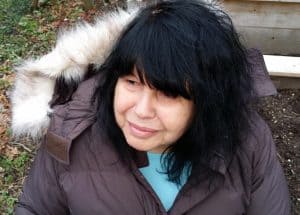 The PEN Ten is PEN America’s weekly interview series. This week, we speak with Marge Piercy, a poet, essayist, and novelist who has published 19 works and been translated into 21 languages. In this PEN Ten interview, Piercy discusses censorship, the daring of her pro-choice poems, and the writer’s responsibility to change that which needs to be changed.

Marge Piercy will be participating in the panel GENDER, POWER, AND AUTHORITARIANISM IN THE DYSTOPIAN AGE at the PEN World Voices Festival: Gender and Power on May 4, 2017. The event will take place at the New School Auditorium at 6:30pm.

When I was 15, my grandmother, who had given me unconditional love and also my sense of Judaism, died. What the rabbi said at her funeral made me angry, for it had nothing to do with who she was or her hard life. My parents sold the little asbestos house we lived in to a black doctor, and although the neighborhood was predominantly black, the boy next door who had been my on and off boyfriend poisoned my cat in revenge. He died horribly. We moved to a house my mother turned into a rooming house, and I had for the first time in my life a private room with the door that shut. Even though it was unheated, I loved it. Just before we moved, a friend of mine died of a heroin overdose. We had been close. Her pimp had hooked her to keep her whoring for him. All of these events bombarded me, and I began to write poetry seriously in an effort to make sense of my life. Shortly after that I also began to write fiction. The first story I wrote was about a couple who was renting a room from us. She miscarried and was devastated. Writing worked for me as a way of examining my life and the life of those around me that were nothing like the lives we heard about in school or saw on TV or in the movies. So at 15, I decided I was a writer.

Words, of course. Poetry more than fiction. The search for love and acceptance that ruled my early life. Cats, who have shared my life and still do so. Working for justice, freedom, and equality. Fighting oppression. Still trying to understand my life and those of the people around me and in other times and places: trying to answer in my historical novels, how the hell did we get here? In my speculative fiction novels, where are we headed and do we want to go there?

How I aborted myself at 18. I wrote about in the novel Braided Lives and also in my memoir Sleeping with Cats. I might add that whenever I read the “Rape Poem” at a public reading, at least a couple of men walk out. Also true of either sex when I read “Right to Life” or “A Day in the Life”—pro-choice poems.

In my office. I never go away to write. When I’m on the road, I rarely do more than make an occasional note. When I’ve had to do a residency, I can write poems, but not usually fiction. Here, I have my computer, my books, my good chair, my privacy, and my silence when I need it—plus my love who gives me constant support as I do him, my friends, our garden that gives us healthy organic food, and our cats who give me amusement and affection.

The same as any other citizen—to pay attention to what’s happening, to recognize myself as an agent in history, and to fight against what I think is wrong and for what I feel should happen. I use my writing, my body, my time, what money I can spare, my willingness to take risks to try to change what needs changing.

Not a collective purpose. Some writers support the status quo. Some fight it. Some prefer to ignore it. I have a common purpose with many writers around the world, but not with writers per se.

Even very dangerous books are worth reading, if only to know my enemy. I don’t think anybody has the right to censor another person’s ideas—you just fight them when they’re dangerous or demeaning. This is a time when fighting prejudice and inequality is more important than ever.

They never got me into a paddy wagon. I was rescued each time by fellow demonstrators. I was gassed several times. Under the Freedom of Information Act, I found my FBI files mostly fiction. The CIA files were far more accurate. The FBI seemed to rely on sleazy informants who were writing reports for money.

I think the people who are making 1984 a best seller have a good sense of that. For a preview of where we seem to be headed, I would recommend my own He, She and It.

Marge Piercy is a poet, essayist, and novelist. Her latest book of poetry—Made in Detroit, published by Knopf—is also her 19th. Piercy’s work has been translated into 21 languages.

The PEN Ten with Lidia Yuknavitch