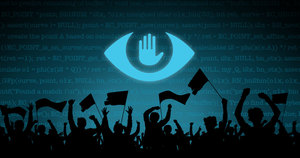 Over a year after the first news story based on Edward Snowden’s revelations broke, Congress has taken its time in enacting reform on mass surveillance. But finally, there’s some good news out of the Senate. Tomorrow, Senator Leahy is expected to introduce a version of the USA Freedom Act that includes some of the reforms highlighted in PEN’s open letter to Congress from 29 writers and artists calling for action to rein in the NSA.

Even if the USA Freedom Act is passed by the Senate without being hopelessly watered down again, there’s still a lot that needs fixing when it comes to the government’s surveillance powers. It’s important to make sure Congress knows that we’re keeping an eye on how they’re doing when it comes to reform. PEN is proud to be part of the Stand Against Spying coalition, a new initiative that presents every single Congress member’s voting record on surveillance in an easy to use report card format. Stand Against Spying also invites everyone to sign a letter to President Obama, asking him to take immediate action to end mass spying. The letter reads, in part:

“Surveillance should be targeted. It should be only what is necessary and proportionate to the alleged crime. Surveillance should be authorized by an independent court with access to a full, factual record, facing the potential for scrutiny by a public advocate. Above all, it must not sweep in the records of hundreds of millions of people with little discernment.”

As Congress slowly moves towards reform, new information about mass surveillance by the NSA, FBI, and CIA continues to emerge every day. News reports from the past month alone provide plenty of reasons to stand against spying and for NSA reform:

Stay tuned this week for more information on the USA Freedom Act’s long road through Congress. In the meantime, find out if your representatives make the grade on mass surveillance reform at Stand Against Spying.