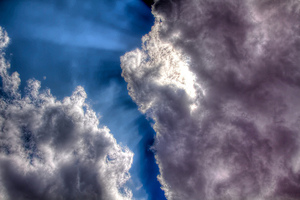 Today, PEN American Center is joining a nationwide day of action calling for reform of the Electronic Communications Privacy Act (ECPA), the law that allows the government to access your email and documents in the cloud without a warrant.

ECPA is one of the Internet’s most outdated laws—it was enacted in 1986, before most people had access to a home computer or email. While PEN’s recent survey Chilling Effects shows that writers have been outraged over reports that the NSA accesses communications without a warrant, ECPA says that hundreds of other government agencies—like the IRS, FBI, and DEA, as well as state and local law enforcement agencies—can access many of our stored emails, private social media messages, and documents in the cloud without getting a warrant from a judge. The law flies directly in the face of our Fourth Amendment values; in fact, many companies have fought back and now demand warrants before turning over customers’ communications.

Writers today often conduct research with primary sources over email and store drafts or final versions of their stories, plays, poems, or articles on computer servers located far from their homes. Protecting these writings is essential to the creative process and the nourishment of the free flow of ideas.

Bills to reform ECPA have gained support in recent months from both parties in Congress. However, legislation is now being blocked by a proposal from the Securities and Exchange Commission, which is pushing for a special carve-out for regulatory agencies to get your documents from online providers without a warrant. The SEC carve-out would significantly weaken ECPA reform.

That’s why PEN is calling on the White House to break its silence and stand up for ECPA reform. We need President Obama to tell the SEC to back down in its demands for troubling new powers and make clear that the time for ECPA reform is now.

You can take action! Please join us by signing this petition to the White House. All writers are affected by this arcane law. It’s time for the President to join tech companies, startups, advocates, and Members of Congress by supporting this commonsense, long overdue reform to ensure our privacy rights online.