PEN Outraged by New Attacks on Bangladeshi Bloggers and Publishers 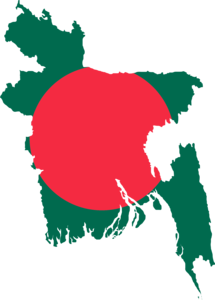 PEN American Center expressed outrage at a spate of religiously motivated attacks on Saturday, October 31 that left a Bangladeshi publisher hacked to death and three others wounded in two separate attacks on publishing houses in the Bangladeshi capital of Dhaka.  At least four atheist bloggers have been murdered for their views this year, with affiliates of the Islamic State claiming responsibility for several of the attacks. Both publishers targeted in this weekend’s attacks had published material by Bangladeshi-American blogger and writer Avijit Roy, who was hacked to death by machete in February while walking on the campus of Dhaka University.  Publisher Faisal Arefin Deepan of the Jagriti Prokashoni publishing house was found dead on Saturday in his office.  Earlier that day publisher Ahmedur Rashid Tutul and two writers were reportedly shot and stabbed by three men in the office of the Shuddhaswar publishing house, according to police. Dozens more bloggers, journalists, and activists remain at risk from local Islamist groups, who have issued several death threats in recent weeks, particularly to those who have been involved in disseminating Roy’s work.

“This reign of terror targeting bloggers, writers, and publishers based on their religious views strikes not just the bodies of these innocent intellectuals, but the heart of Bangladeshi democracy,” said PEN American Center Executive Director Suzanne Nossel. “Both the Bangladeshi government and the international community need to wake up to the urgency of this menace and take immediate steps to identify the perpetrators and safeguard Bangladesh’s terrorized community of free thinkers.”

China has expelled Caixin Media from an official list of news outlets that can be republished, a move that curtails the influence of one of the nation’s most liberal sources of information. https://bloom.bg/3B3AP5c

At least four writers have pulled out of the Frankfurt Book Fair, the biggest book fair in the world, citing concerns over the presence of far-right publishers. https://wapo.st/3jqux9F