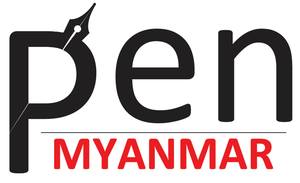 On March 15, 2016, the second session of Pyidaungsu Hluttaw (the Union Level Parliament) announced the election of presidential candidate U Htin Kyaw as the president of the Union of Myanmar for a five-year term from 2016-2020.

After gaining independence, Myanmar was ruled by successive military governments, and though a multiparty parliamentary democracy system was put into practice in Myanmar for the first time since independence, only ex-military officers have held positions of power.

However, for this new five-year term, a genuine civilian has become the president for the first time since 1962.

Moreover, President Htin Kyaw, who is the son of National Poet Sayargyi Min Thu Won, is himself an artist and writer who creates literature under the pen name “Dalaban.”

PEN Myanmar is proud to honor and is in high spirits about the newly elected president of the Union of Myanmar, U Htin Kyaw aka “Dalaban,” in accordance with existing law, who is also the first writer-president in the history of Myanmar.

PEN Myanmar has high expectations that President Htin Kyaw will try his best to secure the fundamental rights that are prescribed in the Universal Declaration of Human Rights, including the freedom of expression and the right to information, for the people of Myanmar, who have yet to fully enjoy these rights.